Serial numbers need not be strictly numerical. They may contain letters and other typographical symbol, or may consist entirely of a character string.

They are valuable in quality control, as once a defect is found in the production of a particular batch of product, the serial number will identify which units are affected.

Serial numbers may be used to identify individual physical or intangible objects (for example computer software or the right to play an online multiplayer game). The purpose and application is different. A software serial number, otherwise called product key, is usually not embedded in the software, but is assigned to a specific user with a right to use the software. The software will function only if a potential user enters a valid product code. The vast majority of possible codes are rejected by the software. If an unauthorised user is found to be using the software, the legitimate user can be identified from the code. It is usually not impossible, however, for an unauthorised user to create a valid but unallocated code either by trying many possible codes, or reverse engineering the software; use of unallocated codes can be monitored if the software makes an Internet connection.

The term serial number is sometimes used for codes which do not identify a single instance of something. For example, the International Standard Serial Number or ISSN used on magazines, journals and other periodicals, an equivalent to the International Standard Book Number (ISBN) applied to books, is assigned to each periodical. It takes its name from the library science use of the word serial to mean a periodical.

Certificates and certificate authorities (CA) are necessary for widespread use of cryptography. These depend on applying mathematically rigorous serial numbers and serial number arithmetic, again not identifying a single instance of the content being protected.

Military and government use

In the UK Royal Air Force (RAF) the individual serial takes the form of two letters followed by three digits, e.g., BT308—the prototype Avro Lancaster, or XS903—an English Electric Lightning F.6 at one time based at RAF Binbrook. [1] During the Second World War RAF aircraft that were secret or carrying secret equipment had "/G" (for "Guard") appended to the serial, denoting that the aircraft was to have an armed guard at all times while on the ground, e.g., LZ548/G—the prototype de Havilland Vampire jet fighter, or ML926/G—a de Havilland Mosquito XVI experimentally fitted with H2S radar. Prior to this scheme the RAF, and predecessor Royal Flying Corps (RFC), utilised a serial consisting of a letter followed by four figures, e.g., D8096—a Bristol F.2 Fighter currently owned by the Shuttleworth Collection, or K5054—the prototype Supermarine Spitfire. The serial number follows the aircraft throughout its period of service.

In 2009, the U.S. FDA published draft guidance for the pharmaceutical industry to use serial numbers on prescription drug packages. [2] This measure is intended to enhance the traceability of drugs and to help prevent counterfeiting.

Internet Protocol version 4 (IPv4) is the fourth version of the Internet Protocol (IP). It is one of the core protocols of standards-based internetworking methods in the Internet and other packet-switched networks. IPv4 was the first version deployed for production on SATNET in 1982 and on the ARPANET in January 1983. It still routes most Internet traffic today, despite the ongoing deployment of a successor protocol, IPv6.

In computer networking, Point-to-Point Protocol (PPP) is a Data link layer communications protocol between two routers directly without any host or any other networking in between. It can provide connection authentication, transmission encryption, and compression.

In computing, Internet Protocol Security (IPsec) is a secure network protocol suite that authenticates and encrypts the packets of data to provide secure encrypted communication between two computers over an Internet Protocol network. It is used in virtual private networks (VPNs).

An autonomous system (AS) is a collection of connected Internet Protocol (IP) routing prefixes under the control of one or more network operators on behalf of a single administrative entity or domain that presents a common, clearly defined routing policy to the internet.

A product key, also known as a software key, is a specific software-based key for a computer program. It certifies that the copy of the program is original. Activation of Online Xbox digital cards are required to remove the multiple people from particular network. Not all gift cards has a product key only some of them like Target, Best Buy, are used for security purpose(Refundable Cards). As some publishers may choose to use a different method to protect their network, or in some cases, such as free or open source software, copyright protection is not used.

LogMeIn Hamachi is a virtual private network (VPN) application written by Alex Pankratov in 2004. It is capable of establishing direct links between computers that are behind network address translation ("NAT") firewalls without requiring reconfiguration ; in other words, it establishes a connection over the Internet that emulates the connection that would exist if the computers were connected over a local area network ("LAN"). 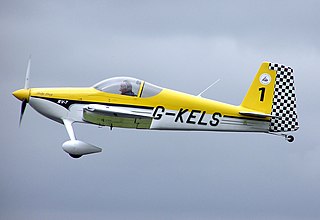 An aircraft registration, alternatively called a tail number, is a code unique to a single aircraft, required by international convention to be marked on the exterior of every civil aircraft. The registration indicates the aircraft's country of registration, and functions much like an automobile license plate or a ship registration. This code must also appear in its Certificate of Registration, issued by the relevant National Aviation Authority (NAA). An aircraft can only have one registration, in one jurisdiction, though it is changeable over the life of the aircraft.

Many protocols and algorithms require the serialization or enumeration of related entities. For example, a communication protocol must know whether some packet comes "before" or "after" some other packet. The IETF RFC 1982 attempts to define "Serial Number Arithmetic" for the purposes of manipulating and comparing these sequence numbers.

A unique identifier (UID) is an identifier that is guaranteed to be unique among all identifiers used for those objects and for a specific purpose. The concept was formalized early in the development of Computer science and Information systems. In general, it was associated with an atomic data type.

In computer networking, a port is a communication endpoint. At the software level, within an operating system, a port is a logical construct that identifies a specific process or a type of network service. A port is identified for each transport protocol and address combination by a 16-bit unsigned number, known as the port number. The most common transport protocols that use port numbers are the Transmission Control Protocol (TCP) and the User Datagram Protocol (UDP). 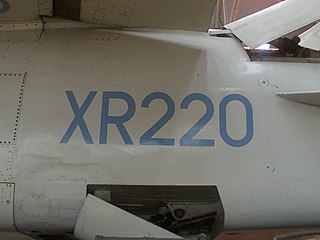 In the United States, all military aircraft display a serial number to identify individual aircraft. These numbers are located on the aircraft tail, so they are sometimes referred to unofficially as "tail numbers". On the Northrop Grumman B-2 Spirit bomber, lacking a tail, the number appears on the nose gear door. Individual agencies have each evolved their own system of serial number identification. Aircraft serials are part of the Aircraft Visual Identification System, which also includes the aircraft's tail code and Modex.

United Kingdom aircraft test serials are used to externally identify aircraft flown within the United Kingdom without a full Certificate of Airworthiness. They can be used for testing experimental and prototype aircraft or modifications, pre-delivery flights for foreign customers and are sometimes referred to as "B" class markings.