Gurera was born on 30 August 1965 in Moga, Punjab, India. He started his pre-university (11th) from DAV College, Abohar, but graduated with a degree in Science from Multani Mal Modi College at Patiala in 1986. After shifting Gurgaon, Haryana got the degree in Applied Arts from College of Art at New Delhi in 1990. [2] [3]

During 1973 Gurera's first cartoon was published in Veer Pratap, a Hindi newspaper from Punjab, as he was awarded in an on-the-spot competition. During his school days he continued his skill of cartooning and sketching as hobby only. During 1984 he professionally started contributing to Punjab Kesari as freelancer while pursuing Science graduation at Patiala. [4]

In 1999, Gurera drew a series of Kargil Kartoons, on-the-spot cartoons of Indian soldiers passing through the New Delhi railway station on their way to Kargil. The cartoons on the Kargil War were later exhibited at The Lalit Kala Academy, New Delhi on 25–31 July 1999, followed by the chain exhibition of cartoons at Jaipur, Chandigarh, Patna and Indore. [5]

Since 2001, he publishes the weekly feature Future Lens. This column features a celebrity from sports, films, politics or other fields and depicts them as they'd look with 30 years added to their present age. These pictures are created by painting digitally, which makes them look like actual photographs. [6] [7]

A chain of cartoons for the Calendar 2005 [8] and 2016 of National Productivity Council about the different ways of productivity.

In 2018, Conservation in Indian Living Demonstrated through Illustration in the booklet of 8th Regional 3R (Reduce, Recycle, Reuse) Forum. The event was organized with the cooperation of State Government of Madhya Pradesh and Government of India under the auspices of United Nations Regional Development Center (UNCRD) at Indore (April 9–12, 2018). [11]

An editorial cartoonist, also known as a political cartoonist, is an artist who draws editorial cartoons that contain some level of political or social commentary. Their cartoons are used to convey and question an aspect of daily news or current affairs in a national or international context. Political cartoonists generally adopt a caricaturist style of drawing, to capture the likeness of a politician or subject. They may also employ humor or satire to ridicule an individual or group, emphasize their point of view or comment on a particular event.

Balram Jakhar was an Indian politician, a parliamentarian and Governor of Madhya Pradesh. 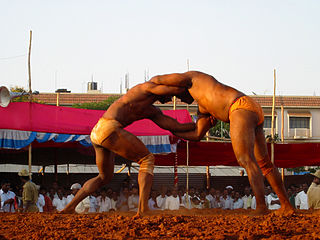 Pehlwani is a form of wrestling contested in the Indian subcontinent. It was developed in the Mughal Empire by combining Persian koshti pahlevani with influences from native malla-yuddha. The words pehlwani and kushti derive from the Persian terms pahlavani (heroic) and koshti respectively, meaning Heroic wrestling. It is likely that the word derives from the Iranian word "Pehalavi" denoting to people of Iranian descent.

Attupurathu Mathew Abraham, pen name Abu, was an Indian cartoonist, journalist, and author. He was a lifelong atheist and rationalist. 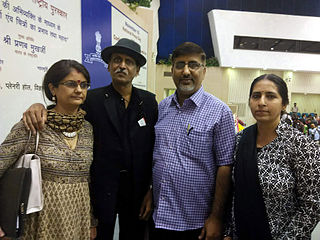 Sudhir Tailang was an Indian cartoonist. 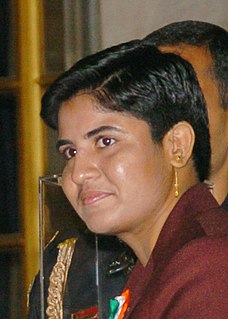 Geetika Jakhar is a prominent Indian wrestler. Geetika comes from a family of sportspersons. She got Arjuna Award - 2006. She is the only women wrestler in the history of Indian sports to be judged the Best Wrestler of the 2005 Commonwealth Games and also who won medals at Asian Games 2006 and 2014 respectively. Geetika is the first women wrestler being awarded with the Arjuna Award by Government of India in 2006. She is also a proud recipient of Bhim Award by government of Haryana. For her extraordinary achievements in the field of sports, the government of Haryana has appointed her to the post of Deputy Superintendent of Police in 2008.

Punjab Kesari is a Hindi-language newspaper published from many centres in Punjab, Haryana, Rajasthan, Himachal Pradesh and Delhi in India. It is owned by the Punjab Kesari group. It is one of the four newspapers started by the group; the other three are Hind Samachar in Urdu, Jagbani in Punjabi languages and Navodaya Times in Hindi languages from Delhi NCR.

College of Art, Delhi, established in 1942 under the arts department of the Delhi College of Engineering now the Delhi Technological University (DTU), is an art college for advanced training in Visual Art i.e. Creative and Applied Art, under the Faculty of Music & Fine Art, University of Delhi, and run by Government of NCT Delhi. It is situated on Tilak Marg, New Delhi. 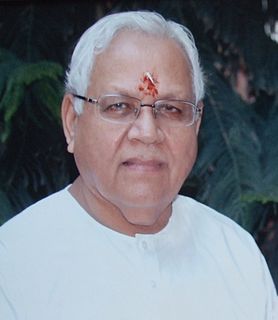 Vijay Kumar Chopra is the chief executive officer and editor in chief of the Punjab Kesari print news organisation. He is involved in social welfare work and has received a Padma Shri award. In August 2009, he was elected by the Chairman of the Press Trust of India.

Indian Institute of Cartoonists is an organisation based in Bangalore that serves to promote and preserve cartooning and cartoonists in India. Founded in 2001, the Institute hosts the Indian Cartoon Gallery with rotating exhibits focusing on different artists. It has organised more than one hundred exhibitions of cartoons.

Harish Chandra Shukla, pen name Kaak, is an Indian cartoonist who works in the Hindi language. He is the foremost Hindi cartoonist, having worked with leading newspapers such as Jansatta, Navbharat Times, Dainik Jagran, Rajasthan Patrika, and a few others, in a career spanning several decades. 'Kaak' means crow, which according to a Hindi proverb, is the bird that raises its raucous voice when someone tells a lie. 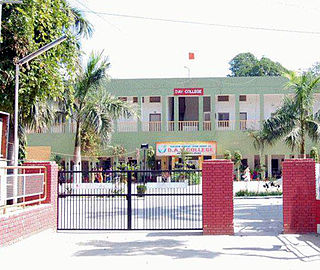 DAV College, Abohar is a degree college in the city of Abohar, Punjab, India. It is spread over 20 acres of land on Hanumangarh Road. Prem Singhmar eye surgeon and business man and philanthropist settled in Canada was student of Pre Medical in the year 1966-67. He came from village Dharmapura.

The Matri Shree Media Award is a series of awards for outstanding performance in different areas of journalism and related fields awarded in New Delhi, India. This award was established during the days of The Emergency (India) in 1975. Since then, this award has been awarded annually to 25 outstanding candidates in print journalism and electronic media. Starting in 2000, Indian filmmakers were also eligible to receive awards. Senior Journalist Dinesh Sharma is the convener of the award committee. 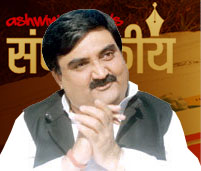 Ashwini Kumar Chopra, was a senior journalist and resident editor of the Punjab Kesari, in Delhi. He got elected to 16th Lok Sabha from Karnal as a candidate of the Bharatiya Janata Party, and was the eldest son of the third generation from the journalists' family who own the Hindsamachar group of newspapers. During the days of terrorism in Punjab, his grandfather Lala Jagat Narain and father Romesh Chander were assassinated in 1981 and 1984 respectively. In their collective bid to curb terrorism through a drive by the journalists and activists, Punjab Kesari is commonly called the newspaper of martyr journalists.

Navodaya Times is a Hindi-language newspaper established in 2013 and published from Delhi. It is owned by the Punjab Kesari group. It is one of the four newspapers started by the group; the other three are Punjab Kesari, Hind Samachar in Urdu and Jagbani in Punjabi languages.

Thomas Samuel (1925-2012), a.k.a. T. Samuel or Samuval, was a cartoonist from Kerala who published under the name 'Samuel'. He is considered to be the father of box or pocket cartoons in India.

Prithvi Singh Azad (1892–1989) was an Indian independence activist, revolutionary and one of the founder members of Ghadar Party. He suffered incarceration several times during the pre-independence period, including a term in the Cellular Jail. After the Indian independence, he served as the minister of labor and local self-government in the Bhim Sen Sachar ministry in the state of Punjab. He was also a member of the first Constituent Assembly of India. The Government of India awarded him the third highest civilian honour of the Padma Bhushan, in 1977, for his contributions to society.

B. V. Ramamurthy was an Indian cartoonist from Bangalore. His regular cartoons were published in newspapers such as the Deccan Herald, Prajavani, Mayura and Sudha from Karnataka. The cartoon column titled Mr. Citizen became popular among newspaper readers. The cartoonist tried to bring out the issues of a common man and also issue of ongoing political developments for over 33 years.

Raja Nahar Singh Faridabad Air Force Logistics Station (RAFLS), the 54 ASP logistics base of the Indian Air Force's Western Air Command (WAC), is located at sector-50 of Dabua colony of Faridabad city in Haryana state of India. Headed by a Logistics Group Captain, it is home of the Guard Dog Training Unit and the 56th Air Storage Park.