Soup to Nuts is an American Pre-Code feature film written by cartoonist, sculptor, author, and inventor Rube Goldberg and directed by Benjamin Stoloff. It was the film debut of the original four members who would later, minus Ted Healy, go on to become known as The Three Stooges comic trio (Shemp Howard, Moe Howard, and Larry Fine). Goldberg made a cameo appearance in the film as himself, opening letters in a restaurant. Several other comedians are also featured.

Ted Healy is a salesman for the Schmidt Costume Shop who likes to hang out at the fire station where Moe (billed as "Harry Howard"), Larry, and Shemp (along with Fred Sanborn) work. Old man Schmidt spends more time building crazy inventions (typical of devices by writer/cartoonist Rube Goldberg) than tending to his business; as a consequence he is bankrupt and his business is taken over by his creditors, who send a young man named Carlson to manage the business. Carlson immediately falls for Mr. Schmidt's niece, Louise, but she resists him.

Meanwhile, a certain General Avocado wants to organize a revolution in San Stevedore and comes to the costume shop to order uniforms; sadly his army flees in fright without paying at the sound of a child bursting a toy balloon. Ted also swings a deal with the Fire Department to supply costumes for the fireman's ball. Carlson wants to take Louise, so Ted hatches a plan to take Louise, and have himself and Carlson dressed alike, then switch places at the ball. When Louise learns of the switch, she runs back to the shop and locks herself in her room. Carlson chases her home, and unknowingly starts a fire while trying to persuade her to come out. The firemen (the Stooges) arrive to extinguish the blaze — with the unexpected help of one of Old Man Schmidt's inventions — and at last Louise and Carlson are a couple.

This film was released before Shemp, Moe & Larry first broke out on their own and toured as "Howard, Fine & Howard: Three Lost Soles" from Fall 1930 to mid-1932. They rejoined Healy in July 1932 for the Broadway revue PASSING SHOW OF 1932, but Healy quit during rehearsals, which subsequently prompted Shemp Howard to leave on August 19, 1932 (he remained with PASSING for a time, and then began a solo career, landing at Brooklyn's Vitaphone Studios in May 1933). Younger Howard brother Jerry replaced Shemp on August 20, 1932, and Ted Healy's stooges became Moe, Larry & Curly. The Stooges finally split from Healy in March 1934, and became The Three Stooges at Columbia Studios. (When Curly was debilitated by strokes years later, Shemp reluctantly abandoned his solo career and returned to the Stooges). In Soup To Nuts, Shemp appears to be the "leader" of the three. He has most of the dialogue and does a lot of the pushing and hitting. Plus, Shemp was billed before the other two in the credits. Also note that Moe was credited as "Harry Howard."

In the film, the Stooges use one of their longest running gags. This same gag was used not only in many of their short films but also in their final feature film Kook's Tour .

This is the first film where the Stooges sing a cappella style: "You'll Never Know What Tears Are" as well as the only time they sang it in a film with Shemp. 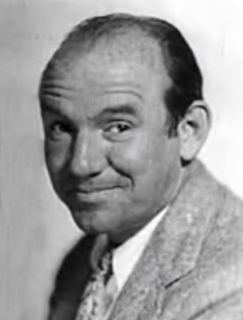 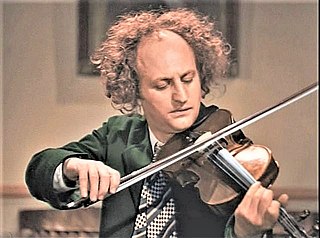 Samuel Horwitz, known professionally as Shemp Howard, was an American actor and comedian. He was called "Shemp" because "Sam" came out that way in his mother's thick Litvak accent. He is best-known as the third Stooge in the Three Stooges, a role he played when the act began in the early 1920s (1923–1932), while it was still associated with Ted Healy and known as "Ted Healy and his Stooges"; and again from 1946 until his death in 1955. During the fourteen years between his times with the Stooges, he had a successful solo career as a film comedian, including series of shorts by himself and with partners, and reluctantly returned to the Stooges as a favor to his brothers Moe and Curly.

Uncivil Warriors is a 1935 short subject directed by Del Lord starring American slapstick comedy team The Three Stooges. It is the eighth entry in the series released by Columbia Pictures starring the comedians, who released 190 shorts for the studio between 1934 and 1959.

Beer and Pretzels is the second of five short films starring Ted Healy and His Stooges released by Metro-Goldwyn-Mayer on August 26, 1933. A musical-comedy film, the film also featured Bonnie Bonnell, Healy's girlfriend at the time. 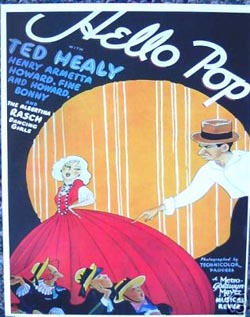 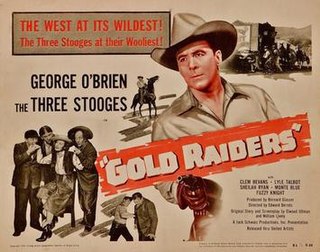 A Snitch in Time is a 1950 short subject directed by Edward Bernds starring American slapstick comedy team The Three Stooges. It is the 128th entry in the series released by Columbia Pictures starring the comedians, who released 190 shorts for the studio between 1934 and 1959.

Shivering Sherlocks is a 1948 short subject directed by Del Lord starring American slapstick comedy team The Three Stooges. It is the 104th entry in the series released by Columbia Pictures starring the comedians, who released 190 shorts for the studio between 1934 and 1959. 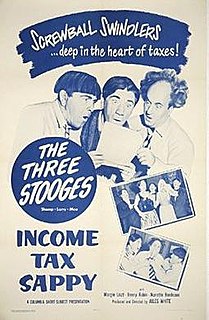 Income Tax Sappy is a 1954 short subject directed by Jules White starring American slapstick comedy team The Three Stooges. It is the 153rd entry in the series released by Columbia Pictures starring the comedians, who released 190 shorts for the studio between 1934 and 1959.

Fred Sanborn was an American vaudeville performer, actor, and musician. He was most notable as a member of Ted Healy's comedy troupe Ted Healy and his Southern Gentlemen. 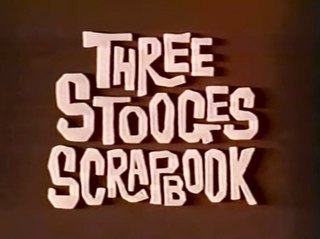 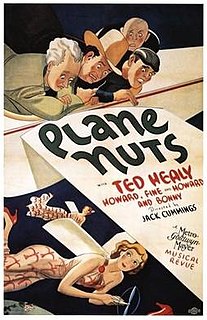