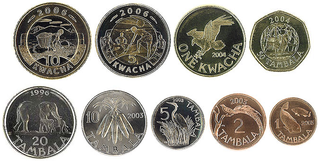 The kwacha is the currency of Malawi as of 1971, replacing the Malawian pound. It is divided into 100 tambala. The kwacha replaced other types of currency, namely the British pound sterling, the South African rand, and the Rhodesian dollar, that had previously circulated through the Malawian economy. The exchange rate of the kwacha undergoes fixed periodical adjustments, but since 1994 the exchange rate has floated. In 2005, administrative measures were put in place by Bingu wa Mutharika to peg the exchange rate with other currencies. Banknotes are issued by the Reserve Bank of Malawi. In May 2012, the Reserve Bank of Malawi devalued the kwacha by 34% and unpegged it from the United States dollar. 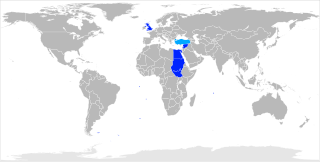 A pound is any of various units of currency in some nations. The term originated in the Frankish Empire as a result of Charlemagne's currency reform and was subsequently taken to Great Britain as the value of a pound (weight) of silver. As of May 2022, this amount of silver was worth approximately £195 sterling. 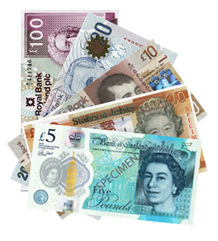 The South African rand, or simply the rand, is the official currency of the Southern African Common Monetary Area: South Africa, Namibia, Lesotho and Eswatini. It is subdivided into 100 cents. 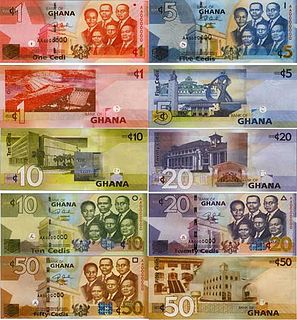 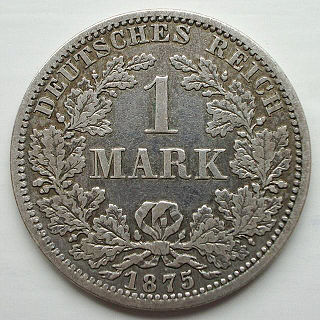 The mark was a currency or unit of account in many states. It is named for the mark unit of weight. The word mark comes from a merging of three Teutonic/Germanic words, Latinised in 9th-century post-classical Latin as marca, marcha, marha or marcus. It was a measure of weight mainly for gold and silver, commonly used throughout Europe and often equivalent to eight ounces. Considerable variations, however, occurred throughout the Middle Ages.

The Sudanese dinar was the currency of Sudan between 1992 and 2007. Its ISO 4217 code was "SDD" and had no official subdivision. It replaced the first Sudanese pound and, in turn, was replaced by the second Sudanese pound.

The Sudanese pound is the basic unit of the Republic of the Sudan. The pound is subdivided into 100 piastres or qirsh (قرش) in Arabic. The pound is issued by the Central Bank of Sudan. The pound was the currency of the Union of South Africa from the formation of the country as a British Dominion in 1910. It was replaced by the rand in 1961 when South Africa became a republic.

The South Sudanese pound is the official currency of the Republic of South Sudan. It is subdivided into 100 piasters. It was approved by the Southern Sudan Legislative Assembly before secession on 9 July 2011 from Sudan. 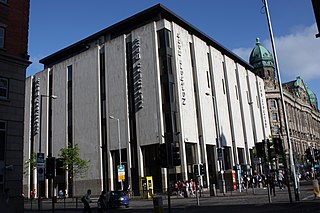