The St. Luke's Medical Center in Quezon City serves as the university hospital of the Trinity University of Asia, the first Protestant Episcopalian university in Asia.

St. Luke’s was established in 1903 by American Episcopalian missionaries as a charity ward and dispensary hospital. St. Luke's started out as fully free outpatient clinic for the poor in Calle Magdalena, Tondo. It also supports and conducts medical, dental and surgical missions in rural areas. It was transformed into an independent, non-sectarian, non-stock, non-profit corporation in the 1970s.

St. Luke's Medical Center Inc. maintains two hospitals, one in Quezon City and another at the Bonifacio Global City in Taguig. SLMC is based in the Quezon City Hospital while the Taguig hospital is a wholly owned corporation of the Quezon City-based SLMC. [5] The institution also plans to establish a third hospital in Davao City, the construction of which is set to begin mid-2019. [6]

There is also an extension clinic located in Ermita, Manila. The extension clinic caters primarily to those patients seeking medical examination requirements for Visa application for US, Australia, Canada, and New Zealand. 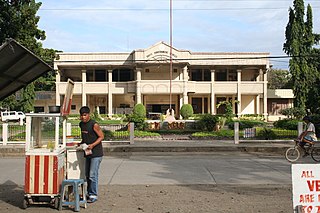 Digos, officially the City of Digos, is a 2nd class component city and capital of the province of Davao del Sur, Philippines. According to the 2015 census, it has a population of 169,393 people.

Sagada, officially the Municipality of Sagada is a 5th class municipality in the province of Mountain Province, Philippines. According to the 2015 census, it has a population of 11,127 people.

Trinity University of Asia, also known as TUA or simply Trinity, is a non-sectarian private university located in Quezon City, Philippines. Formally established in 1963 as an elementary, high school and collegiate educational institution by the Protestant Episcopalians, it dates back its earliest establishment in 1907 when the Trinity University of Asia - St. Luke's College of Nursing, its oldest organic academic unit, was established under the St. Luke's Hospital, the present day St. Luke's Medical Center. It later acquired its university status on July 18, 2006. 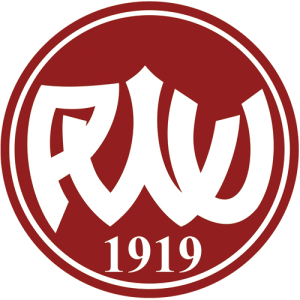 The Philippine Women's University is a non-stock, non-profit, non-sectarian educational institution for men and women from kindergarten to tertiary level. 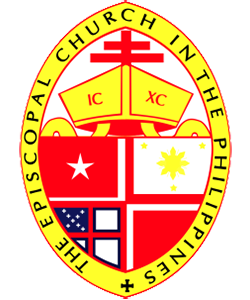 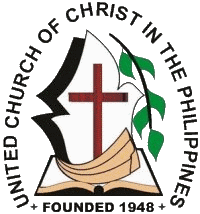 Metro Pacific Investments Corporation (MPIC) is a Philippine-based unit investment holding company of First Pacific Company Limited through Metro Pacific Holdings, Inc. MPIC through its subsidiaries, provides water, sanitation, and sewerage services and also operates in real estate, and infrastructure projects. It also invests in some hospitals in the Philippines.

Albert Ervine Swift was a bishop of the Episcopal Church in the United States of America.

St. Luke's Medical Center – Global City is a hospital at the Bonifacio Global City in Taguig, Metro Manila, Philippines. It is the sister facility of the hospital of the same name in Quezon City. Both are affiliated with the Episcopal Church of the Philippines.

Leopoldo "Bong" Jumalon Vega is a Filipino physician, surgeon and former hospital administrator serving as an undersecretary of the Department of Health since 2020. Prior to joining the administration of President Rodrigo Duterte, he served as medical center chief of the state-run Southern Philippines Medical Center in Davao City for twelve years. On July 13, 2020, Vega was appointed to the National Task Force Against Coronavirus under the Inter-Agency Task Force on Emerging Infectious Diseases as COVID-19 Treatment Czar.