Statistics Denmark (Danish : Danmarks Statistik [1] ) is a Danish governmental organization under the Ministry of the Interior and Housing [2] and which reports to the Minister of Economic and Internal Affairs. [3] The organization is responsible for creating statistics on the Danish society, [2] for example employment statistics, trade balance, and demographics.[ citation needed ]

Statistics Denmark makes large use of public registers in the statistical production. Population censuses have been produced entirely from registers since 1981.[ citation needed ]

StatBank is a large statistical database maintained by the central authority of statistics in Denmark. [4] Online distribution of statistics has been a part of the dissemination strategy in Denmark since 1985. It is updated every day at 9.00 am (CET) and contains all new statistics. The statistics can be presented as cross-tables, diagrams or maps. The output can be transferred to other programs for further compilation.[ citation needed ] There is also a Danish version. [5]

Statistics in Denmark has a long history[ clarification needed ]; the first population census in Denmark was conducted in 1769. [6]

Statistics Denmark was founded in January 1850, following the introduction of democracy to Denmark, [6] [7] [3] as the "Statistical Bureau". [3]

Independence: The cornerstone of statistics

The Act on Statistics Denmark grants access to the basic data necessary to produce the statistics. The Act states that public authorities must supply the information they possess when requested to do so by Statistics Denmark. [8] Decisions on this must be settled by the Board. The private sector is also obliged to supply certain information for statistical purposes. The last population census was conducted in 1970. Censuses are now exclusively based on administrative registers private citizens now only participate in surveys on a voluntary basis. In accordance with these principles, Statistics Denmark has striven to develop a statistical system which is almost entirely based on the administrative registers of other public offices. Other collection methods are employed where necessary, but are only regarded as a supplement.[ citation needed ]

Statistics Denmark's electronic data bank (Statbank.dk) is available free-of-charge in Danish or English for any user. [4] [5] It includes almost all statistics produced in-house. When new general statistics are published in News from Statistics Denmark, the same data are made available at the same time from the data bank but in a far more detailed form.[ citation needed ]

Since the collected data normally offers opportunities to make other combinations and distributions than those published or provided through standard assignments, Statistics Denmark also undertakes special customised projects.[ citation needed ]

As a member of the EU, Denmark participates in a binding agreement on the compilation, preparation and dissemination of statistics. Although the requirements on statistical output coincide, to a certain extent, with Denmark's national needs, considerable resources are devoted to the fulfilment of Danish obligations.[ citation needed ]

Statistics Denmark is also actively involved in the United Nations Statistical Commission, the Conference of European Statisticians (CES), the Organisation for Economic Cooperation and Development, the International Monetary Fund, and the International Labour Organization. [10]

Statistics Denmark has an International Consulting division, which co-ordinates technical co-operation. This unit initially focused its activities on transition countries in Central and Eastern Europe, but has gradually widened both the scope of its activities and the range of countries with which it is involved.[ citation needed ]

Danes are a North Germanic ethnic group and nationality native to Denmark and a modern nation identified with the country of Denmark. This connection may be ancestral, legal, historical, or cultural. 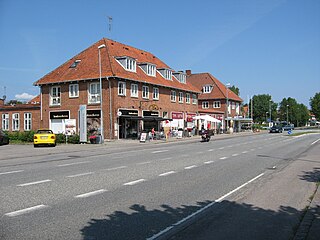 Humlebæk is a town within the municipality of Fredensborg in North Zealand in Denmark, approximately 35 km north of Copenhagen. Humlebæk is located at the shore to Øresund and has a population of 9,758 (2022). 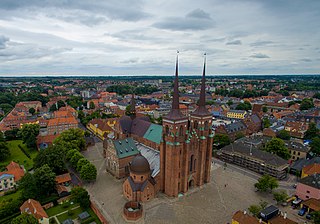 In January 2020, 74.4% of the population of Denmark were registered members of the Church of Denmark, the officially established church, which is Protestant in classification and Lutheran in orientation. This is down 0.6% compared to the year earlier and 1.2% down compared to two years earlier. Despite the high membership figures, only 3% of the population regularly attend Sunday services, and only 19% of Danes consider religion to be an important part of their life. 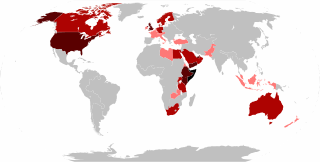 The Somali diaspora or Qurbajoogta refers to Somalis who were born in Greater Somalia and reside in areas of the world that they were not born in. The civil war in Somalia greatly increased the size of the Somali diaspora, as many Somalis moved from Greater Somalia primarily to Europe, North America, Southern Africa and Australia. There are also small Somali populations in other pockets of Europe and Asia. The UN estimates that in 2015, approximately 2 million people from Somalia were living outside of the country's borders.

The Danish Realm, officially the Kingdom of Denmark, is a sovereign state located in Northern Europe and Northern North America. It consists of metropolitan Denmark, the kingdom's territory in continental Europe and sometimes called "Denmark proper", and the realm's two autonomous countries: the Faroe Islands and Greenland. The relationship between the three parts of the Kingdom is also known as The unity of the Realm.

Heritable family names were generally adopted rather late within Scandinavia. Nobility were the first to take names that would be passed on from one generation to the next. Later, clergy, artisans and merchants in cities took heritable names. Family names (surnames) were still used together with primary patronyms, which were used by all social classes. This meant that most families until modern times did not have surnames. Scandinavian patronyms were generally derived from the father's given name with the addition of a suffix meaning 'son' or 'daughter' or by occupation like Møller - naming tradition remained commonly used throughout the Scandinavian countries during the time of surname formation. Forms of the patronymic suffixes include: -son, -sen, -fen, -søn, -ler, -zen, -zon/zoon, and -sson .

Skjern is a railway town located in western Jutland, Denmark with a population of 7,862. 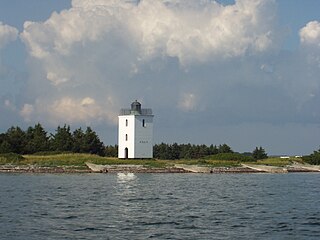 Bågø is a small Danish island located in the Little Belt 5 km north-west of Assens on the island of Funen belonging to Assens Municipality. With an area of 6.2 km2 (2.4 sq mi), as of 1 January 2015 it has a population of 25. The island is divided into three low slopes reaching a maximum height of 8 meters above sea level. Essentially an agricultural community, the island's population has decreased drastically since 1950. The village, Bågø By, with its large farm houses lies at the centre of the island. There is a ferry connection with Assens.

Christianity is a prevalent religion in Denmark; in January 2020, 74.3% of the population of Denmark were members of the Church of Denmark. According to a survey based on a sample 1,114, 25% of Danes believe Jesus is the son of God, and 18% believe he is the saviour of the world. Aside from Lutheranism, there is a small Catholic minority, as well as small Protestant denominations such as the Baptist Union of Denmark and the Reformed Synod of Denmark.

Jan Ejnar Jørgensen is a Danish politician, who is a member of the Folketing for the Venstre political party. He was elected into parliament in the 2011 Danish general election.

Børkop is a railway town in Vejle Municipality, Region of Southern Denmark in Denmark. It is located at the railroad between the cities of Vejle and Fredericia and is served by Børkop railway station. It has a population of 6,319.