The film was remade in 1925, with Mary Philbin in the title role.

Stella Maris (Mary Pickford) was born paralyzed and is unable to walk. Her wealthy guardians try to prevent her from being exposed to all the bad that is happening in the world. She is not allowed to leave her room in a London mansion and is bound to her bed. Her door even has a sign on it which says: "All unhappiness and world wisdom leave outside. Those without smiles need not enter." [1] Stella has no idea a war is going on in the world and that there are poor and hungry people.

John Risca (Conway Tearle) is a well-known journalist and a friend of the family. He has been unhappily married to Louise for six years now and frequently visits Stella. John wants Stella to think he is perfect and lies about being unmarried. Louise, meanwhile, wants a servant in her house and hires orphan Unity Blake (also Mary Pickford). Unity is uneducated and has been deprived and mistreated for her entire life. This resulted in her being afraid of everyone.

One night, a drunk Louise orders Unity to get some groceries. Unity does what she is told and on her way back, the food is stolen by kids. She returns to the home only to be beaten by an outraged Louise. Unity is severely hurt and Louise gets arrested. It is announced she will have to serve three years in prison. John is kinder to Unity and adopts her. Unity is very grateful and falls in love with him. John himself is only interested in Stella. John wishes Unity to be raised at the Blount's residence, but they don't want her. They prevent her from meeting Stella, fearing Stella will notice there are suffering people in the world. They finally convince John to raise Unity at Aunt Gladys' house.

In order to make John fall in love with her, Unity starts to educate herself with Aunt Gladys' help. For the first time, Unity finally feels like she belongs in a loving home and Aunt Gladys is the closest she has to having a caring mother. Meanwhile, Stella gets an operation and is able to walk after three years. She meets John and they fall in love. One day she decides to give John a surprise visit. Louise, who has just been released from jail, opens the door and tells Stella the truth about her marriage. Stella is heartbroken upon learning that he lied to her about his marriage. Feeling betrayed, she tells John to leave her alone and refuses to talk to her family upon seeing how much sadness and pain are in the world.

Meanwhile, Unity uses one of John's suits and pretends he is asking her to marry him. When he comes home heartbroken over losing Stella, she tries to busy herself with work. As she hears Aunt Gladys' concerns about John's inability to be free to love Stella while Louise lives, Unity realizes she and John can never be a couple. At her relatives' home, Stella reconciles with them and comes to the realization that while there will be sadness and pain in the world, there are also joy and happiness that follows it.

At Aunt Gladys' home, Unity shoots Louise in her bed. The next day, at Aunt Gladys' home, John receives a suicide note from Unity. Aunt Gladys convinces Stella's wealthy relatives to give John another chance and not think badly about Unity for she helped free him from his abusive wife. John is reunited with Stella and they get married.

Like many American films of the time, Stella Maris was subject to cuts by city and state film censorship boards. For example, the Chicago Board of Censors required a cut of the shooting by Unity. [2]

Stella Maris still exists with copies preserved at the Mary Pickford Institute for Film Education and the Library of Congress. [3] 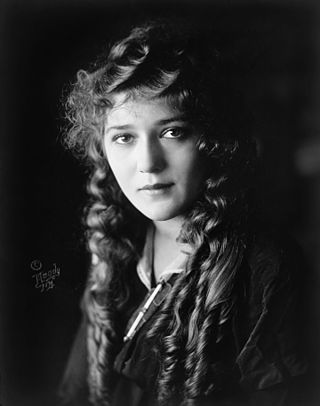 Gladys Marie Smith, known professionally as Mary Pickford, was a Canadian-American stage and screen actress and producer with a career that spanned five decades. A pioneer in the US film industry, she co-founded Pickford–Fairbanks Studios and United Artists, and was one of the 36 founders of the Academy of Motion Picture Arts and Sciences. Pickford is considered to be one of the most recognisable women in history. 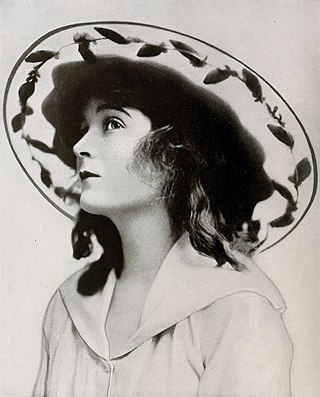 Bucking Broadway is a 1917 American silent Western film directed by John Ford, probably his sixth feature film. Long thought to be lost, along with about 60 of Ford's 70 silent films, it was found in 2002 in the archives of the CNC. It was subsequently restored and digitized and is available on the Criterion Blu-Ray of John Ford's Stagecoach. 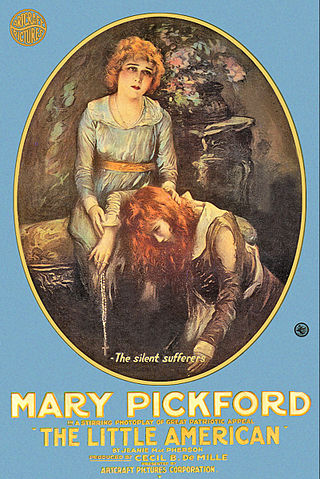 Stella Maris is a 1925 American silent drama film directed by Charles Brabin, written by Mary Alice Scully and based on a William J. Locke's 1913 novel. The film is a remake of the 1918 version, starring Mary Pickford.

M'Liss is a 1918 American silent comedy drama film directed by Marshall Neilan, written by Frances Marion and based on a Bret Harte story. The film was made previously in 1915 and was remade again in 1922 as The Girl Who Ran Wild, starring Gladys Walton. Another same-titled remake was released in 1936, starring Anne Shirley. 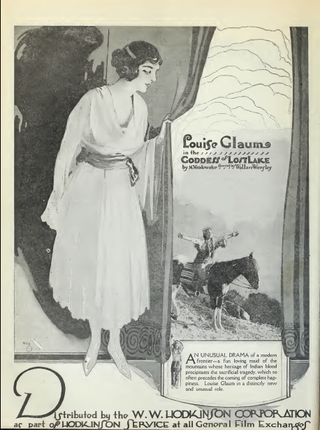 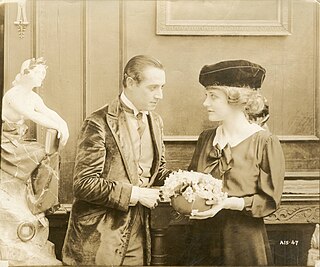 The Rise of Jennie Cushing is a 1917 American silent drama film directed by Maurice Tourneur, produced by Famous Players-Lasky, and distributed by Artcraft Pictures, an affiliate of Paramount Pictures. The story based upon the novel The Rise of Jennie Cushing by Mary Watts and stars Broadway's Elsie Ferguson. The film marked Ferguson's second motion picture. It is a lost film.

Mile-a-Minute Kendall is a 1918 American silent drama film directed by William Desmond Taylor and released by Paramount Pictures. Jack Pickford plays the title role, a wealthy, rakish young man who falls for a gold digger. The "beautiful but unscrupulous fortune hunter" who tempts Kendall is played by Lottie Pickford, Jack's sister; a contemporary review in Variety noted that "the idea of a sister 'vamping' her own brother is not exactly palatable." Louise Huff plays the "good girl" in the story.

Johanna Enlists is a 1918 silent film comedy drama produced by and starring Mary Pickford with distribution by Paramount Pictures. The film was directed by William Desmond Taylor from a short story by Rupert Hughes, The Mobilization of Johanna. Frances Marion, a frequent Pickford collaborator, wrote the scenario. The film was made at a time during World War I when sentimental or patriotic films were immensely popular. It was an early starring vehicle for Monte Blue, the male lead opposite Pickford. The film survives in several prints, including one at the Library of Congress.

The Panther Woman is a 1918 American drama film directed by Ralph Ince and starring Olga Petrova. It was written by Mary Murillo based upon the 1895 novel Patience Sparhawk and Her Times by Gertrude Atherton and released in October 1918 by First National.

Marcia Manon was a film actress active during the silent film era of the 1910s and 1920s. She was a supporting player who worked with stars Mary Pickford, John Barrymore, Ethel Clayton, William S. Hart, and Wallace Reid. She retired from movies with the coming of sound film.

Wikimedia Commons has media related to Stella Maris (1918 film) .
This page is based on this Wikipedia article
Text is available under the CC BY-SA 4.0 license; additional terms may apply.
Images, videos and audio are available under their respective licenses.