The Unpardonable Sin is a 1919 American silent drama/propaganda film set during World War I. The film was produced by Harry Garson, directed by Marshall Neilan, written by Kathryn Stuart, and stars Neilan's wife, Blanche Sweet, who portrays dual roles in the film. The Unpardonable Sin is based on the novel of the same name by Rupert Hughes. [1] The Silent Era site reports that it is not known whether the film currently survives, [1] suggesting that it is a lost film. However, at least part of it did turn up in the Dawson Film Find, so some of it at least survives.

As described in a film magazine, [2] the film follows two American sisters, Alice and Dimny Parcot (Sweet in a dual role). Alice and their mother (Alden) are stranded in Belgium when World War I breaks out. Both are raped by German soldiers. Dimny, who is still in the United States, is found by Nol Windsor (Moore), a medical instructor, in a faint on the street. He takes her to his home and learns she is bound for Belgium in search of her mother and sister. Nol is going over to Belgium for the Commission for Relief in Belgium, and they apply for passports at the same time. Dimny is refused a passport because she is single, so they agree to marry in name only to facilitate their travel. In Belgium they meet Colonel Klemm, the German officer who outraged her sister Alice, and he mistakes Dimny for his victim. After undergoing many insults and affronts, Nol and Dimny finally find Alice and her mother, secure passports for them, and they start for the Dutch border. When Colonel Klemm lures Dimny to his quarters and attacks her, Nol arrives in time to rescue her, and a race to the border begins. They eventually escape and Nol and Dimny find happiness.

Like many American films of the time, The Unpardonable Sin was subject to cuts by city and state film censorship boards. For example, upon its release, the film was banned by the Kansas Board of Review due to its depiction of rape. [3] The censorship board of Milwaukee, Wisconsin, initially banned the film but after protests in the press authorized the showing of the film with cuts, in Reel 1, of the scene showing Blanche Sweet standing against the wall with clothing disheveled and the shadow of a soldier next to her, Reel 2, portion of scene with Belgian priest where he falls, the intertitle "On every side the cruel reminder of motherhood.", scene of soldiers using machine gun on people and people falling, Reel 4, the intertitle "At Malines they encountered Suslich, whose specialty is searching pretty women. He to whom chastity is hard should be counseled against it.", and to eliminate all searching of woman scenes where her clothing is torn off by brutal soldiers. [4] 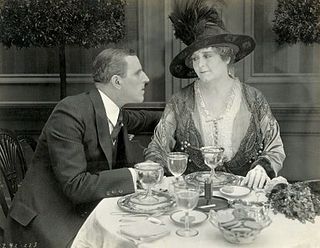 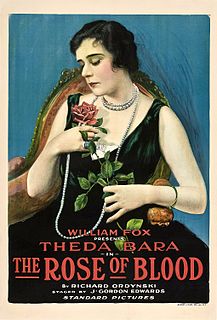 The Rose of Blood is a 1917 American silent drama film directed by J. Gordon Edwards and starring Theda Bara. Based on the story "The Red Rose" by Ryszard Ordynski, the film was written by Bernard McConville.

When a Woman Sins is a 1918 American silent drama film directed by J. Gordon Edwards and starring Theda Bara. 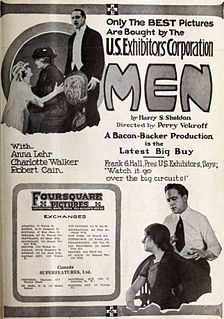 To Hell with the Kaiser! is a lost 1918 American silent Great War propaganda comedy film produced by Screen Classics Productions and distributed by Metro Pictures. It was directed by George Irving and starred Lawrence Grant as the Kaiser.

The Love That Lives is a 1917 American silent drama film produced by Famous Players Film Company and distributed through Paramount Pictures. The film stars Pauline Frederick and was directed by Robert G. Vignola. The film is based on the story "Flames of Sacrifice", by Scudder Middleton.

The Hungry Heart is a 1917 American silent drama film directed by Robert G. Vignola and written by Charles Maigne based upon the novel of the same name by David Graham Phillips. The film stars Pauline Frederick, Howard Hall, Robert Cain, Helen Lindroth, and Eldean Steuart. The film was released on November 5, 1917, by Paramount Pictures. It is not known whether the film currently survives, and it may be a lost film. 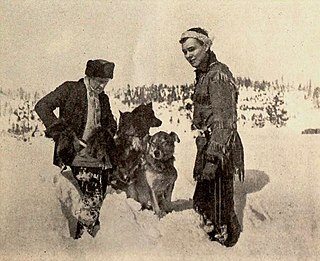 The Law of the North is a 1918 American silent drama film directed by Irvin Willat, and written by Ella Stuart Carson, John Lynch, and R. Cecil Smith. The film stars Charles Ray, Doris May, Robert McKim, Gloria Hope, Charles K. French, and Manuel R. Ojeda. The film was released on September 29, 1918, by Paramount Pictures. It is not known whether the film currently survives.

The Curse of Iku is a 1918 American drama film directed by Frank Borzage and featuring Borzage, Tsuru Aoki, and Thomas Kurihara in lead dual roles. It is not known whether the film currently survives.

The Woman Who Gave is a lost 1918 American silent melodrama film directed by Kenean Buel and starring Evelyn Nesbit, a former Gibson girl, "It girl" model and showgirl involved in a 1906 "trial of the century" that involved a killing and an allegation of rape – whose films often exploited the fame of her life story. The film was produced and distributed by the Fox Film Corporation. The film went into release the day before fighting in World War I ended.

My Four Years in Germany is a 1918 American silent war drama film that is notable as being the first film produced by the four Warner Brothers, Harry, Sam, Albert, and Jack, though the title card clearly reads "My Four Years In Germany Inc. Presents ..." It was directed by seasoned William Nigh, later a director at Metro-Goldwyn-Mayer, and was based on the experiences of real life U. S. Ambassador to Germany James W. Gerard as described in his book. The film was produced while World War I was still raging and is sometimes considered a propaganda film.