Stones in the Road

Stones in the Road is the fifth album by Mary Chapin Carpenter, and her first and only #1 Country Album on the Billboard charts. The album also contains her first and only #1 Hot Country Singles hit, "Shut Up and Kiss Me." Other charting singles were "Tender When I Want to Be" at #6, "House of Cards" at #21, and "Why Walk When You Can Fly?" at #45. The nostalgically themed title track was first recorded by folk singer Joan Baez for her 1992 studio album Play Me Backwards , to whom Carpenter first pitched the song during a joint concert appearance before she recorded it herself. It was also featured in the 1995 film Bye Bye Love .

Carpenter earned two Grammy Awards in 1995 for her work on the album: Best Country Album and Best Female Country Vocal Performance (for "Shut Up and Kiss Me"), the fourth straight year she won the latter category.

All tracks are written by Mary Chapin Carpenter.

Adapted from Stones in the Road liner notes. [2]

Out of the Valley is a 1994 album by contemporary folk singer-songwriter John Gorka. This is Gorka's fifth album and unlike the previous four recorded in various places in the northeastern United States, Out of the Valley was recorded at Imagine Sound Studios in Nashville, Tennessee. This is also the first of several Gorka albums to employ the talents of guitarist/producer John Jennings. 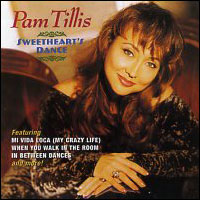 Sweetheart's Dance is a 1994 album from American country music singer Pam Tillis. It is her highest ranking album on the Billboard charts, at number 6. 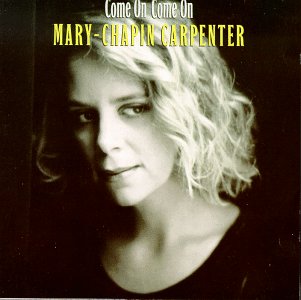 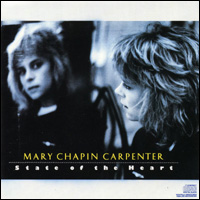 State of the Heart is singer-songwriter Mary Chapin Carpenter's second album. It is much more country sounding than her preceding basically folk début Hometown Girl. State of the Heart eventually rose to the #28 position on the Billboard Country Albums chart, with four of its tracks finding places within the Hot Country Singles chart. Chronologically, they were "How Do" at #19, "Never Had It So Good" at #8, "Quittin' Time" at #7, and "Something of a Dreamer" at #14.

Shooting Straight in the Dark is Mary Chapin Carpenter's third studio album. It was a #11 Country Album on the Billboard Country Albums chart. Four of its tracks became Billboard Hot Country Songs hits: "You Win Again" at #16, "Right Now" at #15, "Down at the Twist and Shout" at #2, and "Going Out Tonight" at #14. Members of the Cajun band BeauSoleil provide guest instrumentation on "Down at the Twist and Shout". Shawn Colvin provided backing vocals on three of the album's songs. 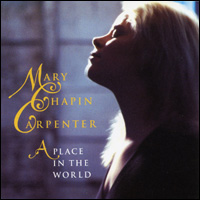 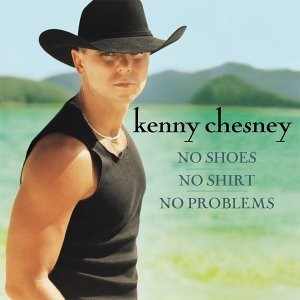 No Shoes, No Shirt, No Problems is the sixth studio album by American country music singer Kenny Chesney. It was released in April 2002 via BNA Records. It became Chesney's first album to reach number one on the U.S. Billboard 200 and produced five singles on the Billboard Hot Country Songs chart between 2001 and 2003 with "Young", "The Good Stuff", "A Lot of Things Different", "Big Star", and the title track. A live performance music video was made for "Live Those Songs", which charted at number 60 without being released as a single; the song also became a concert tour opener for Chesney for several years. "The Good Stuff" was the biggest hit of Chesney's career at the time, not only spending seven weeks at the top of the country charts, but also becoming Billboard's Number One country single of 2002 according to Billboard Year-End. In 2004, the album was certified quadruple platinum by the Recording Industry Association of America (RIAA) for sales of over four million copies in the United States.

Room with a View is the debut album of Canadian country music artist Carolyn Dawn Johnson, and was released on August 7, 2001 on Arista Nashville. Certified gold by the CRIA, it produced the singles "Georgia", "Complicated", "I Don't Want You to Go", and "One Day Closer to You".

Between Here and Gone is the eighth studio album by Mary Chapin Carpenter. It was released April 27, 2004. The album reached number five on Billboard's Top Country Albums chart, although the album itself produced no chart singles. The title track was written by Carpenter upon hearing of the death of singer-songwriter Dave Carter. 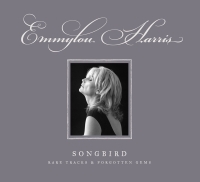 Tell Me Why is the second studio album by American country music artist Wynonna, released on Curb / MCA Records in 1993. It produced the hit singles "Only Love", "Is It Over Yet", "Rock Bottom", "Girls with Guitars", and the title track, all top ten hits on the Billboard country music charts. "Let's Make a Baby King" also charted at #61 based on unsolicited airplay. The title song also charted on the Billboard Hot 100 and Adult Contemporary charts.

Hometown Girl is the debut album from American country music artist Mary Chapin Carpenter. It was released on July 30, 1987 on Columbia Records. The album did not produce any chart singles. It was produced by John Jennings, except for the track "Come On Home", which was produced by Steve Buckingham.

Time* Sex* Love* is the seventh studio album from American country music artist Mary Chapin Carpenter. It was released in 2001 on Columbia Records Nashville as her first full studio album since A Place in the World five years previous. This album produced two singles in "Simple Life," which peaked at #53 on Billboard's Hot Country chart, and "This Is Me Leaving You" which failed to chart. Despite its low airplay ranking, "Simple Life" spent 28 weeks on Billboard's Top 25 Country Singles Sales chart, peaking at #8 on May 5, 2001. 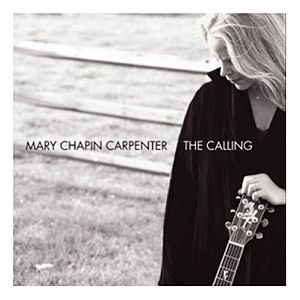 The Calling is the ninth studio album released from country music singer Mary Chapin Carpenter. It is the follow-up album to her 2004 album, Between Here and Gone. The Calling was released on March 6, 2007 on Zoë Records. Carpenter had previously been on Columbia Nashville, this being her first release after leaving Columbia. Like her previous album, she wrote every track on the album. 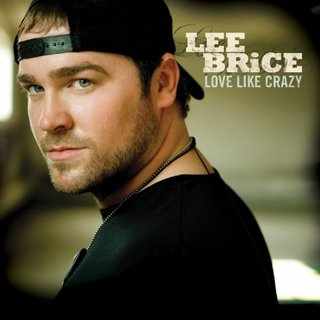 Love Like Crazy is the debut studio album by American country music artist Lee Brice. It was released on June 8, 2010, via Curb Records. Prior to the album's release, Brice charted three singles: "She Ain't Right," "Happy Endings" and "Upper Middle Class White Trash." The album's title track debuted in August 2009. The album's second single "Beautiful Every Time" released to radio on October 25, 2010.

Shake What God Gave Ya is the third studio album from American country artist James Otto. It was released in the United States on September 14, 2010 through Warner Bros. Nashville. The album includes two singles, "Groovy Little Summer Song" and "Soldiers & Jesus". Prior to its release, Otto charted the single "Since You Brought It Up", which was not included on an album. Otto produced the entire album with Paul Worley, with Monty Powell as a co-producer on the title track.

Hard 2 Love is the second studio album by American country music artist Lee Brice. It was released on April 24, 2012 via Curb Records. The album includes the number one single "A Woman Like You."

Goin' Down Rockin': The Last Recordings is a posthumous album by American country music artist Waylon Jennings, released on September 25, 2012. The release includes eight unreleased songs written and recorded by Jennings along with his bassist Robby Turner during the last years of his life as well as eight songs never released before in any version.

"Almost Home" is a song co-written and recorded by American country music singer Mary Chapin Carpenter. It was released in April 1999 as the first single from her compilation album, Party Doll and Other Favorites. It peaked at number 22 on the Billboard Hot Country Songs chart, and is her last Top 40 country hit.