The SIF was originally the creation of the Cape Fear Heroes ownership. During the league's initial launch in 2015, it was to be part of the Indoor Football Alliance, which would have also included a revived Continental Indoor Football League and begun play in 2016. When the CIFL revival never materialized, and the league had difficulties in finding teams to join the league, the Heroes suspended operations, effectively suspending the league as well. The league launched on its second attempt in April 2017. It played one season before its members joined the newly formed American Arena League. Commissioner Barbara Springer then announced she wanted to turn the SIF into a developmental summer league. [1]

The league's history began with two of its future teams having problems with the X-League. On May 31, 2015, the Cape Fear Heroes announced that they would be leaving the X-League entirely and operating independently the rest of the season while searching for a new league in 2016. [2] In the wake of such recent events, the Marion Blue Racers would follow suit in announcing their departure from the X-League.

On August 23, 2015, the Indoor Football Alliance of the new Supreme Indoor Football league (owned by Heroes owner Barbara Spigner) and the revived Continental Indoor Football League (owned by Saginaw Sting owner Jim O'Brien) was announced. The Heroes were the SIF's first team, while the Blue Racers, Sting and the Erie Explosion all announced their intentions on returning to the CIFL. [3] On November 4, 2015, the Saginaw Sting returned to American Indoor Football (AIF), leaving the IFA; the Blue Racers followed shortly after. With the departures of the Sting and Blue Racers, the Explosion were the lone CIFL representative in the Alliance. On the same day, the Heroes (still at that point alone as members of their league) held a press conference holding firm to their plans on launching Supreme Indoor Football, with a target of eight teams for its inaugural 2016 season. [4] On December 4, 2015, the league announced its first new team, the Kentucky Knights, a team that had originally been announced as a team in the Texas-based North American Indoor Football. [5]

The Heroes released their 2016 schedule on December 9, 2015; it included games against the Explosion, Knights, a team known as the "Maryland Big Red," Buffalo Lightning and Atlanta Sharks, the last two of which also jumped from AIF. The Lightning confirmed their participation in the Alliance on December 15. [6] On January 18, 2016, the Explosion announced they would not participate in a 2016 season [7] reducing alliance participants to three (Buffalo Lightning, Cape Fear Heroes, and Kentucky Knights).

On January 30, 2016, Supreme Indoor Football held a draft that included five teams, the previously mentioned three plus the ASI Panthers (formerly of AIF) and a team called "Western Pennsylvania" (presumably a last-minute replacement for the Explosion). [8] Shortly thereafter, the Heroes released a revised schedule, removing the Atlanta Sharks and adding an unnamed team from Lockport, New York (taking the place of one of the Explosion's home games, an away game was still listed as being against the Explosion) [9] and the IFA website added several previously unannounced teams (Cincinnati Bulldogs, Cleveland Saints, River City Raptors, and the Steel City Patriots). However, on March 3, 2016, league commissioner Barbara Spigner announced that the Cape Fear Heroes would sit out the 2016 season due to a number of factors, among them being financial support. [10] The Lightning and Bulldogs each played some games independently in 2016, including one against each other with the Bulldogs losing 45–0 to the Lightning.

In August 2016, the league reactivated, this time as a solo league. Its members were listed as the Heroes, the South Carolina Ravens (a travel team affiliated with AIF in 2016), the Cap City Bulls of Austin, Texas, and the Coastal Outlaws of Savannah, Georgia. However, the Outlaws claimed to be part of a different league called United States Indoor Football and were eventually removed from the website in September. [11] Replacing the Outlaws in September, the SIF website added the Triangle Torch (formerly of the AIF) as one of its members, but there has yet to be a statement made by the SIF or the Torch on their new membership. On October 5, a team called the Louisiana Cottonmouths announced on their own Facebook that they have joined the SIF; the Cottonmouths were originally a 2016 expansion team in the AIF that failed to launch prior to their first season. [12]

The SIF held a press conference on October 28 officially announcing its return to organizing as a league with the management of the Heroes and the Torch. The SIF listed the Heroes, Torch, Bulls, Ravens, and Cottonmouths on their Facebook page. On November 5, the league added the Anderson Gladiators from the recently formed Arena Developmental League. [13] On November 14, the league partnered with the new regional league, Elite Indoor Football, to play a cross-league schedule for 2017. The EIF was founded by the Savannah Steam after the demise of the AIF and includes four other teams: the Atlanta Furious, the Carolina Cowboys, the Florida Tribe, and the Roanoke Militia. In January 2017, the SIF added two more teams in the Georgia M.O.B. and Greenville (later changed to Upstate) Dragons. [14] [15] The Georgia M.O.B. (Men of Business) were previously announced as members of the Georgia Arena Football League [16] and then Elite Indoor Football [17] before joining the SIF. The Dragons were announced as being a travel-only team for 2017.

The league's schedule was announced as starting play on April 1, 2017. Prior to this, the Cap City Bulls played a non-league exhibition games February 11 against the Wichita Falls Nighthawks, losing 89–12, [18] and March 9 against the Monterrey Steel, losing 47–24. While the Anderson Gladiators, Louisiana Cottonmouths, and South Carolina Ravens are still listed as SIF teams, they were left off the 2017 schedule and their social media pages have not been updated in several months; the header of the league's website now also includes the helmets of the EIF's Savannah Steam and Carolina Cowboys (whose helmet in turn is an unauthorized copy of the Dallas Desperados'). Neither the Steam nor the Cowboys have been declared a full member of the league. In early March, the Georgia M.O.B. were also removed from the schedules. The Heroes played the first official game of the season against the Savannah Steam (now going by Southern Steam) with a 58–0 win on April 1.

The first season for the SIF had each of the four participating teams playing a six-game season within the league. The Torch would end the season undefeated with a record of 6–0, the Heroes going 4–2, the Bulls going 1–5 and the Dragons with a 0–6 record. On June 17, 2017, the Heroes defeated the Bulls 63–14 in the semifinal game. The Heroes then defeated the Torch in the championship game on June 24, 30–24. [19] [20]

At the end of the season, the Torch left the league and then joined the newly formed American Arena League (AAL) on July 21. On August 7, the Upstate Dragons signed an arena deal in Anderson, South Carolina, and also announced they would be joining the AAL. [21] The next week, the Cap City Bulls also announced they would be joining the AAL and changed their name to the Austin Wild. However, the AAL never confirmed their membership and they became an affiliate team looking to become full members. By August 23, the Heroes were again the only confirmed SIF member for 2018 and subsequently joined the AAL as well. [1]

Teams once listed as members

The New Jersey Revolution were members of the American Indoor Football Association based in Morristown, New Jersey, with home games at the George Mennen arena. The Revolution name referred to New Jersey's nickname, The Crossroads of the Revolution, as the state was the site of many American Revolution battles. It was the only indoor football team within the proximity of the New York metropolitan area in the 2010 season.

The Cape Fear Heroes were a professional indoor football team based in Fayetteville, North Carolina. They last played in the American Arena League in 2019. The Heroes were owned by Barbara Spigner.

The Louisville Xtreme are an indoor football team based in Louisville, Kentucky, with home games at the KFC Yum! Center. They began play as the Kentucky Xtreme in the Continental Indoor Football League (CIFL) in 2013 and 2014. Midway through the 2014 CIFL season, the league removed the team's membership and the Xtreme temporarily suspended operations. After playing the 2015 season in the semi-professional Minor League Football Alliance (MLFA), the team rebranded as the Louisville Xtreme in 2017. In 2020, the Xtreme were added to the American Arena League (AAL) but cancelled its season citing the COVID-19 pandemic. For the 2021 season, the Xtreme were announced to be joining the National Arena League, but instead joined the Indoor Football League three months later.

X-League Indoor Football (X-League) was a professional indoor football league that began play in 2014. The league was co-chaired by Michael Mink and Kacee Smith. On September 19, 2015, the league announced a merger with the future "North American Indoor Football" but later stated the merger would not go forward as announced and disbanded. 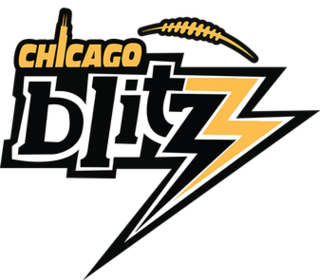 The Southern Steam are a professional indoor football team and currently a member of Elite Indoor Football (EIF) since 2017.

The AllStarInc Panthers were a professional indoor football team based in Reading, Pennsylvania. They were members of American Indoor Football (AIF) for the 2015 season. The Panthers played their home games at Santander Arena in Reading.

The Triangle Torch was a professional indoor football team playing in North Carolina. The team first played as the Triangle Torch in Raleigh, North Carolina, and was named after the larger Research Triangle region. The Torch started in 2016 as an expansion franchise of American Indoor Football (AIF). The AIF ceased operations and the Torch joined Supreme Indoor Football for the 2017 season. For the 2018 season, the team relocated to Kenansville, North Carolina, as the East Carolina Torch, and joined the American Arena League for its inaugural season.

The National Arena League (NAL) is a professional indoor football league that began play in 2017. It consists of teams based on the East Coast of the United States.

The Dayton Wolfpack were a professional indoor football team and a charter member of the National Arena League (NAL) in its inaugural 2017 season. Originally to be based in Dayton, Ohio, the Wolfpack had announced their home venue as the Nutter Center but apparently failed to reach a lease agreement. The Wolfpack were then listed as a traveling team by the NAL.

The American Arena League (AAL) is a minor professional indoor football league that began playing in 2018. The league was initiated by a merger between Arena Pro Football (APF) and the Can-Am Indoor Football League (Can-Am), although the AAL only claimed the APF history after the former Can-Am founder left the league. Teams from both leagues, new teams, and later teams from Supreme Indoor Football and National Arena League constituted the new league for its inaugural season.