This is a list of current and defunct leagues of American football and Canadian football .

Defunct minor leagues around the world 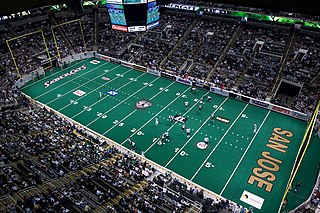 Indoor American football is a variation of gridiron football played at ice hockey-sized indoor arenas. While varying in details from league to league, the rules of indoor football are designed to allow for play in a smaller arena. It is distinct from traditional American or Canadian football played in larger domed or open-air stadiums, although several early college football games contested on full-sized or nearly full-sized fields at Chicago Coliseum (1890s) and Atlantic City Convention Center helped to show that football could be played as an indoor game. 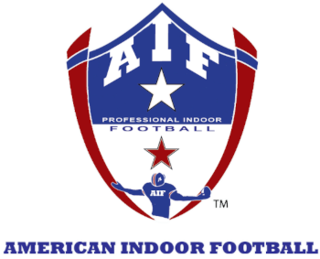 Liga Nacional de Fútbol Americano (LNFA) is the name of the top gridiron league which operates in Spain. It was founded in 1995 after the merge of several previous Spanish competitions. 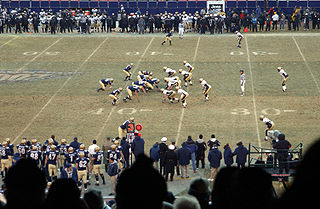 American football is the most popular sport in the United States. The National Football League has the highest revenue and average attendance of any sports league in the world. In the United States the game is most often referred to as simply "football". 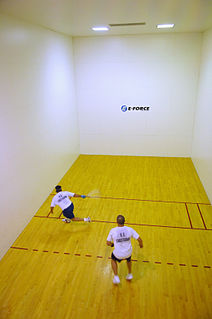 Diego Jair Viamontes Cotera is a Mexican professional gridiron football wide receiver and kickoff returner for the Edmonton Elks of the Canadian Football League (CFL). He was the first overall pick by the Eskimos in the 2019 CFL–LFA Draft after playing with the Mayas CDMX of the Liga de Fútbol Americano Profesional (LFA).

Minor league football is a loose term for pro football (gridiron) which is played below the major league level. There is a major league designation to the National Football League and the Canadian Football League, but contrary to the other major sports in North America no formal development farm system is in use, after the NFL severed ties with all minor league teams in 1948, and again with the cancellation of NFL Europe in 2006. Since 2018 the CFL has a partnership agreement with the Professional American Football League of Mexico (LFA) for player development, but do not consider it as a minor league in the traditional sense.