The American Patriot League (APL) is a planned professional American football league. The World Professional Football Association was created as a single entity corporation that will manage the business of the APL. [1] The APL consists of eight franchises that are divided into two divisions: Freedom Division and Liberty Division. [2] Each team will play a 12 game schedule consisting of 6 home games and 6 away games. The 2019 inaugural season was supposed to last from April 6 through June 8, with the playoffs from June 15 through June 23. The original plan for the Championship Game was to have it played on the campus of the United States Naval Academy in Maryland during the 4th of July weekend. Instead, the Championship Game was moved to Canton, Ohio and was to be played on July 6. [3] In February 2019, the APL made an announcement that they were postponing the start of their inaugural 2019 season until 2021, [4] and later postponed again to 2022 due to the COVID-19 pandemic.

The APL management team consists of former football players Keon Lattimore, Marques Ogden, Bob Golic, and Director of Football Operations David Holloway. [5] Golic stated that none of the players who make an APL roster will be allowed to kneel during the national anthem, a marked contrast from current NFL policy. All team nicknames will be chosen by the fans as part of a naming contest.

To incentivize players from leaving the league for other leagues, the APL plans to offer lifetime health coverage for anyone who stays at least five seasons, along with a minimum salary of $50,000 a season to all players.

Part of the league’s strategy for financial survival includes establishing itself in markets where there is a passion for football and where there are not many (if any) other pro sports franchises in place. Those are the main reasons, according to Ogden, why the league preferred Daytona Beach to Orlando. [6] Broadcasts will be available with a paid subscription to the Awesome Cloud Network.

Ypsilanti
Locations of teams for the 2019 APL season

The league plans to operate their own minor developmental league called Young Superstars League (YSL). the league will allow players between the age 18-25 years old to play in an organized league of their own and developing the skills necessary to compete in the APL. [10]

YSL will be designed for players that cannot afford to pay for college or may not want to spend time there. The league will allocate funds for players that would like to pursue a college education or business trade after or during their playing days, and will have tutors and online college courses for players so they can continue their education and studies all year.

The Atlantic League of Professional Baseball (ALPB) is a professional baseball league based in the United States. It is an official Partner League of Major League Baseball. It is located in the Mid-Atlantic and Southeastern United States, especially the greater metropolitan areas of the Northeast megalopolis and the Piedmont Triad and Charlotte Metrolina regions of North Carolina. League offices are located in Lancaster, Pennsylvania. 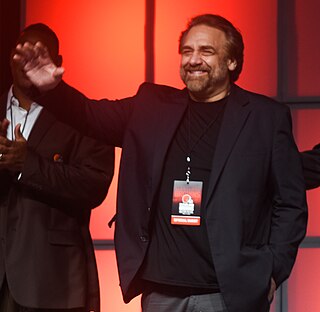 The Sunshine Hockey League (SuHL) was a low-level minor professional ice hockey league which operated from 1992 to 1995. The league was based in Florida and consisted of five teams in its inaugural 1992-93 season. Each team's initial head coaches were former NHL players including Bill Nyrop, West Palm Beach; Rocky Saganiuk, Daytona Beach; Jim Mikol, Lakeland Warriors; and Lou Francheschetti, Jacksonville Bullets.

The Huntington Heroes were a professional indoor football franchise and member of the American Indoor Football Association (AIFA). The Heroes played their home games during their inaugural 2006 season at the Veterans Memorial Fieldhouse in Huntington, West Virginia before moving to the larger Big Sandy Superstore Arena for the 2007 and 2009 seasons. The Heroes were the second indoor football franchise for Huntington, following the River Cities LocoMotives, who played one season (2001) in the National Indoor Football League, and were followed by the Huntington Hammer in 2011. The Heroes were usually known for featuring many former Marshall University football players from the Marshall Thundering Herd program located in Huntington.

The World Indoor Football League (WIFL) was an indoor football league founded by Harry Pierce, owner of the Rome Renegades and Raleigh Rebels of the American Indoor Football League. The league was a splinter league that formed after disgruntled ownership in the AIFL, caused significant turmoil and resulted in several teams leaving the league. 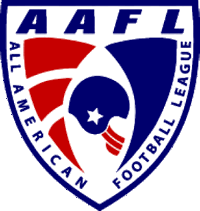 The All American Football League (AAFL) was a proposed professional American football league. The league, which was to combine a professional pay structure with the requirement that all players be college graduates, had originally been scheduled to start in the spring of 2007, but later postponed its launch to the spring of 2008, only to cancel its 2008 season a month before kickoff and suspend its launch until the next year. The league again postponed their launch each successive year, with the final postponement taking place in February 2010; despite that postponement it was stated that the league's first game would take place in spring 2011. As of spring 2011 there were no further actions from the league.

The National Football League (NFL) was founded in 1920 as the American Professional Football Association (APFA) with ten teams from four states, all of whom existed in some form as participants of regional leagues in their respective territories. The league took on its current name in 1922. The NFL was the first professional football league to successfully establish a nationwide presence, after several decades of failed attempts. Only two founding members, the Decatur Staleys and the Chicago Cardinals, are still in the league. The Green Bay Acme Packers, founded in 1919 are the oldest NFL franchise with continuous operation in the same location.

The Massillon Tigers were an early professional football team from Massillon, Ohio. Playing in the "Ohio League", the team was a rival to the pre-National Football League version of the Canton Bulldogs. The Tigers won Ohio League championships in 1903, 1904, 1905, and 1906, then merged to become "All-Massillons" to win another title in 1907. The team returned as the Tigers in 1915 but, with the reemergence of the Bulldogs, only won one more Ohio League title. Pro football was popularized in Ohio when the amateur Massillon Tigers hired four Pittsburgh pros to play in the season-ending game against Akron. At the same time, pro football declined in the Pittsburgh area, and the emphasis on the pro game moved west from Pennsylvania to Ohio. 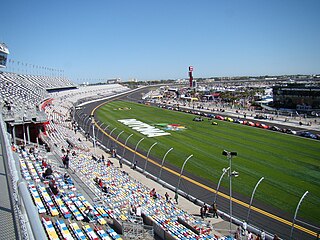 The Stars Football League (SFL) was an American football league that operated primarily in Florida from 2011 to 2013. The league was headquartered in Grosse Pointe, Michigan.

The American Ultimate Disc League (AUDL) is an ultimate frisbee league in North America. The AUDL was founded in 2010, and played its inaugural season in 2012 with eight teams. Regular season games are played April through July. The playoffs consist of three rounds: divisional wild card round, division championships, and finally culminating in a final four style showcase known as AUDL Championship Weekend in August. The winner of each division's championship game advances to Championship Weekend, with semifinals on Saturday and the championship game played on Sunday.