Susan Jean Palmer is a Canadian sociologist of religion and author whose primary research interest is new religious movements. Formerly a professor of religious studies at Dawson College in Westmount, Quebec, she is currently an Affiliate Professor at Concordia University, and is also the Principal Investigator on the four-year SSHRC-funded research project, "Children in Sectarian Religions" at McGill University in Montreal, where she teaches courses on new religious movements.

Palmer received a B.A. in Honours English at McGill University before she received her Masters and Ph.D in Religion from Concordia.

She has engaged in field research with at least 30 different groups and is considered to be a leading authority on the Twelve Tribes communities, the Nuwaubian Nation and Raëlism.

Her topics range from apocalyptic activity, prophecy, charisma, communalism, childrearing, racialist religions, to research ethics and methods in studying new religions. Her article "Caught Up in the Cult Wars: Confessions of a Canadian Researcher" [2] has reappeared in several anthologies.

Her most recent work has focused on religious freedom issues. The New Heretics of France [3] explores the state-sponsored persecution of religious minorities, and The Nuwaubian Nation [4] argues that Black Nationalist prophets in the US are targeted by networks of interest groups and rarely receive a fair trial.

Her book, Aliens Adored: Rael's UFO Religion, documents the formation and beliefs of the Raelian movement, with an eye to how scientific discoveries contribute to the formation of their human cloning theology. [5]

Raëlism is a UFO religion that was founded in 1974 by Claude Vorilhon, now known as Raël. The Raëlian Movement teaches that life on Earth was scientifically created by a species of extraterrestrial human scientists, which they call the "Elohim". Members of this species appeared human when having personal contacts with the descendants of the humans that they made. They purposefully misinformed early humanity that they were angels, cherubim, or gods. Prophets or messengers of the Elohim include Buddha, Jesus, Muhammad, and others. The founder of Raëlism believes he received the final message of the Elohim and that its purpose is to inform the world about Elohim and that if humans become aware and peaceful enough, they wish to be welcomed by them. 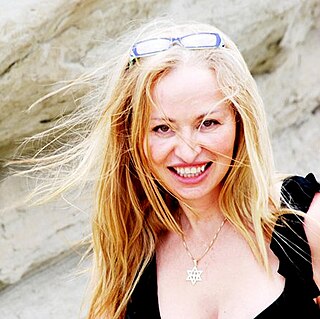 Brigitte Boisselier, also known as Brigitte Roehr, is a French chemist and Raëlian religious leader best known for her claim to have overseen the creation of the first human clone. A native of Champagne-Ardenne, she studied chemistry in France and the United States, earning two PhDs. From 1984 to 1997, she lived near Paris and worked as a research chemist and a sales manager for Air Liquide. She embraced Raëlism in 1992; the group was unpopular in France and her conversion led to tensions with those around her. Five years later, she joined Clonaid, a Raëlian organization that sought to clone a human. After her service as their scientific director was publicized, she lost her position with Air Liquide and focused on cloning full-time.

Rajneesh, also known as Acharya Rajneesh, Bhagwan Shree Rajneesh, and later as Osho, was an Indian spiritual guru and philosopher. 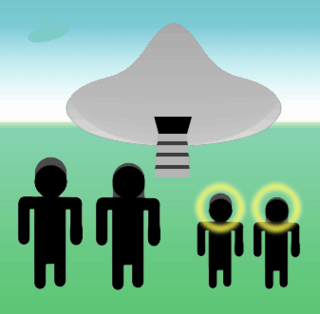 Raël, is the founder and current leader of the UFO religion known as Raëlism.

Geniocracy is the framework for a system of government which was first proposed by Raël in 1977 and which advocates problem-solving, creative intelligence and compassion as criteria for governance.

Anson D. Shupe, Jr. was an American sociologist noted for his studies of religious groups and their countermovements, family violence and clergy misconduct. He was affiliated with the New Cult Awareness Network, an organisation operated by the Church of Scientology, and had at least one article published in Freedom magazine.He was very against cults which pose heretic threats. 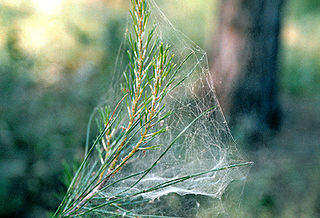 Angel hair or siliceous cotton is a sticky, fibrous substance reported in connection with UFO sightings, or manifestations of the Virgin Mary. It has been described as being like a cobweb or a jelly. 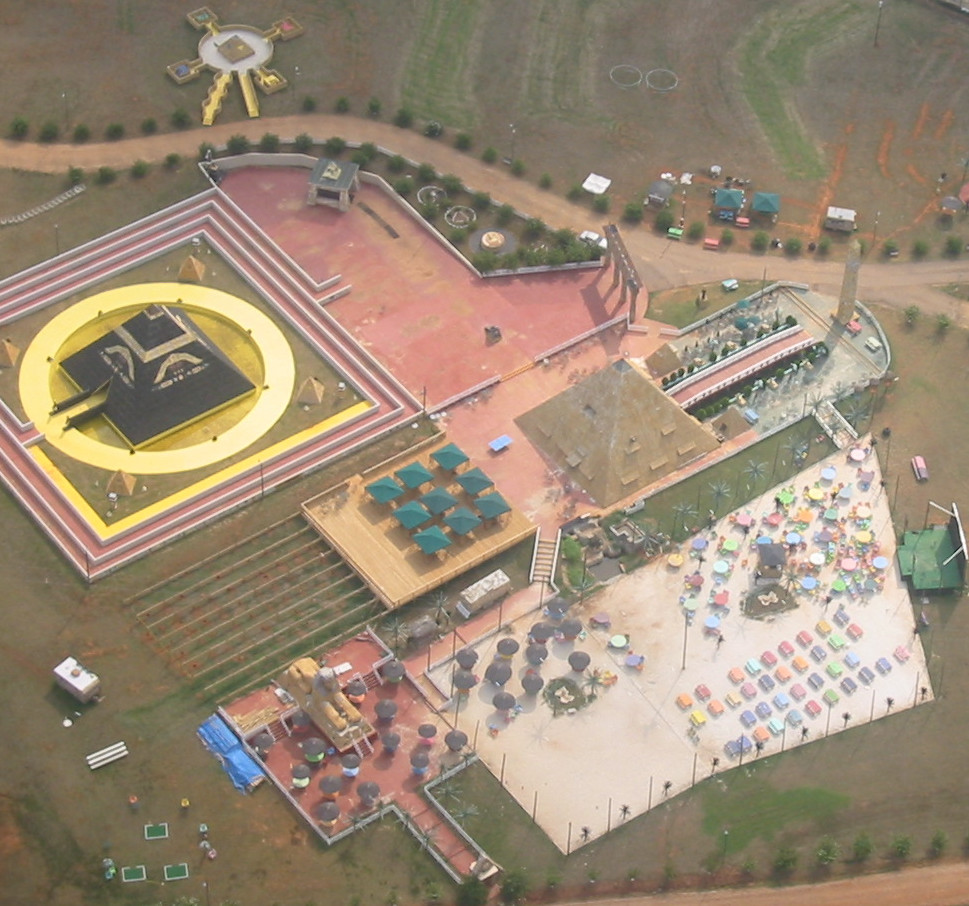 The Nuwaubian Nation or Nuwaubian movement is an American religious group founded and led by Dwight York, also known as Malachi Z. York. York began founding Black Muslim groups in New York in 1967. He changed his teachings and the names of his groups many times, incorporating concepts from Judaism, Christianity, and many esoteric beliefs. 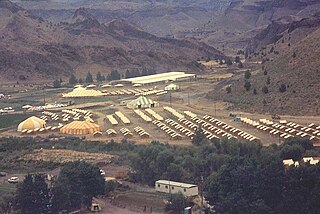 Rajneeshpuram was an intentional community in Wasco County, Oregon, briefly incorporated as a city in the 1980s, which was populated with Rajneeshees, followers of the spiritual teacher Rajneesh, later known as Osho.

The Twelve Tribes, formerly known as the Vine Christian Community Church, Northeast Kingdom Community Church, the Messianic Communities, and the Community Apostolic Order is a new religious movement founded by Gene Spriggs that sprang out of the Jesus movement in 1972 in Chattanooga, Tennessee. The group is an attempt to recreate the 1st-century church in the Book of Acts; the name "Twelve Tribes" is also derived from a quote of the Apostle Paul in Acts 26:7. The group has also been referred to as The Yellow Deli People and informally as The Community.

The Rajneesh movement comprises persons inspired by the Indian mystic Bhagwan Shree Rajneesh (1931–1990), also known as Osho, particularly initiated disciples who are referred to as "neo-sannyasins" or simply "sannyasins". They used to be known as Rajneeshees or "Orange People" because of the orange and later red, maroon and pink clothes they used from 1970 until 1985. Members of the movement are sometimes called Oshoites in the Indian press.

Ashtar is the name given to an extraterrestrial being or group of beings which a number of people claim to have channeled. UFO contactee George Van Tassel was likely the first to claim to receive an Ashtar message, in 1952. Since then many different claims about Ashtar have appeared in different contexts. The Ashtar movement is studied by academics as a prominent form of UFO religion. 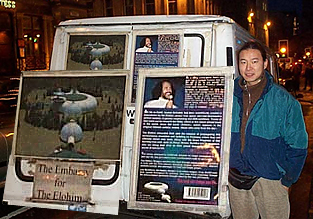 Raëlian beliefs and practices are the concepts and principles of the religion founded by Claude Vorilhon, a former French auto racing journalist who changed his name to Raël. Followers of Raëlism are believers in an advanced race of extraterrestrials called Elohim who created life on earth. Raëlians are individualists who believe in sexual self-determination. As advocates of the universal ethic and world peace, they believe the world would be better if geniuses had an exclusive right to govern in what Rael terms Geniocracy. As believers of life in outer space, they hope that human scientists will follow the path of the Elohim by achieving space travel through the cosmos and creating life on other planets. As believers in the resurrection of Jesus Christ through a scientific cloning process by the Elohim, they encourage scientific research to extend life through cloning, however critics outside are doubtful of its possibility.

Andreas Grunschloss is German scholar and the current Professor of Religious Studies at University of Göttingen. An ordained Protestant pastor, he is the author of books and scholarly articles about interfaith matters and new religious movements. He publishes both in German and in English and is a co-editor of the Marburg Journal of Religion.

Jean Sendy (1910–1978) was a French writer and translator, author of works on esoterica and UFO phenomena. He was also an early proponent of the ancient astronaut hypothesis.

Serge Hutin (1927–1997) was a French author of books on esoterica and the occult. He was born in France.