Ashgate Publishing was an academic book and journal publisher based in Farnham (Surrey, United Kingdom). [1] It was established in 1967 and specialised in the social sciences, arts, humanities and professional practice. It had an American office in Burlington, Vermont, [2] and another British office in London. It is now a subsidiary of Informa (Taylor & Francis).

In July 2015, it was announced that Ashgate had been sold to Informa [6] for a reported £20M. [7] It was announced in December 2015 that Lund Humphries has been relaunched as an independent publisher. [8] By February 2016, the independent imprints of Ashgate became part of the Routledge imprint.

Informa plc is a British multinational events and publishing company with its head office and registered office in London. It has offices in 43 countries and around 11,000 employees. It owns numerous brands including CRC Press, Datamonitor, Fan Expo, Institute for International Research, Lloyd's List, Penton, Routledge, Taylor & Francis, and UBM.

Haworth Press was a publisher of scholarly, academic and trade books, and approximately 200 peer-reviewed academic journals. It was founded in 1978 by the publishing industry executives Bill Cohen and Patrick Mcloughlin. The name was taken from the township of Haworth in England, the home of the Brontë sisters. Many of the Haworth publications cover very specialized material, ranging from mental health, psychology, psychiatry, addiction studies, social work, interdisciplinary social sciences, library & information science, LGBT studies, agriculture, pharmaceutical science, health care, medicine, and other fields.

Bookcraft was a major publisher of books and products for members of The Church of Jesus Christ of Latter-day Saints.

Haus Publishing is a London-based publishing company which was established in 2002.

The Cost of Knowledge is a protest by academics against the business practices of academic journal publisher Elsevier. Among the reasons for the protests were a call for lower prices for journals and to promote increased open access to information. The main work of the project was to ask researchers to sign a statement committing not to support Elsevier journals by publishing, performing peer review, or providing editorial services for these journals. 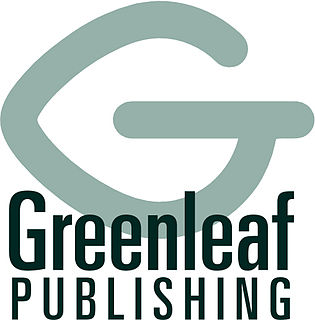 Greenleaf Publishing Ltd was an independent UK-based publishing company specializing in corporate responsibility, business ethics, environmental policy and management, future business strategy and practice, and sustainable development. Founded in 1992, in 2012 the company became part of GSE Research Limited, an online scholarly publisher specializing in governance, sustainability and the environment. In 2017 the company was sold to Taylor & Francis and became part of its Routledge imprint.