First opened at its current location in 1979, Sussex Regional High School serves families from as far away as Coles Island, Bloomfield, Anagance, and Jeffries Corner. Like the community of Sussex, a small municipality of less than five thousand which draws on a surrounding population of more than thirty thousand, Sussex Regional High represents a wide variety of backgrounds, interests, and abilities.

SRHS offers a range of programs ranging from French immersion, to academic courses in English, math, and the sciences, to practical courses in drafting, automotive, electrical, culinary technology, and carpentry, as well as various elective courses.

The school also has an active and engaging drama and theatre club who throughout the years have collected numerous awards from the New Brunswick Drama Festival and many awards won for their improv team.

SRHS offers sports teams for all seasons. In late summer there are golf, softball and baseball. In fall there are soccer, field hockey, football, volleyball, rugby, track & field and cross country. Winter brings basketball and hockey. There are junior varsity and varsity teams for both men and women, depending on the numbers. 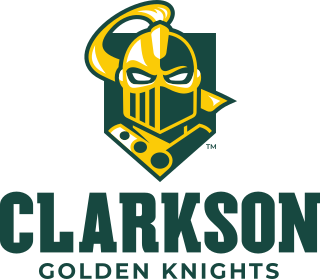 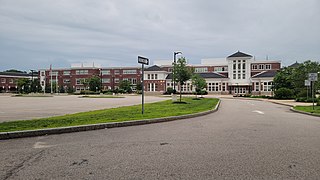 Second Baptist School is a private primary and secondary Christian school in the Memorial area of Houston, Texas, United States.

The DePaul Blue Demons are the athletic teams that represent DePaul University, located in Chicago, Illinois. The Blue Demons participate in NCAA Division I and are a member of the Big East Conference. 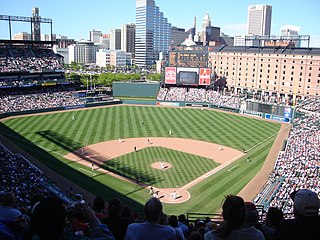 Maryland has a number of major and minor professional sports franchises. Two National Football League teams play in Maryland, the Baltimore Ravens in Baltimore and the Washington Commanders in Prince George's County. The Baltimore Orioles compete as Major League Baseball franchise in Baltimore. 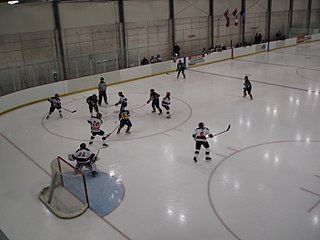 Most sports in Markham, Ontario are amateur or recreational:

The California Vulcans are the intercollegiate sports teams and players that represent Pennsylvania Western University California, located in California, Pennsylvania. The Vulcans participate in the NCAA Division II in all sports and the Pennsylvania State Athletic Conference (PSAC) in most sports. The school colors are Red and Black. The mascot of California is Blaze the Vulcan.

North Brunswick High School is a public school located in Leland, North Carolina It is one of five high schools in the Brunswick County Schools district. As of the 2016–17 school year, North Brunswick has 1300 students currently enrolled in grades 9 through 12.

The American International Yellow Jackets is composed of 22 teams representing American International College in intercollegiate athletics, including men’s and women's basketball, cross country, golf, lacrosse, soccer, track and field, and volleyball. Men's sports include baseball, football, ice hockey, and wrestling. Women's sports include field hockey, rugby, softball, and tennis. The Yellow Jackets compete in NCAA Division II and are members of the Northeast-10 Conference for all sports except ice hockey, which competes in NCAA Division I; wrestling, which is NCAA Division II Independent; and women's triathlon and men's volleyball, which compete as de facto Division I independents. The men's ice hockey team is a member of Atlantic Hockey Division I. 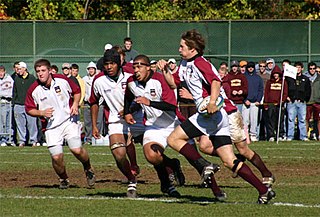 The Dowling Golden Lions were the athletic teams that represented Dowling College, located in Oakdale, Long Island, New York, in intercollegiate sports as a member of the Division II level of the National Collegiate Athletic Association (NCAA), primarily competing in the East Coast Conference from 1989–90 to 2015–16 for all sports.