Rothesay High School fills the educational needs for students in grades 9 through 12. The population of 517 students reside primarily in the town of Rothesay. The school offers instruction in both French Immersion and English. The building itself is one story with a brick façade, located across the street from the former District 6 offices, and near both the Rothesay Arena and Harry Miller Middle School. It was constructed in 1951 and was called Rothesay Regional High School (RRHS), and served students in grades 7-12. In 1963 Rothesay Regional High School relocated in what is now Harry Miller Middle School and this building became Rothesay Junior High School. In 1991 the building was damaged by fire. It was subsequently renovated and expanded, reopening in September 1992 as the new Rothesay Junior High School. In 1997 the building was redesignated as a high school, graduating its first class in 2000. Rothesay High's first principal was Richard Forrester, who retired in 1998, the school's inaugural year. From 1998-2012, Roger Brown served as principal.

RHS has won a number of provincial banners in its short history, including championships in Basketball, Soccer, Golf and Cheerleading. In golf, RHS won 4 straight banners from 2004 to 2007, withdrawing from competition in 2008 due to the provincial tournament being held during school hours.[ citation needed ]

The Shenendehowa Central School District, often shortened to Shen, is a public school district located in New York's Capital District. The district's 232-acre (0.94 km2) main campus is located off NY 146 in Clifton Park, and is home to eight of the district's 12 schools, in five buildings. The remaining four schools are called "neighborhood elementary schools" and are located throughout the district in three buildings. The district serves approximately 9,800 students in grades K-12 from throughout its 86-square-mile (220 km2) territory which includes the towns of Clifton Park, Halfmoon, Ballston Lake, Round Lake, Malta and parts of Waterford, Rexford, Mechanicville and Stillwater. Shenendehowa is the largest School District in Saratoga County, and the largest in student population in the Suburban Council, an interscholastic athletic consortium of 11 area school with a districts. 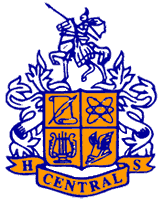 Pinelands Regional School District is a regional school district in Ocean County, New Jersey, United States, serving students from Eagleswood Township, Little Egg Harbor Township and Tuckerton Borough along with the Burlington County municipality of Bass River Township. Both schools are accredited by the Middle States Association of Colleges and Schools and the New Jersey Department of Education.

The Southern Regional School District is a regional public school district in Ocean County, New Jersey, United States, serving students in seventh grade through twelfth grade. The district serves the five municipalities in the Long Beach Island Consolidated School District – Barnegat Light, Harvey Cedars, Long Beach Township, Ship Bottom and Surf City – along with students from Beach Haven and Stafford Township. Also attending the district are students from Ocean Township, who attend the school on a tuition basis as part of a sending/receiving relationship with the Ocean Township School District. The student body has grown in recent years in line with population growth in the area. The high school was forced to add a large addition in the mid-1990s due to overcrowding. 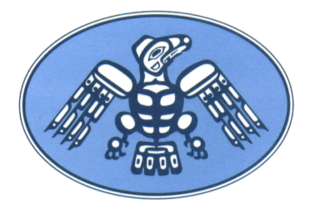 Seycove Secondary School is a Canadian high school in the Deep Cove neighbourhood of the District of North Vancouver, British Columbia. Located just east of Dollarton Highway, the school has a student population of approximately 500 students in grades 8 through 12. Seycove is part of the SD44 program called a family of schools (FOS). Seycove acts as the family school for the Elementary schools considered the feeder schools including Dorothy Lynas, Cove Cliff, and Sherwood Park.

Richmond Secondary School, is a public, co-educational secondary school located in Richmond, British Columbia, Canada, that educates approximately 1200 students from grades 8 to 12. Richmond Secondary is the only school in Richmond that offers the International Baccalaureate Diploma Programme and is a magnet school in the region.

Golf School District 67 is located in Morton Grove, Illinois. The Village of Morton Grove is approximately 13 miles north of downtown Chicago. The district consists of two schools: Hynes Elementary School and Golf Middle School. Students in Pre-Kindergarten through fourth grade attend Hynes Elementary School, and those in grades five through eight attend Golf Middle School. The school district has an enrollment of approximately 695 students and is served by 90 teachers and staff. 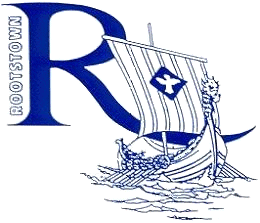 Clay Junior-Senior High School is a public high school in Clay Township, Ohio, United States, located four miles (6 km) north of the Portsmouth in Scioto County. It is the only high school in the Clay Local School District. Clay is a rural high school serving about 300 students in grades 7–12 in Southern Ohio. The first class graduated in 1940.

The Clay Local School District (CLSD) is located four miles (6.4 km) north of the Portsmouth, Ohio, city limits on U.S. Route 23 in Clay Township in Scioto County—which is 85 miles (137 km) south of Columbus, Ohio; 50 miles (80 km) west of Huntington, West Virginia; and 100 miles (160 km) east of Cincinnati, Ohio. Clay is a rural Ohio public school district serving 700 students in grades pre-K through 12 in Southern Ohio. With the creation of a high school for the district in 1940, students for the first time were able to graduate from a Clay Local School District building.

Rothesay Park School is a middle school situated in Rothesay, New Brunswick, Canada. The school serves about 300 students in grades 6 to 8 in New Brunswick School District 06. 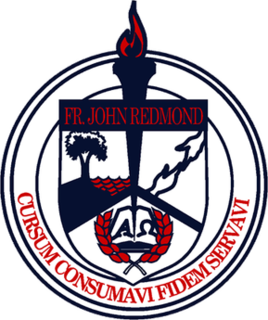 Father John Redmond Catholic Secondary School and Regional Arts Centre is a Catholic high school located in the New Toronto area of Etobicoke in the city of Toronto, Ontario, Canada operated by the Toronto Catholic District School Board in a regional art school focus from grades 9-12.

Manchester Essex Regional High School is the public middle and high school for the towns of Essex and Manchester-by-the-Sea, Massachusetts, United States, with an approximate enrollment of 490 students in 6th to 12th grades and a total of 65 faculty members. The average SAT score for the Class of 2012 was 584 in math, 569 for critical reading, and 562 for writing.