The Art of Electronics

The Art of Electronics, by Paul Horowitz and Winfield Hill, is a popular reference textbook dealing with analog and digital electronics. The first edition was published in 1980, [1] :xxiii and the 1989 second edition has been regularly reprinted. [1] [2] The third edition was published on April 9th, 2015. [3] The author is accepting reports of errata and publishing them, to be corrected in future revisions. [4]

The book covers many areas of circuit design, from basic DC voltage, current, and resistance, to active filters and oscillators, to digital electronics, including microprocessors and digital bus interfacing. It also includes discussions of such often-neglected areas as high-frequency, high-speed design techniques and low-power applications.

The book includes many example circuits. In addition to having examples of good circuits, it also has examples of bad ideas, with discussions of what makes the good designs good and the bad ones bad. It can be described as a cross between a textbook and reference manual, though without the chapter-end questions and exercises which are often found in textbooks.

There is also a complementary text, Learning the Art of Electronics (formerly Student Manual for The Art of Electronics) by Thomas C. Hayes and Paul Horowitz. While referring to the main text extensively, it is designed specifically to teach electronics. It contains laboratory exercises and explanatory text supplements aimed at the student. In contrast, The Art of Electronics contains tables, equations, diagrams, and other material practitioners use for reference.

The Art of Electronics: The X Chapters follow up book is scheduled for release in 2020. [5] 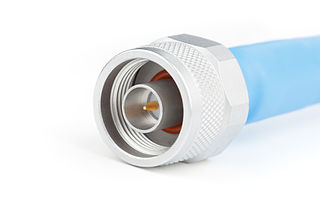 A coaxial RF connector is an electrical connector designed to work at radio frequencies in the multi-megahertz range. RF connectors are typically used with coaxial cables and are designed to maintain the shielding that the coaxial design offers. Better models also minimize the change in transmission line impedance at the connection in order to reduce signal reflection and power loss. As the frequency increases, transmission line effects become more important, with small impedance variations from connectors causing the signal to reflect rather than pass through. An RF connector must not allow external signals into the circuit through electromagnetic interference and capacitive pickup. 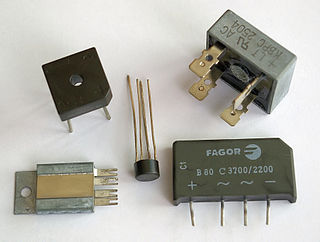 A diode bridge is an arrangement of four diodes in a bridge circuit configuration that provides the same polarity of output for either polarity of input. 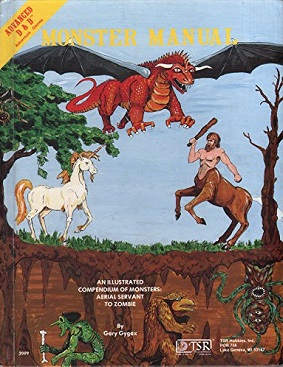 The Monster Manual (MM) is the primary bestiary sourcebook for monsters in the Dungeons & Dragons (D&D) fantasy role-playing game, first published in 1977 by TSR. It includes monsters derived from mythology and folklore, as well as creatures created specifically for D&D. It describes each with game-specific statistics, and a brief description of its habits and habitats. Most of the entries also have an image of the creature. Along with the Player's Handbook and Dungeon Master's Guide, it is one of the three "core rulebooks" in most editions of the D&D game. Several editions of the Monster Manual have been released for each edition of D&D. It was the first hardcover book of the D&D series. Due to the level of detail and illustration included, it was cited as a pivotal example of a new style of wargame books. Future editions would draw on various sources and act as a compendium of published monsters. 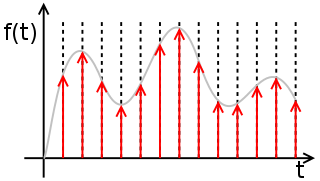 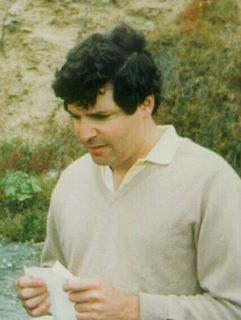 Paul Horowitz is an American physicist and electrical engineer, known primarily for his work in electronics design, as well as for his role in the search for extraterrestrial intelligence. 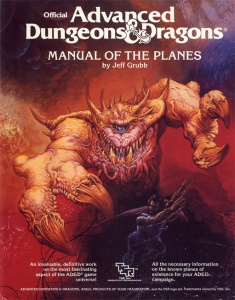 The Manual of the Planes is a manual for the Dungeons and Dragons role-playing game. This text addresses the planar cosmology of the game universe.

Anerratum or corrigendum is a correction of a published text. As a general rule, publishers issue an erratum for a production error and a corrigendum for an author's error. An erratum is most commonly issued shortly after its original text is published. 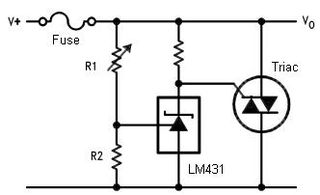 A crowbar circuit is an electrical circuit used for preventing an overvoltage condition of a power supply unit from damaging the circuits attached to the power supply. It operates by putting a short circuit or low resistance path across the voltage output (Vo), quite like were one to drop a crowbar across the output terminals of the power supply. Crowbar circuits are frequently implemented using a thyristor, TRIAC, trisil or thyratron as the shorting device. Once triggered, they depend on the current-limiting circuitry of the power supply or, if that fails, the blowing of the line fuse or tripping the circuit breaker. 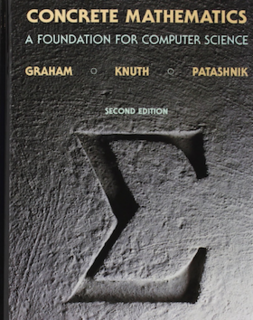 Concrete Mathematics: A Foundation for Computer Science, by Ronald Graham, Donald Knuth, and Oren Patashnik, first published in 1989, is a textbook that is widely used in computer-science departments as a substantive but light-hearted treatment of the analysis of algorithms.

Copia: Foundations of the Abundant Style is a rhetoric textbook written by Dutch humanist Desiderius Erasmus, and first published in 1512. It was a best-seller widely used for teaching how to rewrite pre-existing texts, and how to incorporate them in a new composition. Erasmus systematically instructed on how to embellish, amplify, and give variety to speech and writing. Islamic philosophy had a major impact in Christian Europe, where translation of Arabic philosophical texts into Latin "led to the transformation of almost all philosophical disciplines in the medieval Latin world", with a particularly strong influence of Muslim philosophers being felt in natural philosophy, psychology and metaphysics.[2]

Winfield Hill is the Director of the Electronics Engineering Laboratory at the Rowland Institute at Harvard University. A self-proclaimed "electronics circuit-design guru", trained physicist and Electronic Engineer, he co-authored the popular text The Art of Electronics with Harvard Physicist Paul Horowitz. 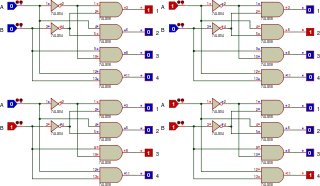 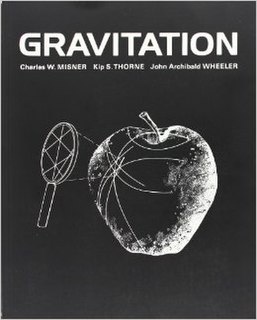 Gravitation is a physics book on Einstein's theory of gravity, written by Charles W. Misner, Kip S. Thorne, and John Archibald Wheeler and originally published by W. H. Freeman and Company in 1973. It is frequently abbreviated MTW after its authors' last names. The cover illustration, drawn by Kenneth Gwin, is a line drawing of an apple with cuts in the skin to show geodesics. It contains 10 parts and 44 chapters, each beginning with a quotation. The bibliography has a long list of original sources and other notable books in the field. While this may not be considered the best introductory text because its coverage may overwhelm a newcomer, and despite the fact that parts of it are now out-of-date, it remains a highly-valued reference for advanced graduate students and researchers.

Principles of Electronics is a 2002 book by Colin Simpson designed to accompany the Electronics Technician distance education program and contains a concise and practical overview of the basic principles, including theorems, circuit behavior and problem-solving procedures of Electronic circuits and devices. The textbook reinforces concepts with practical "real-world" applications as well as the mathematical solution, allowing readers to more easily relate the academic to the actual. 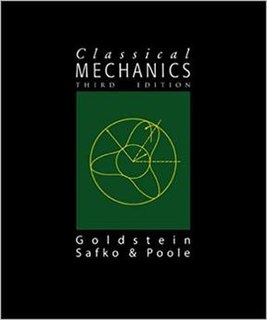 Classical Mechanics is a textbook about that subject written by Herbert Goldstein, a professor at Columbia University. Intended for advanced undergraduate and beginning graduate students, it has been one of the standard references in its subject around the world since its first publication in 1951. 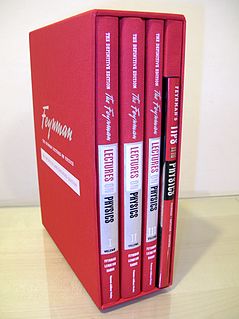 The Feynman Lectures on Physics is a physics textbook based on some lectures by Richard P. Feynman, a Nobel laureate who has sometimes been called "The Great Explainer". The lectures were presented before undergraduate students at the California Institute of Technology (Caltech), during 1961–1963. The book's co-authors are Feynman, Robert B. Leighton, and Matthew Sands.