It was the successor to the Jenkins Commission and was succeeded by the Delors Commission. With a current economic crisis, it had to speed up enlargement to Greece, Spain and Portugal while making steps towards the Single European Act in 1985. [1] However, with a period of eurosclerosis , due to economic problems and British vetoing over the Community budget, Thorn was unable to exert his influence to any significant extent. [2]

The colour of the row indicates the approximate political leaning of the office holder using the following scheme: 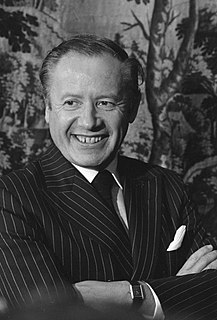 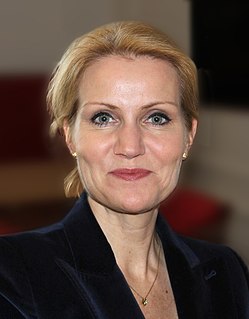 Helle Thorning-Schmidt is a retired Danish politician who served as the 26th Prime Minister of Denmark from 2011 to 2015, and Leader of the Social Democrats from 2005 to 2015. She is the first woman to hold each post. Following defeat in 2015, she announced that she would step down as both Danish Prime Minister and Social Democratic party leader. Ending her political career in April 2016, she was the chief executive of the NGO Save the Children until June 2019. 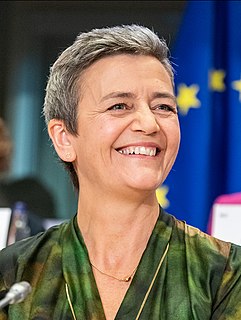 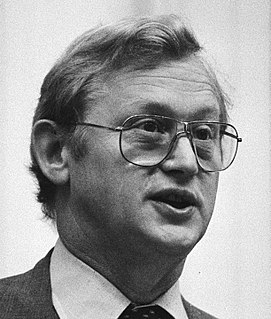 Franciscus Henricus Johannes Joseph "Frans" Andriessen was a Dutch politician and businessman. He was a member of the defunct Catholic People's Party (KVP) and later the Christian Democratic Appeal (CDA).

The Hallstein Commission is the European Commission that held office from 7 January 1958 to 30 June 1967. Its President was Walter Hallstein and held two separate mandates.

Between 1973 and 1993 the European Communities saw the first enlargement of the Communities and increasing integration under the Delors Commission leading to the creation of the European Union in 1993. Wilhelm Haferkamp was a longtime member of the European Commission. Born in Germany, he was a social democratic politician. He was appointed to the commission by the West German government in 1967. He served in a number of posts including Vice President until 1985. He died in Brussels. 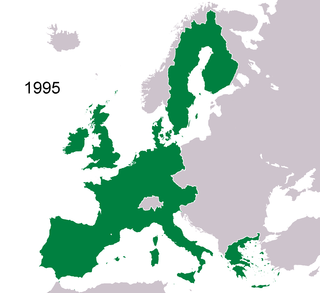 The history of the European Union between 1993 and 2004 was the period between its creation and the 2004 enlargement. The European Union was created at the dawn of the post–Cold War era and saw a series of successive treaties laying the ground for the euro, foreign policy and future enlargement. Three new member states joined the previous twelve in this period and the European Economic Area extended the reach of the EU's markets to three more. 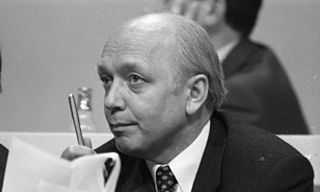 Karl-Heinz Narjes was a German Christian Democratic (CDU) politician. From 1969 to 1973 he was Minister for Economy and Transport of the State of Schleswig-Holstein and from 1981 to 1988 he was a European Commissioner.

Giorgios Contogeorgis was a Greek economist who became a civil servant and politician. He played a crucial role in planning Greece's accession to the European Economic Community (EEC) in 1981, and the became Greece's first European Commissioner.