Thorness Bay is an 86.2 hectare Site of special scientific interest which is located on the north-west coast of the Isle of Wight, England, in the western arm of the Solent. The site was notified in 1966 for both its biological and geological features. The bay stretches about 3 km from Salt Mead Ledge in the west to Gurnard Head Nr. Gurnard Bay to the east.

The sea bed is a mixture of mud and sand.

A small unnamed brook enters the sea in the middle of the bay after passing through a marsh.

Little Thorness Farm, a beef farm near the bay has 18 acres (73,000 m2) of protected marshland under stewardship and is a SSSI because it is home to wildlife not found in other areas.

Thorness Bay also has a holiday park run by Parkdean Resorts. It has a direct footpath leading straight to the beach. 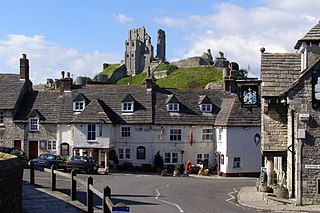 The Isle of Purbeck is a peninsula in Dorset, England. It is bordered by water on three sides: the English Channel to the south and east, where steep cliffs fall to the sea; and by the marshy lands of the River Frome and Poole Harbour to the north. Its western boundary is less well defined, with some medieval sources placing it at Flower's Barrow above Worbarrow Bay. According to writer and broadcaster Ralph Wightman, Purbeck "is only an island if you accept the barren heaths between Arish Mell and Wareham as cutting off this corner of Dorset as effectively as the sea." The most southerly point is St Alban's Head.

The Greenbelt is a 203.5-square-kilometre (78.6 sq mi) protected green belt traversing Ottawa, Ontario, Canada. It includes green space, forests, farms, and wetlands from Shirleys Bay in the west and to Green's Creek in the east. The National Capital Commission (NCC) owns and manages 149.5 square kilometres (57.7 sq mi), and the rest is held by other federal government departments and private interests. Real estate development within the Greenbelt is strictly controlled.

USS Gurnard (SS-254), a Gato-class submarine, was the first ship of the United States Navy to be named for the gurnard.

Godrevy is an area on the eastern side of St Ives Bay, west Cornwall, England, United Kingdom, which faces the Atlantic Ocean. It is popular with both the surfing community and walkers. It is part owned by the National Trust, and offshore on Godrevy Island is a lighthouse maintained by Trinity House which is said to be the inspiration for Virginia Woolf's novel To the Lighthouse. Godrevy lies within the Cornwall Area of Outstanding Natural Beauty (AONB) and the South West Coast Path runs around the whole promontory. There are several public car parks on the western side where the National Trust owns and operates a café. 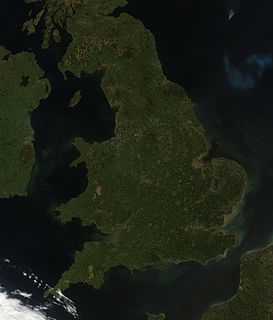 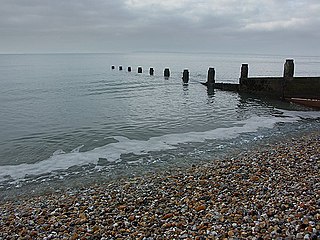 Bracklesham Bay is a 200.6-hectare (496-acre) biological and geological Site of Special Scientific Interest in West Sussex. It is a Geological Conservation Review site. 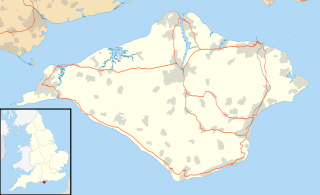 Newtown Bay is a bay on the northwestern coast of the Isle of Wight, England in the western arm of the Solent. It is a subtle bay located around the exit of the Newtown River. It stretches about 4 km from Hamstead Point in the west to Salt Mead Ledge to the east. It is a remote place as there are few properties along this part of the coast, it being low-lying marshland and home to countless sea birds, and is often visited by walkers, boaters, birdwatchers and beachcombers. The shore is a narrow band of gravel, while the sea bottom is mostly mud or sand. 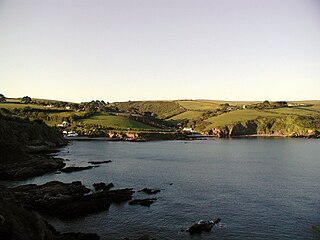 Talland is a hamlet and ecclesiastical parish between Looe and Polperro on the south coast of Cornwall. It is in the civil parish of Polperro and consists of a church, the Old Vicarage and a few houses. 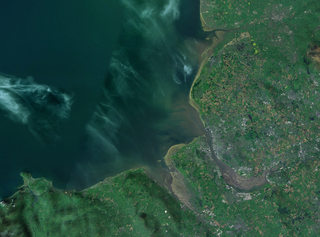 Liverpool Bay is a bay of the Irish Sea between northeast Wales, Cheshire, Lancashire and Merseyside to the east of the Irish Sea. The bay is a classic example of a region of freshwater influence. Liverpool Bay has historically suffered from reduced oxygen content from prior massive discharges of sewage sludge, according to C. Michael Hogan. 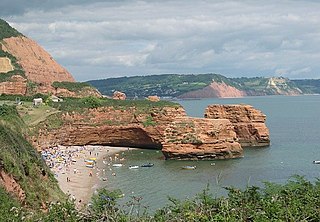 Ladram Bay is a secluded bay with a pebble beach, on the south coast of Devon, England between the coastal towns of Budleigh Salterton and Sidmouth. It is about 11 miles southeast of Exeter, just under 2 mi (3 km) southwest of Sidmouth and about 2+1⁄2 miles (4 km) northeast of Budleigh Salterton.

The bluefin gurnard or Pacific red gurnard is a species of fish in the family Triglidae, the sea robins and gurnards. Its Māori names are Kumukumu and Pūwahaiau. It is found in the western Indian Ocean and the western Pacific Ocean, being common around Australia and New Zealand at depths down to 200 metres (660 ft). 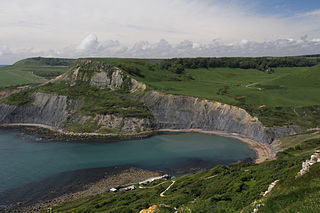 Chapman's Pool is a small cove to the west of Worth Matravers on the Isle of Purbeck, in Dorset, England. 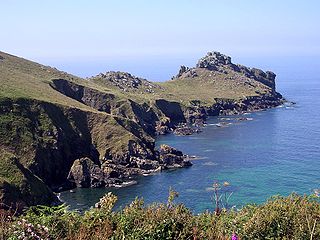 Gurnard's Head is a prominent headland on the north coast of the Penwith peninsula in Cornwall, England, UK. The name is supposed to reflect the fact that the rocky peninsula resembles the head of the gurnard fish.

Treen Cove is a tidal beach on the north coast of the Penwith peninsula, Cornwall, England, UK. It is about half a mile northwest of the hamlet of Treen, and nestles between Lean Point to the east and Gurnard's Head to the west. The name of this cove is from the Cornish 'tre' and 'din' (fort), referring to the adjacent Iron Age promontory fort at Gurnard's Head.

Mupe Bay is a bay with a shingle beach to the east of Lulworth Cove in Dorset, England, and is part of the Jurassic Coast World Heritage Site.

The Irish Sea separates the islands of Ireland and Great Britain; linked to the Celtic Sea in the south by St George's Channel, and to the Inner Seas off the West Coast of Scotland in the north by the North Channel, also known as the Straits of Moyle.

Gurnard Bay is a bay on the north-west coast of the Isle of Wight, England, in the western arm of the Solent. It lies to the north-west of the village of Gurnard from which it takes its name. Its shoreline is 1+1⁄4 miles (2.0 km) in length and is gently curving. It stretches from Gurnard Head in the west to Egypt Point to the east. A panoramic view of the bay and the village of Gurnard can be seen from ferries approaching Cowes or East Cowes from the Solent. There is a pebble and shingle beach on the bay which is bordered by a row of municipally-owned beach huts. Watersports are popular pastimes in the bay, and the Gurnard Sailing Club is located at its eastern end. 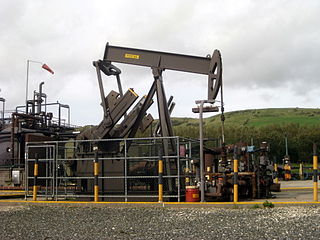 The Kimmeridge Oil Field is to the northwest of Kimmeridge Bay, on the south coast of the Isle of Purbeck, in Dorset, England.

Top Field and Cozens Grove is a 6.1 hectare Local Nature Reserve in Wormley in Hertfordshire. It is owned and managed by Broxbourne Borough Council.