Thornleigh Salesian College is a Roman Catholic secondary school in the Astley Bridge area of Bolton in Greater Manchester, England.

Thornleigh College was originally a boys school founded in 1925 by the Salesians of Don Bosco at the request of the Clergy of Bolton. The school uniform (blazer) was brown with the school badge picked out in yellow on the breast pocket.

For ten years from 1980 Thornleigh was a split site school. £4 million of investment in new buildings in the years 1986 to 1989 enabled the whole school to consolidate at Sharples Park from September 1990. A new building for the Sixth Form was opened in 1987 and an £800,000 extension was added to it in 1995. A five class room extension for 11-16 pupils plus a new two storey dining room, costing £1.1 million in total, were added during 2000. In 2005, Thornleigh received a Sports College and Investor in People status.

On the same site is the Thornleigh Sixth Form. In total (2012), there are currently 1624 students at Thornleigh, with 375 studying at the Sixth Form.

The Latin Motto "Sicut Cervus" is the incipit of Psalm 42, and can be loosely translated as 'As the Hart'. The motto is that of the Hargreaves family, and the head of a hart (a male deer) was the family crest. The crest is worn on the blazers of every student.

The Hargreaves were a wealthy Bolton family who owned the house at Sharples Park which was bought by the Salesians when Thornleigh was founded in 1925. The crest and motto were kept by the school and the school took its name from the house. 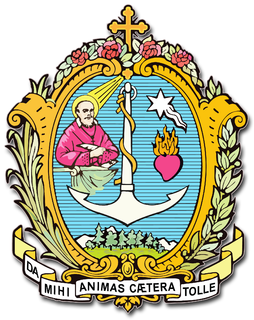 Bishop Mora Salesian High School is an all-male Roman Catholic high school founded in 1958 and operated by the Archdiocese of Los Angeles in the community of Boyle Heights in Los Angeles, California. It is named after Francisco Mora y Borrell, Bishop of the former Monterey-Los Angeles Diocese. The high school is associated with the religious order, the Salesians of Don Bosco.

Salesian College, is an independent Roman Catholic day school in Farnborough, Hampshire, England. It admits boys from the age of 11 to 18, and girls in the Sixth Form. The College was founded in 1901 as a small preparatory school for boys, but soon expanded to provide secondary education owing to its increasing popularity.

Salesian College was a Roman Catholic voluntary-aided school for boys aged 11 to 16. It was founded in 1895 in Battersea, London, by the religious order of the Salesians of Don Bosco, who arrived in Battersea in 1887 as part of Don Bosco's dream to establish a Salesian presence in Great Britain and the British Empire, with its missionary potential. The College aimed to provide an education loosely based on the principles of St John Bosco, founder of the Salesians of Don Bosco.

Don Bosco Technical College, also referred to by its acronym DBTC or Don Bosco Mandaluyong, is a private Catholic basic and higher education institution run by the Salesians of the Society of Saint John Bosco in Mandaluyong, Metro Manila, Philippines. Established in 1953 by the Salesians, it is the first Don Bosco Educational Center in Metro Manila. Don Bosco Mandaluyong offers co-educational primary (elementary) and secondary education, co-educational senior high school and college, night school, and vocational training for out-of-school youth.

Don Bosco Technical Institute in Tarlac City, or simply Don Bosco Tarlac, is a private Catholic school for pre-school, grade school and junior high school boys. In 2016, it opened its co-educational senior high school department. The first Don Bosco school in the Philippines, it is the only academic-technical school in Tarlac. Its campus is located in Sto. Cristo, Tarlac City, Philippines.

Don Bosco High School is a Roman Catholic all-male school in Matunga, Mumbai, India. It has a subsidiary which was built in 1970 in Borivali.

Don Bosco School, Park Circus is a private, Roman Catholic, English-medium school for boys in Kolkata, West Bengal, India. It was established in 1958 and is part of the Salesians of Don Bosco. It is affiliated to the Council for the Indian School Certificate Examinations. 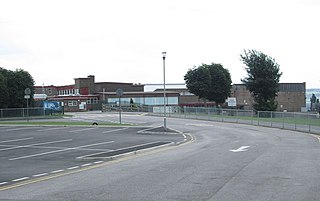 Clapham College was a Roman Catholic secondary school for boys in South London.

Saint John Payne Catholic School is a Roman Catholic voluntary aided school in Chelmsford, Essex. Established in 1959, the school serves the mid Essex deanery in the Diocese of Brentwood. The school holds strong ties with the Catholic Church, while upholding a prevalent Catholic ethos within school life.

The Cardinal Wiseman Catholic School, commonly known as The Cardinal Wiseman School, is a Catholic school comprising a comprehensive secondary school and sixth form located in Greenford, London, England. Its headteacher is Daniel Coyle and its student body consists of 11 to 19-year-olds.

A Salesian school is an educational institution run by the Roman Catholic Salesian Congregation of Saint John Bosco, and one that uses his methods. Salesian schools are dedicated to young people in an educational and formative environment. According to promoters, a Salesian school is a home, church, playground, and school where students find a new way of life, and prepare for their future as good citizens of their country, while being faithful to their own religion. 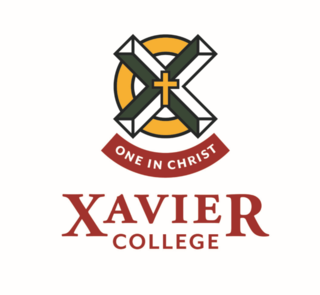 Xavier College is a Catholic co-educational secondary college north of Adelaide, South Australia, consisting of two campuses: a senior campus at Gawler Belt catering for Years 7 - 12 and the Two Wells Campus, catering for Reception - Year 6 students. The college was founded in 1995 and operates according to the traditions of the Salesians of Don Bosco. The school enrols approximately 1,200 students across both campuses. Its patron is the priest Saint John Bosco.

St Illtyd's Catholic High School is a coeducational secondary school in Rumney, a district in the east side of the Welsh capital Cardiff. Its catchment area includes the eastern districts of Cardiff and is heavily oversubscribed. The school's namesake is Illtud, a 5th-century Welsh abbot and teacher.

St. John Bosco College is a Roman Catholic secondary school and sixth form for boys and girls, located in Battersea in the London Borough of Wandsworth, England.

Astley Bridge is predominantly a residential district of Bolton in Greater Manchester, England. It is 2.5 miles (4 km) north of Bolton town centre, 11.7 miles (19 km) south of Blackburn, and 14.3 miles (23 km) northwest of Manchester.