Thracia is a genus of bivalve mollusc in the family Thraciidae. [1]

The name is dated by Sherborn from Sowerby's "Mineral conchology of Great Britain" (1823: vol. 5 p. 20) but therein it is only a mention of a manuscript name by Leach, without a description. It is made available, with a full generic description, in Blainville's article "Mollusques" of "Dictionnaire des Sciences Naturelles" vol. 32, p. 347.

The designation of the type species of Thracia is far from straightforward. The description by Blainville (1824) includes two species: his own T. corbuloidea and T. pubescensLeach. However, at that time T. corbuloidea was still a nomen nudum, and not available nomenclaturally. Also Leach did not publish the name pubescens, which is however available from Pulteney, 1799.

Later, Blainville (1827, p. 660, in the corrections and additions to his "Manuel de Malacologie") stated that Thracia pubescens should be excluded. However, ICZN article 69.4. says that "Elimination of all but one of the originally included nominal species from a nominal genus or subgenus does not in itself constitute type fixation".

The first formal fixation for this genus was by Deshayes (1830) in the entry for Thracia of "Dictionnaire classique d'histoire naturelle" vol. 16, where he wrote, "C'est de cette manière que nous avons su que cette belle espèce [Thracia pubescens] était devenue le type d'un nouveau genre du zoologiste anglais." However, Deshayes also describes Thracia pubescens as a new species, based on a specimen in the Brongniart collection with a manuscript label by Leach, which makes it separately available, homonymous and synonymous with Thracia pubescens Pulteney, also based on Leach's unpublished name.

The ovate shell is oblong, transverse, with unequal valves. The beaks are strongly recurved, that of the right valve notched to receive that of the opposite side. The right valve is more convex and larger than the left. The hinge has upon each valve a horizontal and narrow nympheal callosity, which sometimes expands into a spoon-shaped projection, and contains an internal ligament, which is prolonged, and slightly issues outwardly into the corselet. The shell shows two muscular impressions, the anterior depressed, elongated, contracted towards its middle, and united to the posterior, which is rounded, by a pallial impression, strongly notched at its posterior part. [2]

The animal is oval, thick, enveloped in a very delicate mantle, diaphanous upon its sides, through which is distinctly seen the branchiae and the abdominal mass. The edges are swollen, lobed, and united in almost the whole of the circumference, so that they present only three openings. The first is found at the anterior and lower third of the median line. It forms a slit for the passage of the foot. The two others are seen at the posterior part, and give passage to two distinct tubes or tracheae, cylindrical, fleshy, approaching each other towards their origin. These two tracheae can be extended far out of the shell. The lower is larger and longer, and serves to supply the branchiae with water. The upper, which is nearer to the hinge, is shorter and straighter. It serves for excrement evacuations. At its upper and internal extremity, it has two small tubercles, formed like teats, and armed with small papillae, whose use is probably to prevent the entrance of small foreign bodies. This trachea has no communication with the lower. It is prolonged, moreover, into the interior of the cavity, where it is continued by a delicate, transparent valve, which extends even to the opening of the anus. These tracheae can be drawn into the portion of the mantle which surrounds them, the covering of which is loose, and gives this part the appearance of a vulva. It is surrounded by a tendinous, solid, and elastic ring. A similar apparatus exists for the passage of the foot.

The abdominal mass is voluminous, and is terminated by a small, oval foot, compressed, fringed in the form of a crest, and sub-anterior. The branchiae are voluminous, unequal upon the same side, and united in the whole of their length, at the upper surface. At the lower and internal surface corresponding to this part, they are divided into two, by a very distinct furrow. They are thick, long and wide, of a slightly oval form at the posterior part, and truncated obliquely at the anterior part: the lower is longer; the upper adheres at its middle part in the two anterior thirds near the union of this part with the lower; this connexion is indicated at the upper part by a slight ridge. The posterior third of the two branchiae is floating and free, and is continued as far as the entrance of the siphon. The lamellae are fine and very contiguous, undulated, and a little oblique from behind, forwards.

The mouth is small, transverse and oval. The lips are simple, and the two pairs of labial appendages are straight and elongated. The retracting muscle of the trachea of the right side has an oval form, and is continued upon the abdomen by becoming thin and uniting with the mantle. That of the left side is of an irregular, oval form, and adheres by its internal surface to a membranous, elastic fold which arises from the internal opening of the large trachea, enlarging as it continues, and terminates by a semicircle which exceeds by many lines[ clarification needed ] the retractor muscle of that trachea. There, it joins the mantle. This apparatus is singular and thus remarkable. It is supposed that the animal, by contracting it, employs it to throw out the water in the cavity of the trachea with more force. [2]

Bulla is a genus of medium to large hermaphrodite sea snails, shelled marine opisthobranch gastropod molluscs. These herbivorous snails are in the suborder Cephalaspidea, headshield slugs, and the order Opisthobranchia.

Gari is a genus of bivalve molluscs in the family Psammobiidae, known as sunset shells. 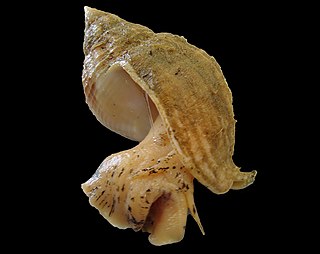 Buccinum is a genus of medium-sized sea snails, marine gastropod molluscs in the family Buccinidae, the true whelks.

Trochus is a genus of medium-sized to large, top-shaped sea snails with an operculum and a pearly inside to their shells, marine gastropod molluscs in the family Trochidae, the top snails.

Terebra is a genus of small to large-sized predatory sea snails, marine gastropod mollusks in the family Terebridae, the auger snails. 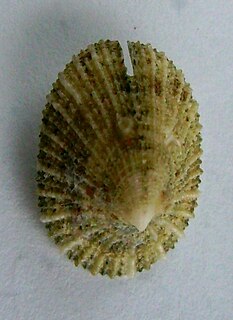 Emarginula is a genus of small keyhole limpets, marine gastropod molluscs in the family Fissurellidae. 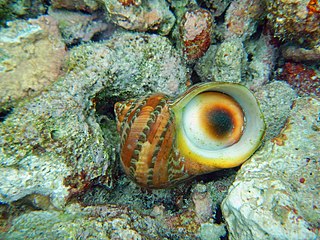 Turbo is a genus of large sea snails with gills and an operculum, marine gastropod molluscs in the family Turbinidae, the turban snails. 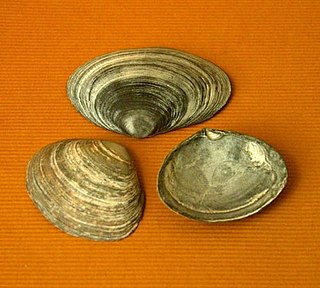 The Semelidae are a family of saltwater clams, marine bivalve molluscs in the order Cardiida. 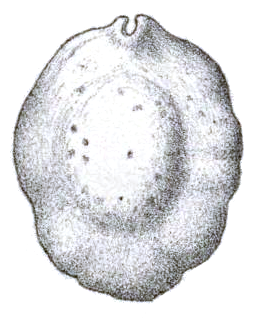 Lamellaria is a genus of small slug-like sea snails, marine gastropod molluscs in the family Velutinidae.

Natica is a genus of small to medium-sized predatory sea snails, marine gastropods in the family Naticidae, the moon snails. 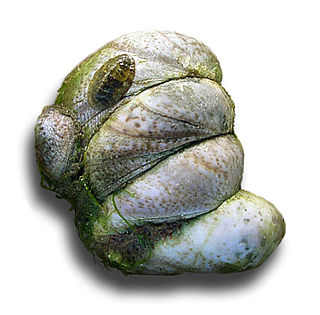 Mangelia is a large genus of sea snails, marine gastropod mollusks in the family Mangeliidae.

Oenopota is a genus of sea snails, marine gastropod mollusks in the family Mangeliidae. 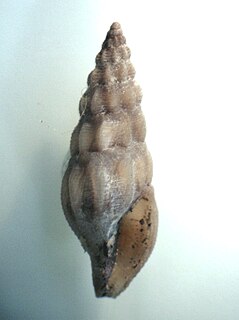 Bela is a genus of sea snails; marine gastropod mollusks in the family Mangeliidae. 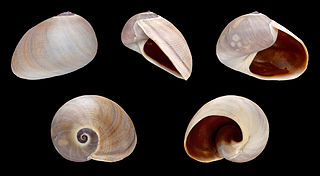 Sinum is a genus of predatory sea snails, marine gastropod mollusks in the family Naticidae, the moon snails. Most naticids have shells that are globular, but the shell of species in the genus Sinum is flattened to some extent, some being so flattened that they are ear-shaped.

Eulima is a genus of small, ectoparasitic sea snails, marine gastropod mollusks in the family Eulimidae.

Cyathodonta is a genus of bivalve mollusc in the family Thraciidae.