Anomalodesmata is an order of saltwater clams, marine bivalve molluscs. [2] This grouping was formerly recognised as a taxonomic subclass. It is called a superorder in the current World Register of Marine Species, despite having no orders, to parallel it with sister taxon Imparidentia, which does have orders. [3]

The shells of species in this order are of equal size, as are the muscles that hold them closed, and the margins at the hinges are thickened. The margins of the mantle are also fused, and there is only a single hinge tooth, if any. [4]

In 2010, a new proposed classification system for the Bivalvia was published in Malacologia by Bieler, Carter & Coan revising the classification of the Bivalvia, including the order Anomalodesmata. [5] The following tree is their info which has been updated with the latest information from the World Register of Marine Species: 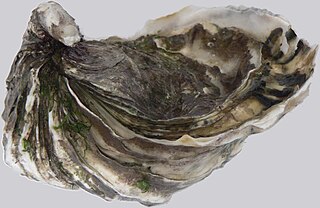 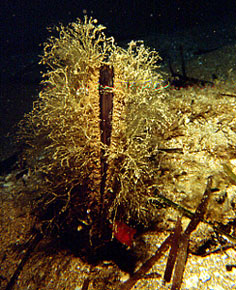 The Pteriida are an order of large and medium-sized marine bivalve mollusks. It includes five families, among them the Pteriidae. 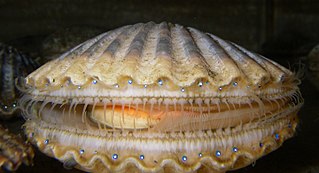 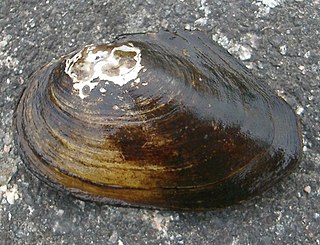 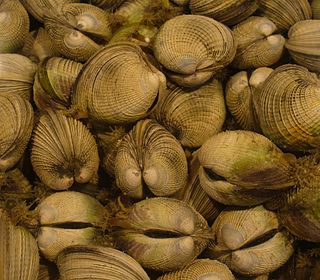 Heterodonta is a taxonomic subclass of saltwater clams, marine bivalve molluscs. This subclass includes the edible clams, the cockles and the Venus clams. 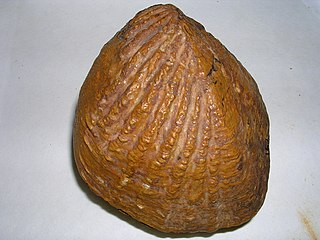 Trigonioidea is superfamily of medium-sized saltwater clams, marine bivalve molluscs. Within the fossil record the occurrence of this superfamily is widespread, ranging from the Devonian Period to Recent. 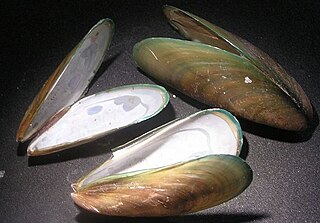 Mytilida is an order of marine bivalve molluscs, commonly known as true mussels. There is one extant superfamily, the Mytiloidea, with a single extant family, the Mytilidae.

Hiatellidae is a taxonomic family of saltwater clams, marine bivalve molluscs. This family is placed in the order Adapedonta.

The Pectinoidea are a superfamily of marine bivalve molluscs, including the scallops and spiny oysters. 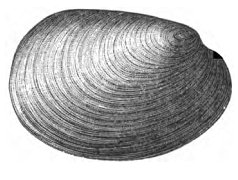 Fordilloidea is an extinct superfamily of early bivalves containing two described families, Fordillidae and Camyidae and the only superfamily in the order Fordillida. The superfamily is known from fossils of early to middle Cambrian age found in North America, Greenland, Europe, the Middle East, Asia, and Australia. Fordillidae currently contains two genera, Fordilla and Pojetaia each with up to three described species while Camyidae only contains a single genus Camya with one described species, Camya asy. Due to the size and age of the fossil specimens, Fordillidae species are included as part of the Turkish Small shelly fauna.

In May 2010, a new taxonomy of the Bivalvia was published in the journal Malacologia. The 2010 taxonomy is known as the Taxonomy of the Bivalvia . The 2010 taxonomy was published as Nomenclator of Bivalve Families with a Classification of Bivalve Families. This was a revised system for classifying bivalve mollusks such as clams, oysters, scallops, mussels and so on. In compiling this new taxonomy, the authors used a variety of phylogenetic information including molecular analysis, anatomical analysis, shell morphology and shell microstructure, as well as bio-geographic, paleobiogeographical and stratigraphic information. 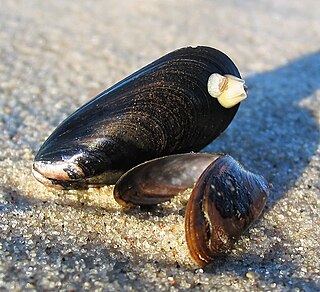 Mytiloidea are a superfamily of small to large saltwater mussels, marine bivalve molluscs in the order Mytilida. 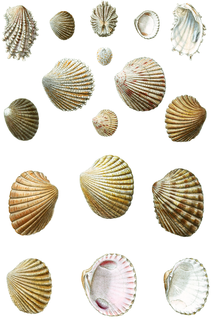