Thulani Davis (born 1949 [1] ) is an American playwright, journalist, librettist, novelist, poet, and screenwriter. She is a graduate of Barnard College and attended graduate school at both the University of Pennsylvania and Columbia University. [2]

In 1992, Davis received a Grammy Award for her album notes on Aretha Franklin's Queen Of Soul – The Atlantic Recordings, becoming the first female recipient of this award. [3] [4] She has collaborated with her cousin, composer Anthony Davis, writing the librettos to two operas.

Davis wrote for the Village Voice for more than a decade, [2] [3] including the obituary for fellow poet and Barnard alumna June Jordan. [5] She was a mentor to a young Greg Tate, before he emerged as an influential journalist and cultural critic. [6] Thulani Davis is a contemporary of and collaborator with Ntozake Shange. [7] [8]

Thulani Davis was born to two African-American educators from Virginia, [2] Willie ("Billie") Louise (née Barbour) Davis and Collis Huntington Davis, Sr. [1] The Davises are prominent in Virginia and the subject of her 2006 book, My Confederate Kinfolk.

Davis graduated from the Putney School in 1966 and continued her education at Barnard College, from which she graduated in 1970. [1] Davis also attended graduate school at the University of Pennsylvania and Columbia University. [2] After graduating from Barnard, Davis moved to San Francisco, where she worked as a reporter for the San Francisco Sun-Reporter, reporting on news stories such as the Soledad Brothers trial and the Angela Davis case. [1] [2]

Davis became a performing poet and worked with a number of musicians and poets in San Francisco. [2] She also joined the Third World Artists Collective, collaborating with Ntozake Shange and others. [1]

Davis returned to New York City in the 1970s. There, she wrote for the Village Voice for 13 years, eventually working her way up to serve as Senior Editor. [1] [2]

In 1981, she introduced family friend and protégé Greg Tate to The Village Voice music editor Robert Christgau, who asked Tate to contribute to the Voice, where he quickly established himself as one of the influential cultural critics of his generation. [6]

In the mid-1980s Davis collaborated with her cousin, composer Anthony Davis, on creating their first opera. She wrote the libretto to X, The Life and Times of Malcolm X .

The two collaborated again in the 1990s when Davis wrote the libretto to Amistad (1997), first produced by the Chicago Lyric Opera. [1] Tim Page of The Washington Post thought the work had missed some chances. It was based on a case of an apparent slave mutiny on a Spanish ship, which reached the United States Supreme Court. Page wrote,

"the incident is a welcome historical example of the United States behaving with wisdom and compassion toward the helpless and downtrodden. This is grudgingly and elusively acknowledged in the opera, but nowhere near so forcefully stated as it should have been, particularly with all the distasteful examples of white racism that were paraded throughout the evening. To paraphrase Walt Whitman, the abolitionist movement had been simmering, simmering, simmering, until the Amistad Rebellion brought it to a boil." [9]

Amistad received a major revision in libretto and music in 2008 for a new production at the Spoleto USA festival. Opera Today said that it was

"much leaner, more focused and dramatically far more effective than the original. And in so doing they {the Davises] created not only a masterpiece of American opera, but further a work that — against a contemporary horizon darkened by undercurrents of racism — resonates today far beyond Memminger and Spoleto USA." [10]

After her return to New York City, Davis also became involved in the creation of documentaries and dramatic films. Her filmmaker brother, Collis Huntington Davis, Jr., introduced her to other black filmmakers. The first documentary she was associated with aired on PBS. [2] She continues to work on creative projects including operas, films, novels, and plays.

Davis is an ordained Buddhist priest in the Jodo Shinshu sect. [11] She founded the Brooklyn Buddhist Association with her husband Joseph Jarman. [3]

Jessye Mae Norman was an American opera singer and recitalist. She was able to perform dramatic soprano roles, but refused to be limited to that voice type. She was a commanding presence on operatic, concert and recital stages, associated with roles including Beethoven's Leonore, Wagner's Sieglinde and Kundry, Cassandre and Didon by Berlioz and Bartók's Judith. The New York Times music critic Edward Rothstein described her voice as a "grand mansion of sound", and wrote that "it has enormous dimensions, reaching backward and upward. It opens onto unexpected vistas. It contains sunlit rooms, narrow passageways, cavernous halls." 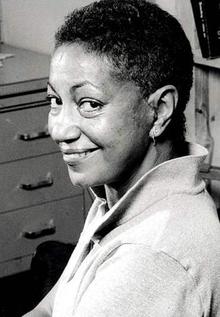 June Millicent Jordan was an American poet, essayist, teacher, and activist. In her writing she explored issues of gender, race, immigration, and representation.

Ntozake Shange was an American playwright and poet. As a Black feminist, she addressed issues relating to race and Black power in much of her work. She is best known for her Obie Award-winning play, For Colored Girls Who Have Considered Suicide / When the Rainbow Is Enuf. She also penned novels including Sassafrass, Cypress & Indigo (1982), Liliane (1994), and Betsey Brown (1985), about an African-American girl runaway from home. Among Shange's honors and awards were fellowships from the Guggenheim Foundation and Lila Wallace Reader's Digest Fund, a Shelley Memorial Award from the Poetry Society of America, and a Pushcart Prize. In April 2016, Barnard College announced it had acquired Shange's archive. Shange lived in Brooklyn, New York. Shange had one daughter, Savannah Shange. She was married twice: to the saxophonist David Murray and the painter McArthur Binion, Savannah’s father, with both marriages ending in divorce. 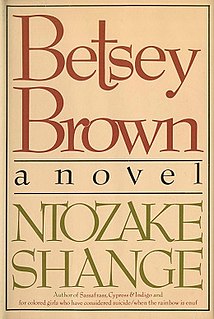 Betsey Brown is an African-American literature novel by Ntozake Shange, published in 1985.

For Colored Girls Who Have Considered Suicide / When the Rainbow Is Enuf is Ntozake Shange's first work and most acclaimed theater piece, which premiered in 1976. It consists of a series of poetic monologues to be accompanied by dance movements and music, a form Shange coined as the choreopoem. for colored girls... tells the stories of seven women who have suffered oppression in a racist and sexist society.

Crossroads Theatre is a theatre in New Brunswick, New Jersey, located in the city's Civic Square government and theatre district. Founded in 1978, it is the winner of the 1999 Regional Theatre Tony Award.

A choreopoem is a form of dramatic expression that combines poetry, dance, music, and song. The term was first coined in 1975 by American writer Ntozake Shange in a description of her work, For Colored Girls Who Have Considered Suicide / When the Rainbow Is Enuf. Shange's attempt to depart from traditional western poetry and storytelling resulted in a new art form that doesn't contain specific plot elements or characters, but instead focuses on creating an emotional response from the audience. In Shange's work, nontraditional spelling and vernacular are aspects of this genre that differ from traditional American literature. She emphasizes the importance of movement and nonverbal communication throughout the choreopoem so that it is able to function as a theatrical piece rather than being limited to poetry or dance.

spell #7, or spell #7: geechee jibara quik magic trance manual for technologically stressed third world people, is a choreopoem written for the stage by Ntozake Shange and first performed in 1979.

nappy edges is a collection of poetry and prose poetry written by Ntozake Shange and first published by St. Martin's Press in 1978. The poems, which vary in voice and style, explore themes of love, racism, sexism, and loneliness. Shange's third book of poetry, nappy edges, was met with positive reviews and praise from critics, like Holly Prado of the Los Angeles Times who said of it that "this collection of poems, prose poems and poetic essays merges personal passion and heightened language." 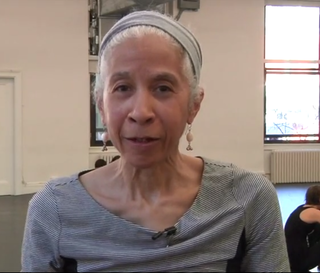 Dianne McIntyre is an American dancer, choreographer, and teacher. Her notable works include Their Eyes Were Watching God: A Dance Adventure in Southern Blues , an adaptation of Zora Neal Hurston's novel Their Eyes Were Watching God, as well as productions of why i had to dance,spell #7, and for colored girls who have considered suicide when the rainbow is enuf, with text by Ntozake Shange. She has won numerous honors for her work including an Emmy nomination, three Bessie Awards, and a Helen Hayes Award. She is a member of the Stage Directors and Choreographers Society, the American Society of Composers, Authors and Publishers, and the Dramatists Guild of America.

lost in language & sound: or how i found my way to the arts: essays (2011) is a collection of 25 personal essays written by Ntozake Shange. Explored in the collection are topics such as racism, sexism, jazz, dance, and writing. The essays function as autobiography, music and literary criticism, and social critique. While some pieces were written specifically for the collection, many were written over the span of over 30 years. 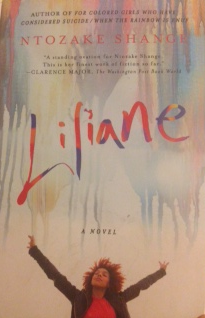 Liliane: Resurrection of The Daughter is a novel by Ntozake Shange. It was originally published by St. Martin's Press in 1994. The novel tells the coming-of-age story of a young Black woman, Liliane Parnell, through the numerous voices of childhood friends, family, lovers, acquaintances, conversations between Liliane and her psychoanalyst, and Liliane herself. Liliane is the daughter of a wealthy and prominent African-American judge, Lincoln Parnell, and his beautiful wife Sunday Bliss Parnell who is working towards reconciling her life as an artist in the present with both the secrets and the expectations of class ascendance from her family's past.

Sassafrass, Cypress & Indigo is a 1982 novel written by Ntozake Shange and first published by St. Martin's Press. The novel, which took eight years to complete, is a story of three Black sisters, whose names give the book its title, and their mother. The family is based in Charleston, South Carolina, and their trade is to spin, weave, and dye cloth; unsurprisingly, this tactile creativity informs the lives of the main characters as well as the style of the writing. Sassafrass, Cypress & Indigo integrates the whole of an earlier work by Shange called simply Sassafrass, published in 1977 by Shameless Hussy Press. As is common in Shange's work, the narrative is peppered with interludes that come in the form of letters, recipes, dream stories and journal entries, which provide a more intimate approach to each woman's journey toward self-realization and fulfillment. The book deals with several major themes, including Gullah/Geechee culture, women in the arts, the Black Arts Movement, and spirituality, among many others.

Judy Dearing was an American costume designer, dancer, and choreographer. She is most well known for designing costumes for a wide range of theater and musical productions, including Charles Fuller's Pulitzer Prize winning drama "A Soldier's Play" and the 1976 stage adaptation of Ntozake Shange's book, for colored girls who have considered suicide / when the rainbow is enuf. 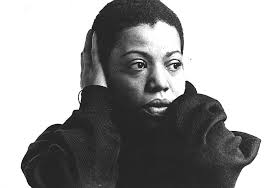 Laurie Dorothea Carlos was an American actress and avant-garde performance artist, playwright and theater director. She was also known for her work mentoring emerging artists in the theater.

Ifa Bayeza is a playwright, producer, and conceptual theater artist. She wrote the play The Ballad of Emmett Till, which earned her the Edgar Award for Best Play in 2009. She is the sister of Ntozake Shange, and directed Shange's A Photograph: Lovers in Motion, which was a part of the Negro Ensemble Company's 2015 Year of the Woman Play Reading Series in New York City.

Margaret Rose Vendryes is a visual artist, curator, and art historian based in New York.

Kim F. Hall is Lucyle Hook Professor of English and Professor of Africana Studies at Barnard College. She is an expert on black feminist studies, critical race theory, early modern and Renaissance literature.