Thysanoprymna pyrrhopyga is a moth of the family Erebidae. It was described by Francis Walker in 1865. It is found in Brazil and Ecuador. [1] 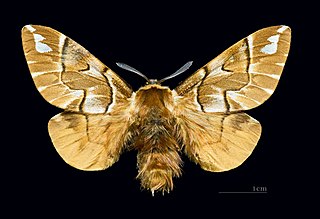 Endromidae is a family of moths. It was long considered to be a monotypic family, containing just one species, the Kentish glory, Endromis versicolora, found throughout the Palaearctic region. The family now consists of several genera and about 30 species, all former members of the family Bombycidae. 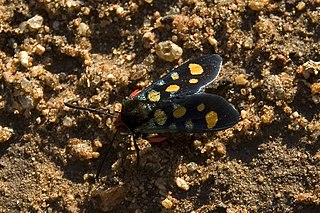 The Thyrididae comprise the family of picture-winged leaf moths. They are the only family in the superfamily Thyridoidea, which sometimes has been included in the Pyraloidea, but this isn't supported by cladistic analysis.

Crambinae is a large subfamily of the lepidopteran family Crambidae, the crambid snout moths. It currently includes over 1,800 species worldwide. The larvae are root feeders or stem borers, mostly on grasses. A few species are pests of sod grasses, maize, sugar cane, rice, and other Poaceae. The monophyly of this group is supported by the structure of the tympanal organs and the phallus attached medially to the juxta.

Adolphus Warburton Moore (1841–1887) was a British civil servant and mountaineer. 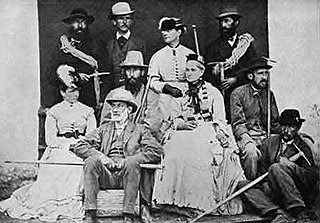 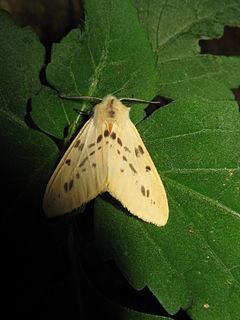 Lemyra is a genus of tiger moths in the family Erebidae. The genus contains many species from East and South Asia, Sundaland and Australia. It was described by Francis Walker in 1856.

Termessa is a genus of moths in the subfamily Arctiinae.

Thysanoprymna is a genus of moths in the family Erebidae. 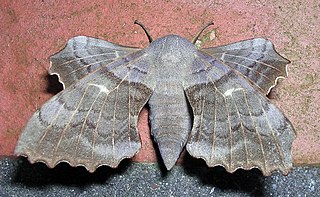 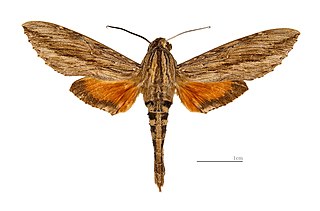 Dilophonotini is a tribe of moths of the family Sphingidae described by Hermann Burmeister in 1878.

Macroglossini is a tribe of moths of the family Sphingidae described by Thaddeus William Harris in 1839. 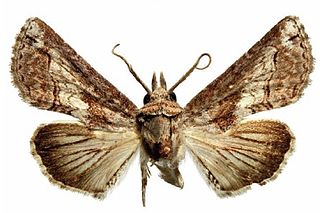 Euteliidae is a family of moths in the superfamily Noctuoidea.