"Ti vorrei sollevare" is a song written, recorded by Italian Pop rock singer Elisa and produced by her and Andrea "Ringuz" Rigonat, featuring Italian singer Giuliano Sangiorgi from Negramaro. It was released as the lead single for Elisa's sixth studio album, Heart . [1]

The track was released on the radio and digitally in Italy on 16 October 2009 and it reached the #1 on the Italian Chart FIMI for the first two weeks from its release, on Italian Airplay Chart since 15 November 2009 and was certified Platinum Award for the copies sold.

The music video for "Ti vorrei sollevare" was directed by the Italian film director Marco Ponti and was produced by One More. It premiered on the Corriere della Sera website on 5 November 2009 and was set in a Mountain's countryside.

Negramaro is an Italian pop band formed in 1999 and successful since 2005. Their name stems from Negroamaro, a wine produced in their native district, Salento in Apulia.

Aram Quartet was an Italian musical group that won the title after taking part in the first Italian edition of the talent show X Factor. The band split in 2010. 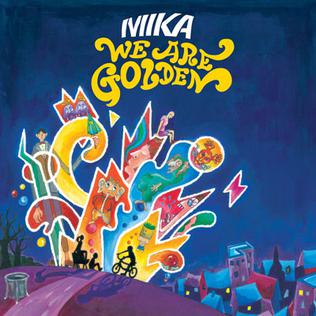 "We Are Golden" is the first single from English singer Mika's second studio album, The Boy Who Knew Too Much. The song was produced and mixed by Greg Wells and features the gospel choir of Andraé Crouch.

Immobile is the second single by Italian pop singer Alessandra Amoroso. The song's public debut was in 2008 on the television talent show Amici di Maria De Filippi and appeared on the show's compilation album Scialla in January 2009. Later that year it was also released on Amoroso's debut EP Stupida. 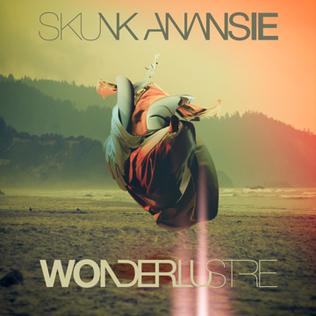 Wonderlustre is the fourth studio album by the British rock band Skunk Anansie. It was the band's first full studio album since Post Orgasmic Chill in 1999. It was released on 13 September 2010 in Europe on V2 Records, earMUSIC and Carosello Records and was preceded by the single "My Ugly Boy", which was released on 16 August 2010. The album is available digitally, as a single CD, a 2 CD tour edition set, a CD/DVD digipack and as a 12" double LP.

The discography of the Sanremo Music Festival winners includes all the winning singles of the annual Festival della Canzone Italiana, an Italian song contest better known as the Sanremo Music Festival, held in the Ligurian city of the same name since 1951 and broadcast by RAI. As of 2022, the Festival has awarded 72 songs, but from 1953 to 1955, from 1957 to 1971, in 1990 and in 1991, each entry was performed by two different acts, resulting in two different releases for each winning song, for a total of 92 singles.

Federico Leonardo Lucia, better known by his stage name Fedez, is an Italian rapper, influencer, singer and songwriter. In 2011, he released the albums Penisola che non c'è and Il mio primo disco da venduto, released as free digital downloads. His first studio album, Sig. Brainwash – L'arte di accontentare, was released in 2013, and it debuted at number one on the Italian Albums Chart. The album, which spawned three singles, including the top 10 hit "Cigno nero" featuring Francesca Michielin, was later certified 3× Platinum by the Federation of the Italian Music Industry. As of December 2021, Fedez has 5 #1 studio albums, 24 top ten singles and 50 Platinum certifications.

"Limpido" is a song recorded by Italian singer Laura Pausini and Australian singer Kylie Minogue. Written by Pausini and Virginio Simonelli, it was released on 10 September 2013 as the lead single from Pausini's greatest-hits album 20 – The Greatest Hits. It has received a nomination for World's Best Song and best music video at the 2013 World Music Awards. The single peaked at number one on the Italian Top Digital Downloads chart, and it was certified gold by the Federation of the Italian Music Industry.

L'anima vola is the eighth studio album by Italian singer–songwriter Elisa. It was released on 15 October 2013 in Italy. The album peaked at number one in Italy and was certified double platinum by the Federation of the Italian Music Industry.

Le cose che non ho is the fourth studio album by Italian singer-songwriter Marco Mengoni, released by Sony Music Italy on 4 December 2015. A single was released in promotion of the album: "Ti ho voluto bene veramente" in October 2015. The album is the second of a two-album project with his third studio album Parole in circolo. 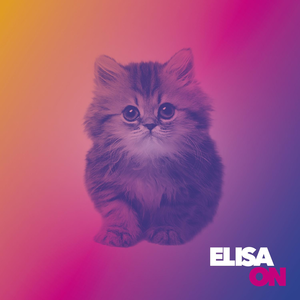 On is the ninth studio album by Italian singer and songwriter Elisa, released on 25 March 2016 by Sugar Music. It was produced by Elisa and features collaborations with Jack Savoretti, Emma Marrone and Giuliano Sangiorgi.

Diari aperti is the tenth studio album by Italian singer Elisa, released by Universal Music Group on 26 October 2018. It was produced by Elisa with Taketo Gohara and Andrea Rigonat and features a collaboration with Francesco De Gregori.

Albanian-Italian singer Ermal Meta released four albums and thirteen singles between 2014 and 2019, as well as one single as a featured artist in 2013.

"Se piovesse il tuo nome" is a song by Italian singer Elisa. It was written by singer-songwriter Calcutta, Vanni Casagrande and Dario Faini and produced by Elisa with Andrea Rigonat and Taketo Gohara.