Born in April 1957 in Pforzheim, West Germany, Maier was raised in a family of architects and attended a Waldorf school as a child. From there he headed to Paris, where he trained at the Chambre Syndicale de la Haute Couture. [2]

Maier's early professional experience includes designing for several fashion and luxury goods houses in France, Italy, and Germany, including Guy Laroche, Sonia Rykiel, where he designed menswear for eight years, and Revillon, where he spent four years as creative director. [2] For nine years, Maier was a women's ready-to-wear designer at Hermès, where he also designed leather goods and accessories. By 1999, he quit his contracts and moved to Florida.

Maier was appointed by Tom Ford to become the Creative Director at Bottega Veneta in June 2001, [2] [3] when the company was acquired by the Gucci Group (which merged with PPR in 2008 and became Kering in 2013). [4]

During his time at Bottega Veneta, Maier presided over an expansion of the brand. He presented his first collection, which consisted solely of accessories, in September 2001, a few months after being hired. [2]

In 2014, Maier and Bottega Veneta partnered with the Japanese publication Casa BRUTUS and launched an initiative to raise awareness of the potential destruction of Modernist buildings in Japan due to economics, politics, and the preparation for the 2020 Summer Olympics. [6]

Under Maier's leadership, Bottega Veneta tripled its revenues [7] and exceeded $1 billion for the first time in 2012 before revenues fluctuated in the following years. [8] By 2017, Saint Laurent overtook Bottega Veneta as Kering's second-biggest source of revenue; Kering announced Maier's resignation on 13 June 2018. [1]

Tomas Maier established a swimwear label in 1997 with business partner Andrew Preston, and an online boutique was launched in 1998. [2] [9] Since then, five eponymous stores have opened in Palm Beach, Bal Harbour, East Hampton, and New York City. The collection is sold at over 100 stores in more than 30 countries. [2] [10] On 19 November 2013, Kering announced it was investing in Tomas Maier's own label to "infuse it with the capital needed to ramp up expansion, including the addition of more company-owned boutiques". [2] As of November 2013 [update] , the private label generated about $10 million annually from swimwear, knitwear, and jersey. [2]

In 2018, Tomas Maier teamed up with Japanese casual wear retailer Uniqlo for a one-time-only resort-focused collection. [11] The Tomas Maier brand was shut down in 2018, definitely ending the cooperation between the designer and Kering. [12]

Gucci is an Italian high-end luxury fashion house based in Florence, Italy. Its product lines include handbags, ready-to-wear, footwear, and accessories, makeup, fragrances, and home decoration.

Heidemarie Jiline "Jil" Sander is a minimalist German fashion designer and the founder of the Jil Sander fashion house.

Bottega Veneta is an Italian luxury fashion house based in Milan, Italy. Its product lines for men and women include ready-to-wear, handbags, shoes, accessories, jewellery and fragrances.

Balenciaga SAS is a luxury fashion house founded in 1919 by the Spanish designer Cristóbal Balenciaga in San Sebastian, Spain and bought afterwards by French luxury group Kering. Balenciaga had a reputation as a couturier of uncompromising standards and was called "the master of us all" by Christian Dior. His bubble skirts and odd, feminine, yet "modernistic" silhouettes became the trademarks of the house. Balenciaga closed in 1972 and was reopened under new ownership in 1986. Owned by Kering, Balenciaga headquarters are based in Paris.

Brioni is an Italian menswear luxury house based in Rome and specialised in sartorial ready-to-wear, leather goods, shoes, eyewear and fragrance, and provides a tailor-made service (Bespoke).

Stuart Vevers is a British fashion designer. He graduated from the University of Westminster in 1996. His first job was at Calvin Klein, followed by Bottega Veneta, Givenchy and Louis Vuitton, where he worked with Marc Jacobs. He joined Mulberry as creative director in 2005 and was instrumental in the company's success, transforming their leather goods into the must-have bags. He has also collaborated with Luella Bartley and Designer of the Year, Giles Deacon. In 2006, he won the British Fashion Council's Accessory Designer of the Year award. In July 2007 it was announced that he had been appointed creative director of Loewe, and, on 25 June 2013, Vevers was announced to be the executive creative director at American label Coach.

Longchamp is a French luxury leather goods company, founded in Paris in 1948 by Jean Cassegrain.

Trussardi[trusˈsardi] is an Italian luxury fashion house based in Milan, Italy, and specialized in leather goods, ready-to-wear, perfumes, and accessories.

Theory is a New York-based men's and women's contemporary fashion label which sells clothes and accessories. The brand currently has 221 retail locations and global sales approaching $1 billion in 2014. The company's headquarters and flagship boutique are located in Manhattan's Meatpacking District.

Celine is a French ready-to-wear and leather luxury goods brand that has been owned by LVMH group since 1996. It was founded in 1945 by Céline Vipiana. Since November 2015, the headquarters are located at 16 rue Vivienne in the 2nd arrondissement of Paris at the Hôtel Colbert de Torcy, which has French Historic Monument classification. Séverine Merle is the Chief Executive Officer since April 2017.

Ports is an international luxury fashion house founded by Japanese Canadian fashion designer Luke Tanabe (1920–2009) in Toronto in 1961. It specializes in luxury women's and men's ready-to-wear as well as accessories. Acquired by Chinese Canadian brothers Alfred Chan and Edward Tan in 1989, Ports expanded into the Chinese market in the early 1990s where its parent company — which traded on the Hong Kong Stock Exchange from 2003 to 2018 and has since been privatized — now operates more than 300 retail stores. Sub-brands of the fashion house include Ports (International) in China and Asia as well as Ports 1969, with subsidiaries in Milan and New York City as well as a flagship store in Paris, for global distribution. 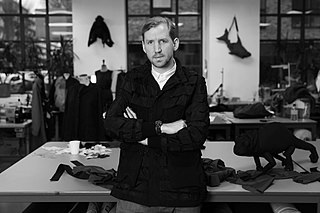 Milly is an American fashion company. Specializing in women’s clothing, it was founded by fashion designer Michelle Smith and Andrew Oshrin. The company is based in New York City and retails worldwide in department stores, via its own boutiques, its website and wholesales primarily to department stores. Smith and Oshrin ran the company until 2019 when it sold to S. Rothschild.

Demna Gvasalia is a Georgian fashion designer, currently the creative director of Balenciaga and the co-founder of Vetements. 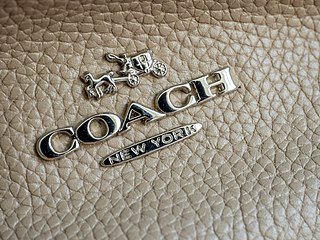 Coach New York or simply Coach is an American mid-luxury fashion house specializing in leather goods such as handbags, luggage, accessories, and ready-to-wear. Stuart Vevers has been the executive creative director since 2014.

Daniel Lee is an English fashion designer. He was the creative director of the Italian luxury fashion house Bottega Veneta from 2018 to 2021.