Jacob William Hoggard is a Canadian singer and songwriter, best known as the lead singer of the pop-rock band Hedley. Before Hedley was formed, Hoggard competed on the second season of Canadian Idol, in 2004; he placed third.

Hedley is a Canadian pop rock group originating in Abbotsford, British Columbia, originally formed in 2003. They are named after the unincorporated community of Hedley, British Columbia, a name chosen after members heard that it was for sale for $346,000. After lead singer Jacob Hoggard placed third on the second season of Canadian Idol in 2004, the group signed with Universal Music Canada and released their self-titled debut studio album the following year. After signing an international recording contract with Capitol Records in 2006, which brought them an increased American following. Hedley saw commercial success with their subsequent studio albums, including Famous Last Words (2007), The Show Must Go (2009), Storms (2011), Wild Life (2013), and Hello (2015). 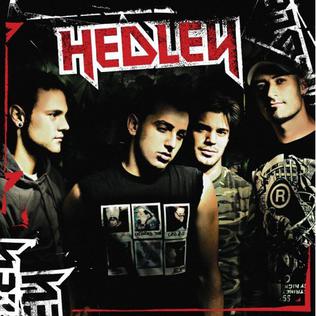 Hedley is the self-titled debut studio album recorded by Canadian rock band Hedley, released in Canada on September 6, 2005, through Universal Music Canada. The album reached the top 3 on the Canadian Albums Chart and has been certified double platinum by Music Canada. It garnered a nomination for Rock Album of the Year at the 2006 Juno Awards.

Last Exit was a British jazz fusion band formed in Newcastle upon Tyne, England, in 1974. It is best remembered as the group Sting was in before finding stardom with The Police. 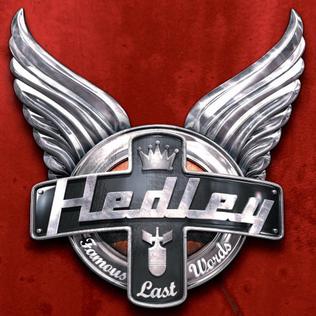 "For the Nights I Can't Remember" is a song recorded by Canadian pop rock band Hedley for their second studio album, Famous Last Words (2007). The ballad was co-written by the members of the band with the record's producers, Greig Nori and Dave Genn. It was released in November 2007 as the album's second single. In 2009, the song was re-issued digitally with their follow-up single.

The 2008 MuchMusic Video Awards were held in Toronto, Ontario at MuchMusic's headquarters on June 15, 2008 with the rain-soaked Red carpet arrivals that started at 8:00pm ET, but was slightly delayed by rainstorms that soaked the crowds and artists, the awards started at 9:00 and ended at 11:00. The show featured performances by illScarlett, Flo Rida, Girlicious, Sean Kingston, JabbaWockeeZ, Simple Plan, the first performance by New Kids on the Block in 15 years and others. The most nominated artist was Hedley with six nominations in which they won four awards. This was the first MMVA to have an afterparty, which was broadcast exclusively on MuchMusic.com, and featured Bedouin Soundclash.

Hollowick was a Canadian rock band from Oshawa, formerly called Rides Again. It was composed of lead singer and guitarist Nathan Peyton, bassist and brother background vocalist Chad Peyton, lead guitarist Luke LeDoux, and drummer Frank Goerz. Their first full-length album, Into Existence, was released as Rides Again on 2 October 2007. The first single, "Wonder Why", was produced by Gavin Brown. Videos and singles followed for Infected and It's Too Late, which received play on MuchMoreMusic. "Infected" became a top 10 modern rock hit in Canada. The band has toured with Theory of a Deadman, Social Code, The Trews and Hedley, Yellowcard among others. A few years before "Into the Existence", Rides Again was known for their hit song "Geeze Louise", a pop rock song popular among young teens. The band was incorporated with Vodoo Records at this time, playing across southern Ontario. At this time the original drummer and cousin of Nathan and Chad, Bradley Christiansen, was in the band, but had left later on to pursue other career options. 2007 seemed to be the year for the striving Canadian band having their music videos published on Much Music, and Much More Music as well as radio stations across Canada. In mid-2009, Mike McElroy resigned as Rides Again drummer to pursue other importances. After Mike left they asked drummer and musician Kelly Voelkel to join the band, Kelly performed all of the drums and percussion on Hollowick's upcoming album. In July 2009 Kelly left to pursue more professional endeavours. Friend Anthony Moreino and former Rides Again merchandise guy filled in on drums for a short time for Hollowick, until new drummer Frank Goerz was found. With Goerz now behind the drum kit, there's a new level of explosive energy never felt before for Hollowick.

Dave Cameron Rosin is a Canadian guitarist and singer. Rosin is the lead guitarist of the rock band Hedley. 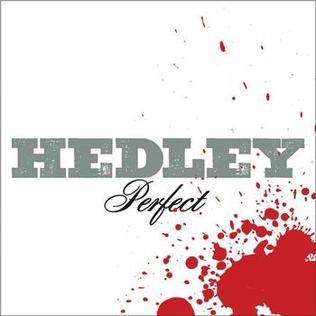 "Perfect" is a song by recorded by Canadian pop rock band Hedley for their third studio album, The Show Must Go (2009). Lead singer Jacob Hoggard co-wrote the song with David Bendeth and Dave Genn, while Bendeth co-produced the track with Brian Howes. It was first released in February 2010 through Universal Music Canada as the record's third single. "Perfect" was released in the United States through Island Records on August 10, 2010 as the group's first official single in that country.

The 2010 MuchMusic Video Awards were held in Toronto, Ontario, Canada at MuchMusic's headquarters on 20 June 2010. Along with the MuchMusic VJ's, it was confirmed on the MuchMusic website that Miley Cyrus will co-host the show. The artists with the most nominations are Drake and Hedley with six. For the 1st time since 2001, Fuse televised the MMVAs in the United States. Hedley and Justin Bieber tied for most wins at the 2010 MMVAs with 3 wins each. 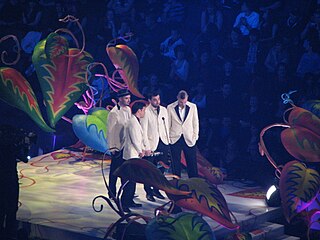 Storms is the fourth full-length studio album by Canadian pop rock band Hedley. It was preceded by the release of two top-20 singles, including lead single "Invincible" in August 2011. The album was released in Canada on 8 November 2011 through Universal Music Canada. A critical and commercial success, the album debuted at No. 2 on the Top Canadian Albums chart. In May 2012, Storms was re-issued with a modified track listing that includes a third single "Kiss You Inside Out". 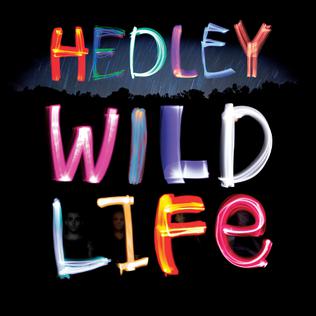 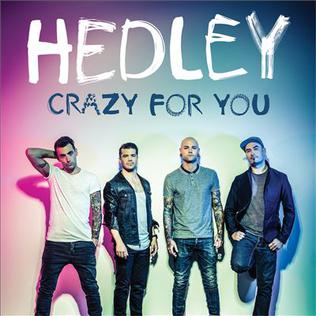 "Crazy for You" is a song recorded by Canadian pop rock band Hedley for their fifth studio album, Wild Life (2013). It was made available for purchase on iTunes on October 22, 2013 as a promotional single supporting pre-orders of the album. The song was released as the second official single off the album on January 20, 2014 through Universal Music Canada. It was a success in Canada, reaching the top 10 and selling over 166,000 copies. In the US, "Crazy for You" was served to hot adult contemporary radio through Capitol Records on March 17, 2014. 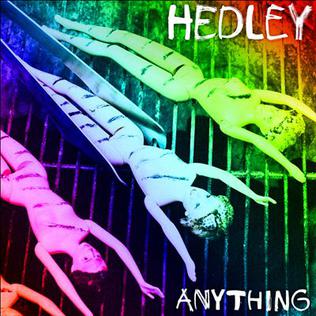 "Anything" is a song recorded by Canadian pop rock band Hedley for their fifth studio album, Wild Life (2013). The song was written and produced by Jacob Hoggard and Brian Howes, with additional writing by Jason Van Poederooyen. It was released to Canadian radio on August 19, 2013 through Universal Music Canada as the album's lead single. "Anything" was serviced to alternative radio in the US through Capitol Records in November 2013 as the band's fifth American single.

"Lose Control" is a song recorded by Canadian pop rock band Hedley for their sixth studio album Hello (2015). It was written by lead singer Jacob Hoggard with Jarett Holmes, Brian Howes, and Jason "JVP" Van Poederooyen, and was produced by all but Holmes. "Lose Control" was released March 4, 2016 through Universal Music Canada as the album's third official single. 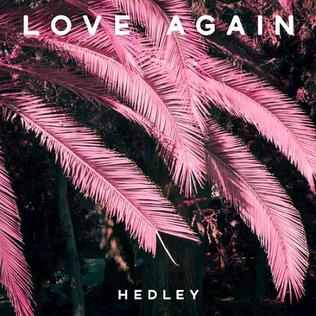 "Love Again" is a song recorded by Canadian pop rock group Hedley for their forthcoming seventh studio album, Cageless. The song was written and produced by Jacob Hoggard, Brian Howes, and Jason "JVP" Van Poederooyen. It was released through Universal Music Canada on June 13, 2017 as the record's lead single. "Love Again" has reached a peak position of 50 on the Canadian Hot 100 chart.

Cageless is the seventh studio album by the Canadian pop rock group Hedley, released through Universal Music Canada on September 29, 2017. It was supported by the singles "Love Again" and "Better Days". The music video for the former was shot for virtual reality. The album received a Juno Award nomination for Pop Album of the Year.