Tooheys is a brewery in the suburb of Lidcombe, in Sydney, Australia. It produces beers and ciders under the Tooheys and Hahn Brewery trademarks, and is part of the Lion beverages group which was acquired by the Japanese Kirin Company in 2009. [2]

Tooheys dates from 1869, when John Thomas Toohey (an Irish immigrant to Melbourne) obtained his brewing licence. Toohey and his brother James Matthew ran pubs in Melbourne (The Limerick Arms and The Great Britain) before moving to Sydney in the 1860s. They commenced brewing Tooheys Black Old Ale in a brewery in the area of present-day Darling Harbour. By 1875, demand for their beer had soared and they established The Standard Brewery in inner-city Surry Hills. In 1902, the company went public as Tooheys Limited, and commenced brewing lager (the present-day Tooheys New) in 1930. In 1955, the brewery moved west to Lidcombe. [3] In 1967, Tooheys bought competitor Miller's Brewers located in Taverner's Hill, closing that brewery in 1975. [4] [5] [6]

Lion Nathan acquired a 50% stake in Bond's Natbrew Holdings in 1990, and took total ownership in 1992. [8] Production of Hahn-branded beers was moved from the Camperdown Hahn Brewery to Tooheys, some time between 1993 (Lion's acquisition of Hahn) and 1999 [11] (when Hahn Brewery was renamed Malt Shovel Brewery).

Products sold under the Tooheys trademark are brewed at Tooheys Brewery. Home-brew kits are distributed by Lion and produced at Canterbury Brewery. 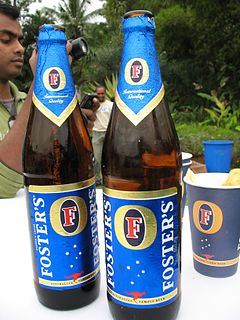 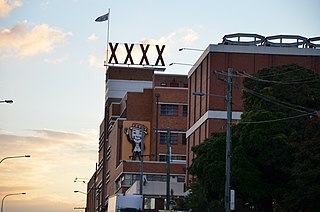 Boag's Brewery is an Australian brewery company founded in 1883 by James Boag and his son, also named James, in Launceston, Tasmania, Australia. It is now owned by Lion, a Trans-Tasman subsidiary company of Japanese beverage conglomerate, Kirin. All of the company's beers are produced in Launceston. 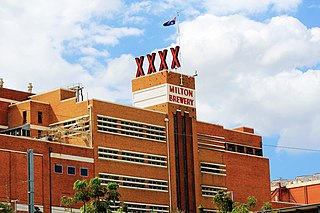 Cascade Brewery is a brewery established in 1824 in South Hobart, Tasmania and is the oldest continually operating brewery in Australia. 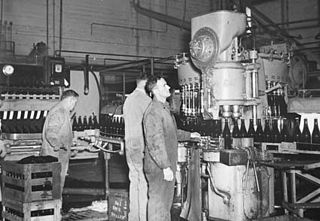 Hahn Brewery is a brewery that was established by Dr Charles "Chuck" Hahn in 1988 at an old factory site in the suburb of Camperdown in Sydney, New South Wales, Australia.

Mountain Goat Beer is a brewery in Richmond, Victoria, Australia. The brewery was founded in 1997 by Cam Hines and Dave Bonighton. The company's first commercial brew, 'Hightale Ale' amber ale, was released in October 1997. Mountain Goat Beer was purchased by Asahi in September 2015. 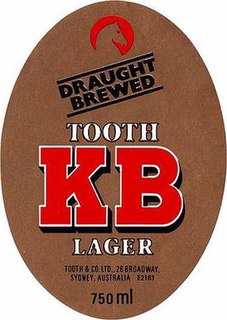 Emu is a beer brand name now owned by Lion. It was originally brewed by the Emu Brewery in 1908 until the brewery's sale to the Swan Brewery in 1927. The production of the Emu branded beer continued from a separate autonomous brewery in Perth until 1978, and then was relocated to a combined brewery in Canning Vale. In 2014 Lion Nathan moved production of both the Emu and Swan beer brands to the company's West End Brewery in South Australia.

The August Schell Brewing Company is a brewing company in New Ulm, Minnesota that was founded by German immigrant August Schell in 1860. It is the second oldest family-owned brewery in America and became the oldest and largest brewery in Minnesota when the company bought the Grain Belt rights in 2002. In September 2010, the brewery celebrated its 150th Anniversary with a two-day festival. Every year, Schell's also celebrates traditional German holidays with Bock Fest and Oktoberfest. The current brewery is owned and operated by the August Schell Brewing Company, a Minnesota corporation that was incorporated in 1902.

The Archipelago Brewery is a Singapore brewery owned by Heineken Asia Pacific.

Lion is an alcoholic beverage company that operates in Australia and New Zealand, and a subsidiary of Japanese beverage giant Kirin. It produces and markets a range of beer and cider in Australia, and wine in New Zealand and the United States through Distinguished Vineyards & Wine Partners. It acts as distributors for a range of spirits in New Zealand, but does not own any distilleries outright, although holding a 50% share of Four Pillars Gin in Victoria.