Tork: Prehistoric Punk is a platform video game released on January 12, 2005 for the Xbox video game console. It was developed by Tiwak and published by Ubisoft. The game was never released outside the United States.

In the game, players control the title character as he fights back against an evil sorcerer who is trying to destroy his world. He is a shapeshifter who travels through time to change history, transforming into three "spirit" animals along the way: a squirrel, a Yeti, and an armadillo. Various periods from the Stone Age to the fictitious "Age of Fantastical Machines" are represented.

The game is similar to and resembles the THQ video game series, Tak and the Power of Juju.

Developed by Tiwak, a group founded by former Rayman 2 developers, Tork was originally planned to be published by Microsoft Studios for release in 2004. However, following Ed Fries' departure from the company, Microsoft dropped the game (though retained the trademark to the Tork character). [1] On April 21, 2004, Ubisoft announced that it had acquired the publishing rights from Microsoft (in addition to purchasing developer Tiwak and merging it with its Montpellier studio) and would be releasing Tork: Prehistoric Punk in North America in January 2005 for the budget retail price of $19.99. [2]

The game received "mixed" reviews according to the review aggregation website Metacritic. [3] 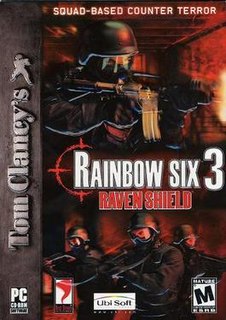 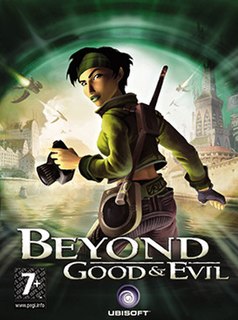 Beyond Good & Evil is a 2003 action-adventure video game developed and published by Ubisoft for the PlayStation 2, Microsoft Windows, Xbox and GameCube platforms. The story follows the adventures of Jade, an investigative reporter and martial artist, who works with a resistance movement to reveal a planet-wide alien conspiracy. The player controls Jade and allies, solving puzzles, fighting enemies, and obtaining photographic evidence. 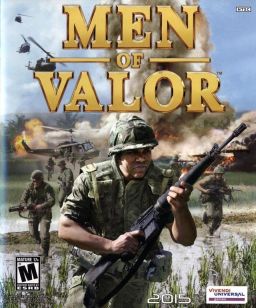 Men of Valor is a first-person shooter video game developed by 2015, Inc. and published by Vivendi Universal Games for the Microsoft Windows and Xbox platforms. Men of Valor is based on the Unreal Engine 2.0 and simulates infantry combat during the Vietnam War.

Meteos is a tile-matching video game developed by Q Entertainment and published by Bandai for the Nintendo DS. The game was released worldwide in 2005; it was produced by Q Entertainment founder Tetsuya Mizuguchi and designed by Masahiro Sakurai. Meteos was inspired by the video game Missile Command (1980), the film The Matrix (1999) and the television series 24 (2001-2010).

Arx Fatalis is an action role-playing video game developed by Arkane Studios and released for Microsoft Windows in 2002 and Xbox in 2003. The game is played from a first-person perspective and is set on a world whose sun has failed, forcing the above-ground creatures to take refuge in caverns. The game's mechanics include the use of mouse gestures to cast spells. Arx Fatalis received mostly positive reviews from critics but was not commercially successful. 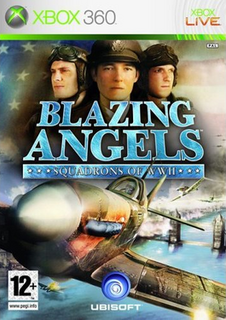 BlowOut is a 2003 run and gun video game developed by Terminal Reality and published by Majesco Entertainment, released for the Microsoft Windows, PlayStation 2, Xbox, and GameCube. 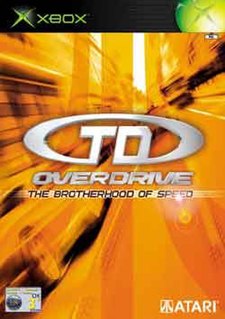 TD Overdrive: The Brotherhood of Speed is a racing video game developed by Pitbull Syndicate and published by Infogrames for PlayStation 2, Xbox and Microsoft Windows. 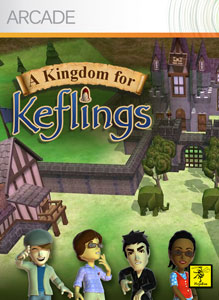 A Kingdom for Keflings is a video game developed by NinjaBee for the Xbox Live Arcade which was released on November 19, 2008. It was later ported to Microsoft Windows on March 20, 2010. 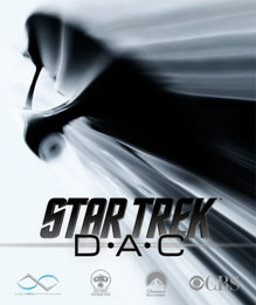 Star Trek D·A·C is a video game inspired by the 2009 Star Trek movie, developed by Naked Sky Entertainment in collaboration with Bad Robot Productions. The title is derived from the game's three modes of play: Deathmatch, Assault, and Conquest. The game was released for the Xbox 360 via the Xbox Live Arcade on May 13, 2009, for the PlayStation 3 and Microsoft Windows in November 2009, and for Mac OS X on December 21, 2009. 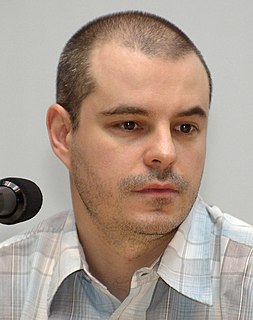 Clint Hocking is a Canadian video game director and designer. He has primarily worked at the Canadian divisions of Ubisoft, where he developed three titles, and briefly worked at LucasArts, Valve, and Amazon Game Studios.

Scott Pilgrim vs. the World: The Game is a side-scrolling beat 'em up game developed by Ubisoft Montreal and Ubisoft Chengdu and published by Ubisoft, based on the Scott Pilgrim series of Oni Press graphic novels by Bryan Lee O'Malley and tying in with the release of the film of the same name. The game was originally released digitally for Xbox 360 and PlayStation 3 in August 2010 before being delisted in December 2014. An updated re-release for PlayStation 4, Xbox One, Nintendo Switch, Microsoft Windows, Amazon Luna and Stadia, titled Scott Pilgrim vs. the World: The Game – Complete Edition, was released on January 14, 2021. 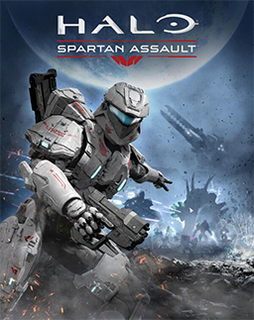 Halo: Spartan Assault is a twin stick shooter video game developed by 343 Industries and Vanguard Games. Part of the Halo media franchise, the game was released on July 18, 2013, for Microsoft's Windows 8 and Windows Phone 8 platforms. The game subsequently released on Xbox 360, Xbox One, Steam, and iOS. Halo: Spartan Assault is set between the events of Halo 3 and Halo 4. Players control the human soldiers Sarah Palmer and Edward Davis as they fight a new splinter faction of the alien Covenant. The game launched with 25 single-player missions; an additional campaign released as downloadable content. The console versions also feature an exclusive cooperative horde mode.

NBA Inside Drive is a series of video games based on National Basketball Association, published by Microsoft Studios. Its main competition was NBA Live, a series from Electronic Arts.