Future US, Inc. (formerly known as Imagine Media and The Future Network USA) is an American media corporation specializing in targeted magazines and websites in the video games, music, and technology markets. Headquartered in New York City, the corporation has offices in: Alexandria, Virginia; Minneapolis, Minnesota; and Washington, D.C. [2] Future US is owned by parent company, Future plc, a specialist media company based in Bath, Somerset, England.

The company launched a number of titles including PC Gamer , and relocated from North Carolina to the San Francisco Bay Area, occupying various properties in Burlingame and South San Francisco. When Chris Anderson, the founder of Future plc, sold Future to Pearson plc he retained GP, renamed Imagine Media, Inc. in June 1995, and operated it as his sole company for a few years. [4]

Buoyed by the Internet economy and the success of Business 2.0 in the US (and subsequently in the UK, France, Italy and Germany), Future rode the boom of the late nineties. During this period the company won the exclusive worldwide rights to produce the official magazine for Microsoft's Xbox video game console and cemented its position as a leader in the games market. In the spring of 2001, buffeted by economic factors and the market downturn, Future Network USA went through a strategic reset of its business that included the closure of some titles and Internet operations and the sale of Business 2.0 to AOL/Time Warner. [5]

On September 19, 2007, Nintendo and Future announced that Future US would obtain the publishing rights to Nintendo Power magazine. This came into effect with the creation of issue #222 (December 2007). [6]

On October 1, 2007, it was announced that Future US would be making PlayStation: The Official Magazine , which ended up replacing PSM and first hit newsstands in November 2007. With this launch, Future US became the publisher of the official magazines of all three major console manufacturers in the US. PlayStation: The Official Magazine closed in 2012. [7]

In 2018, Future reacquired majority of the assets previously sold to NewBay by buying NewBay outright for US$13.8 million. [9] Future used this acquisition to expand its US footprint, particularly in B2B segment. [10] [11]

Its magazines and websites include:

DuckTales is a platform game developed and published by Capcom and based on the Disney animated TV series of the same name. It was first released in North America for the Nintendo Entertainment System in 1989 and was later ported to the Game Boy in 1990. The story involves Scrooge McDuck traveling around the globe collecting treasure and outwitting his rival Flintheart Glomgold to become the world's richest duck.

Argonaut Games PLC was a British video game developer founded in 1982, most notable for the development of the Super NES video game Star Fox and its supporting Super FX hardware, as well as for developing Croc: Legend of the Gobbos and the Starglider series. The company was liquidated in late 2004, and ceased to exist in early 2007. 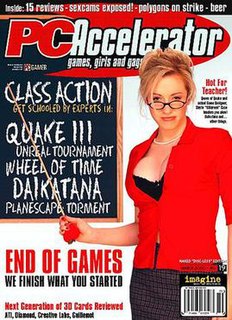 PC Accelerator (PCXL) was an American personal computer game magazine that was published by Imagine Media. It was known for its Maxim-like humor and photography.

BlowOut is a 2003 run and gun video game developed by Terminal Reality and published by Majesco Entertainment, released for the Microsoft Windows, PlayStation 2, Xbox, and GameCube.

Urban Freestyle Soccer is a sports video game developed by British studio Gusto Games, a company announced in 2003, made up from eleven former employees of Silicon Dreams Studio, the game's original developer, which closed down in September that year. The game was published by Acclaim Entertainment and released for mobile phones, GameCube, Microsoft Windows, PlayStation 2 and Xbox, between August 2003 and March 2004. 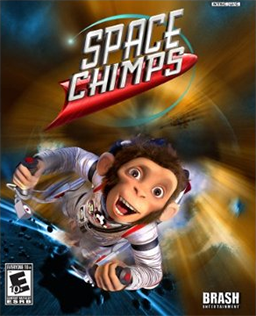 Space Chimps is a platforming video game based on the film of the same name. It was published by Brash Entertainment and was officially released on the PlayStation 2, Wii, Nintendo DS, Xbox 360 and Microsoft Windows in the summer of 2008.

Rogue Trooper is a third-person shooter video game developed by Rebellion Developments and published by Eidos Interactive. It was released for Microsoft Windows, PlayStation 2 and Xbox in 2006. The Wii version, entitled Rogue Trooper: Quartz Zone Massacre, was released in 2009.

Beijing 2008 is the official Olympic video game of the 2008 Summer Olympics held in Beijing. Developed by Eurocom and published by Sega, the game was the second video game based on the 2008 Summer Olympics to be released, the first being the fantasy-based Mario & Sonic at the Olympic Games which appeared in late 2007; however, Beijing 2008 is a realistic sports simulation.

Mini Ninjas is a 2009 action-adventure game developed by IO Interactive and published by Eidos Interactive for Microsoft Windows, Nintendo DS, PlayStation 3, Wii and Xbox 360. A Mac OS X version of the game was released on July 8, 2010, by Feral Interactive. In December 2011, it was announced that the game would be also made available as a browser game for Google Chrome. 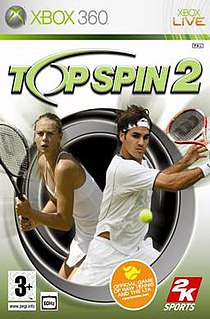 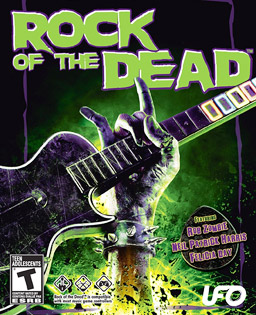 Rock of the Dead is a music video game. It was developed by Epicenter Studios and distributed by Conspiracy Entertainment and UFO Interactive Games. The game was released in 2010 for iOS, PlayStation 3, and Xbox 360.

Stoked is a snowboarding video game developed by Austrian-based Bongfish GmbH for the Xbox 360 in 2009. It is the latest entry in the Stoked Rider snowboard game series and is in association with Absinthe Films. In 2009 an updated version, Stoked: Big Air Edition, was released for Xbox 360, and a Microsoft Windows version was released only for the PAL region in 2011.