Union Sportive d'Ivry is a team handball club from Paris, France. Currently, US d'Ivry competes in the French First League of Handball.

Birkirkara Football Club is a professional football club based in the town of Birkirkara, on the island of Malta. The club was formed in 1950, following the amalgamation of Birkirkara United and Birkirkara Celtic. Birkirkara currently play in the Maltese Premier League, which it has won on four occasions, most recently in the 2012–13 season.

Anadolu Efes Spor Kulübü, formerly known as Efes Pilsen, is a Turkish professional basketball team based in Istanbul, Turkey. Efes is the most recent Euroleague Champion and on the first place of European Club Ranking. Also Efes is the most successful club in the history of the Turkish Super League (BSL), having won the league's championship 15 times. Efes won a total of 38 domestic trophies, more than any other Turkish basketball club. 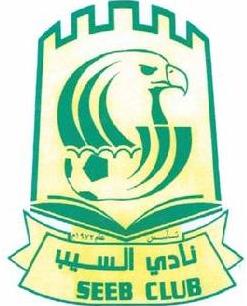 Al-Seeb Club is an Omani professional football club based in Al-Seeb, Oman, that competes in the Oman Professional League, the top flight of Omani Football. Their home ground is Al-Seeb Stadium. The stadium is government owned, but they also own their own personal stadium and sports equipment, as well as their own training facilities.

Rokometni klub Celje, currently named Celje Pivovarna Laško due to sponsorship reasons, and commonly referred to as RK Celje or simply Celje, is a handball club from Celje, Slovenia. They were the winners of the Champions League in the 2003–04 season, becoming European club champions. The team plays its home matches in the Zlatorog Arena, a 5,191 capacity multi-purpose arena in Celje.

ABC Braga is a professional Handball team based in Braga, Portugal. It plays in LPA.

Hrvatski akademski vaterpolo klub Mladost or simply HAVK Mladost is a professional water polo club based in Zagreb, Croatia. The club was formed in 1946 and it is part of the Mladost sports society. As of the 2019–20 season, it competes in the Croatian League and Regional League A1.

Galatasaray is the women's basketball section of Galatasaray S.K., a major sports club in Istanbul, Turkey.

ŽOK Rijeka is a Croatian women's volleyball club based in Rijeka. It was established in 1947. It plays in the Croatian 1A Volleyball League, and in recent years it has competed in the Women's CEV Champions League. They have won seven straight Croatian League titles since 2006, and the Middle European League in 2009. 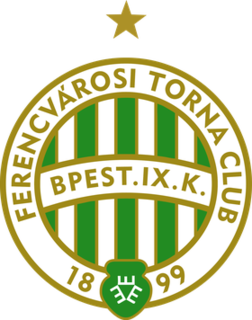 Ferencvárosi Torna Club is a Hungarian women's handball team from Budapest, that is part of the multi-sports club Ferencvárosi TC. Nicknamed Fradi, the team plays in the Nemzeti Bajnokság I, the top level championship in Hungary. They are one of the most successful clubs in the country, having won eleven Hungarian championships and as many Hungarian cup titles. FTC also enjoy a good reputation in continental competitions: they lifted the EHF Cup Winners' Cup trophy in 1978, 2011, and 2012, and they were also crowned as the EHF Cup winners in 2006. The team also reached the finals of the EHF Champions League two times, however, they fell short in both occasions.

Metz HB is a French handball club from Metz, capital of Lorraine. The club has teams for both women and men. The women's team currently competes in the LFH Division 1.

Ivica Obrvan is a Croatian retired handball player and current coach of RK Zagreb and the Bosnia and Herzegovina national team.

Zvonimir Bilić is a former Croatian handball player and coach.