United Nations Security Council Resolution 1644, adopted unanimously on 15 December 2005, after recalling resolutions 1373 (2005), 1566 (2004), 1595 (2005) and 1636 (2005), the Council demanded that Syria respond to the inquiry of the United Nations International Independent Investigation Commission (UNIIIC) into the assassination of former Lebanese Prime Minister Rafic Hariri, and extended the investigation until 15 June 2006.[ clarification needed ] [1]

A stronger version of Resolution 1644—which accused Syria of deliberately hindering the investigation and increased the scope of the inquiry to include other political killings in Lebanon—was watered down by Algeria, China and Russia. [2]

In the preamble of the resolution, the Council reiterated its condemnation of the assassination and other attacks since October 2004 in Lebanon, and stressed that those responsible should be held accountable. It had examined a report of the UNIIIC and commended the commission for working under "difficult circumstances". All states were required to provide assistance if necessary to the commission.

The Lebanese government requested that the investigation be extended, and that an international tribunal be established to try those responsible for the attack. [3] The Council recognised that Syria had made officials available for questioning, but remained concerned at the overall performance of the Syrian authorities to the investigation.

Acting under Chapter VII of the United Nations Charter, the Council extended the mandate of the UNIIIC until 15 June 2006, allowing further extensions if necessary. It held the view that the Syrian government had not provided full co-operation to the inquiry, as demanded in Resolution 1636, and emphasised Syria's obligation to do so. [4]

The commission was requested to report every three months on the progress of the inquiry to the Security Council. [4] The Council acknowledged the Lebanese suggestion that those charged with involvement in the bombing be tried in an international tribunal, and tasked the Secretary-General Kofi Annan to assist the Lebanese government to identify the nature and scope of such a tribunal. [5]

Rafic Baha El Deen Al Hariri was a Lebanese business tycoon and the Prime Minister of Lebanon from 1992 to 1998 and again from 2000 until his resignation on 20 October 2004.

The Cedar Revolution or Independence Intifada was a chain of demonstrations in Lebanon triggered by the assassination of former Lebanese Prime Minister, Rafik Hariri. The popular movement was remarkable for its avoidance of violence, peaceful approach, and its total reliance on methods of civil resistance.

The "Report of the Fact-Finding Mission to Lebanon inquiring into the causes, circumstances and consequences of the assassination of former Prime Minister Rafik Hariri, 25 February - 24 March 2005", better known as the FitzGerald Report, is the outcome of an inquiry, ordered by the United Nations Secretary-General Kofi Annan and conducted by Irish deputy police commissioner Peter FitzGerald, into the assassination of former Lebanese Prime Minister Rafik Hariri on 14 February 2005..

The Mehlis Report is the result of the United Nations' investigation into the 14 February 2005 assassination of Lebanon's former prime minister Rafik al-Hariri. The investigation was launched in accordance with UN Security Council Resolution 1595 and headed by the German prosecutor, Detlev Mehlis. It involved questioning of Lebanese and Syrian officials.

Detlev Mehlis is the Senior Public Prosecutor in the Office of the Attorney General in Berlin. He has 30 years of prosecutorial experience and has led numerous investigations into serious, complex transnational crimes. He has been a senior public prosecutor since 1992 and has, over the course of his career, been responsible for prosecuting terrorism and organized crime cases. Most notably, he investigated the bombing on the discotheque La Belle in then West-Berlin in 1986, which claimed the life of two US soldiers and a Turkish woman, and uncovered the involvement of the Libyan intelligence service. He also proved the involvement of the terrorist Carlos and Syrian diplomats in the attack on the French culture centre Maison de France, also in West-Berlin, in 1983, as well as the involvement of Syrian intelligence services in the bombing of a German-Arab social center in Berlin in 1986. Since 1998, Mehlis has been the Chief of the Contact Office of the European Judicial Network and Coordinator for the fight against organized crime in the State of Berlin.

The Syrian occupation of Lebanon began in 1976, during the Lebanese Civil War, and ended in 2005 following the assassination of former Lebanese Prime Minister Rafic Hariri. 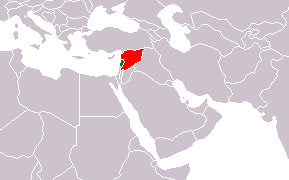 United Nations Security Council Resolution 1680, adopted on May 17, 2006, after recalling previous resolutions on Lebanon, including 425 (1978), 426 (1978), 520 (1982), 1559 (2004) and 1655 (2005), the Council strongly encouraged Syria to respond positively to Lebanon's request to delineate borders and establish diplomatic relations, with the purpose of asserting Lebanon's sovereignty, territorial integrity and political independence. 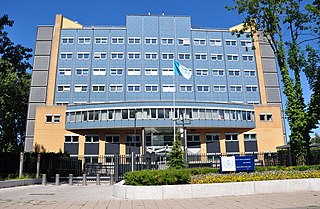 The Special Tribunal for Lebanon (STL), also referred to as the Lebanon Tribunal or the Hariri Tribunal, is a tribunal of international character applying Lebanese criminal law to carry out the investigation and prosecution of those responsible for the 14 February 2005 assassination of Rafic Hariri, the former Lebanese prime minister, and the deaths of 21 others, as well as those responsible for connected attacks.

United Nations Security Council Resolution 1636, adopted unanimously on 31 October 2005, after recalling resolutions 1373 (2001), 1566 (2004) and 1595 (2005), the Council insisted that the Syrian authorities fully co-operate with the inquiry of the United Nations International Independent Investigation Commission (UNIIIC) into the assassination of former Lebanese Prime Minister Rafic Hariri, not least by arresting the suspects identified by the commission in its final report.

The United Nations International Independent Investigation Commission was established in April 2005 by Security Council Resolution 1595 to investigate the assassination of Rafic Hariri, the former Prime Minister of Lebanon on 14 February 2005. 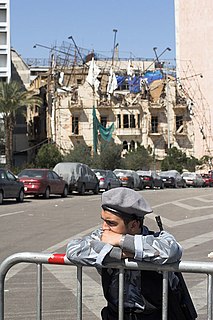 On 14 February 2005, former Prime Minister of Lebanon Rafic Hariri was killed along with 21 others in an explosion in Beirut, Lebanon. Explosives equivalent to around 1,000 kilograms of TNT were detonated as his motorcade drove near the St. George Hotel. Among the dead were several of Hariri's bodyguards and former Minister of the Economy, Bassel Fleihan.

United Nations Security Council resolution 1595, adopted unanimously on 7 April 2005, after recalling its support for the sovereignty, territorial integrity and independence of Lebanon, the Council established a commission to assist Lebanese authorities in their investigation of the assassination of former Prime Minister Rafic Hariri in Beirut on 14 February 2005.

United Nations Security Council Resolution 1664 was adopted unanimously on March 29, 2006; after recalling resolutions 1595 (2005), 1636 (2005) and 1644 (2005), the Council requested the Secretary-General Kofi Annan to consult with the Lebanese government concerning the establishment of an international tribunal to try those responsible for the assassination of Prime Minister Rafic Hariri and 22 others in February 2005.

United Nations Security Council Resolution 1757 was adopted on 30 May 2007.

Ali Al Hajj is the former major general and director of the Lebanese Internal Security Forces.