Universidad La Salle (ULSA) is a private institution of higher education with 15 campuses in Mexico. It is part of the Institute of the Brothers of the Christian Schools. It offers high school, bachelor, master and Ph.D degrees. It has had an expansion in the country, creating its own university national system. Its main campus is located in Mexico City, and has a presence in Ciudad Obregon, Chihuahua, Gomez Palacio, Monterrey, Ciudad Victoria, Leon, Morelia, Pachuca, Ciudad Nezahualcóyotl, Cuernavaca, Puebla, Oaxaca, Cancun and Saltillo.

It is part of the educational community of the Brothers of the Christian Schools, founded by Saint Jean-Baptiste de La Salle, patron saint of education. The congregation has about seventy-seven thousand lay partners and one million students around the world, with establishments of higher learning in Argentina, Belgium, Brazil, Colombia, Ivory Coast, Spain, France, Guatemala, the Philippines, the United States, Venezuela and Israel.

In 1905, the brothers of La Salle Jerbert Alphonse Gibert, Adrien Marie Astruc, Amedée Francois Vincent and Antoinde Claude Carrel traveled to Mexico from Le Havre, France, along with Br. Pedro Celestino Schniedier who traveled from Colombia. They founded the delegation of LaSalle brethren in Mexico. The brothers created schools in Puebla, Toluca, Torreon, Monterrey, and various other locations in the country. Their first high school in Mexico City opened in 1931, the Colegio Francés De la Salle. In 1932 the school won formal recognition and authorization by the National Autonomous University of Mexico. In 1938 the Colegio Cristóbal Colón was also established in the Colonia San Rafael.

The history of Universidad La Salle began with the relocation of Colegio Cristóbal Colón to the center of the traditional Colonia Condesa in Mexico City in 1962. On February 15 it opened its doors with only the high school building completed and a partially built tower, gym and auditorium. By May of the same year, it had rapidly grown enough to announce its transformation from a just a school to a full university category. Since then it has undergone continuous expansion. The main campus has a population of approximately 10,000 students, and has expanded its campus throughout Mexico City with buildings in many areas of the city.

There are branches of Universidad La Salle in 15 Mexican states. The La Salle educational institution itself is represented in over 82 different countries, and 5 continents making it the largest educational community in the world.

The Universidad La Salle medical school (Facultad Mexicana de Medicina) is one of the most prestigious universities in Mexico for medical training. It was Mexico's first private medical school and was founded in 1970. It is accredited by the Consejo Mexicano para la Acreditación de la Educación Médica (COMAEM), and is listed in the International Medical Education Directory. Albeit a young school, many of the country's department heads are graduates from La Salle. 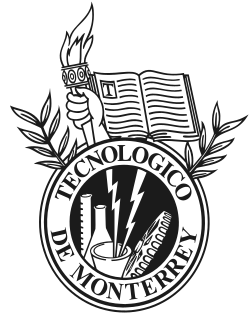 Instituto Tecnológico y de Estudios Superiores de Monterrey (ITESM), also known as Tecnológico de Monterrey, is a secular and coeducational multi-campus private university based in Monterrey, Mexico. ITESM has since grown to include 36 campuses throughout the country, quickly becoming one of the best universities in Latin America.

Universidad de las Américas Puebla, is a Mexican private university located in San Andrés Cholula, near Puebla. The university is known for its programs in International Business Management, Arts and Humanities, Social sciences, Science and Engineering, and Business and Economics. It is considered to be one of the most prestigious universities in Latin America, having been ranked the best private and single-campus university in Mexico by the newspaper El Universal, as well as being one of the only seven universities in Latin America accredited by the Southern Association of Colleges and Schools. The UDLAP has also been very successful in Mexican collegiate sports; their teams are the Aztecas.

Centro de Enseñanza Técnica Y Superior (CETYS) University is a private Institution of Higher Education founded in 1961, located in the Baja California region, one of the most dynamic in the world. CETYS is a three-campus university system developing well-rounded persons in Engineering, Business and the Social Sciences.

The University of La Sabana, is a Colombian private higher education institution founded in 1979. It is located in the municipality of Chía, 7 km north of Bogotá. The university has been given the High Quality Institutional Accreditation by the National Ministry of Education.

The University of Monterrey is a private Roman Catholic institution of higher learning located in Monterrey, Mexico. 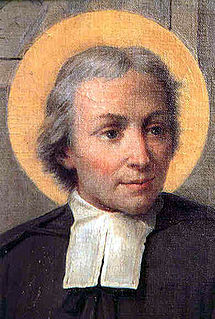 Lasallian educational institutions are educational institutions affiliated with the De La Salle Brothers, a Roman Catholic religious teaching order founded by French Priest Saint Jean-Baptiste de La Salle, who was canonized in 1900 and proclaimed by the Vatican in 1950 as patron saint of all teachers. In regard to their educational activities the Brothers have since 1680 also called themselves "Brothers of the Christian Schools", associated with the Institute of the Brothers of the Christian Schools; they are often referred to by themselves and others by the shorter term "Christian Brothers", a name also applied to the unrelated Congregation of Christian Brothers or Irish Christian Brothers, also providers of education, which commonly causes confusion.

The Universidad de La Salle is a catholic and lasallian university, founded in 1964. It is a private institution of higher education, having 4 locations: 3 in Bogotá DC- one in the downtown area, in Chapinero, and in the northern section of city. There is also a campus in El Yopal, Casanare in the East of the Country. This campus is the seat where the La Salle has developed the most innovative social and educational projects for young farmers, victims of violence in Colombia.

The National Pedagogic University is Mexico's national university for teacher training. The main campus, directly adjacent to the Colegio de México in Mexico City, hosts more than 5,000 students and is the largest of more than 70 UPN campuses nationwide. The university offers both undergraduate (licenciatura) and graduate programs of study.

The Universidad UNIVER is a private institution of higher education in Guadalajara, Jalisco, Mexico. It has 13 campuses in the Guadalajara metropolitan area.

Iberoamerican University of Torreón belongs to the Jesuit University System (SUJ) and the Association of Universities Entrusted to the Society of Jesus in Latin America. The Iberoamerican University Torreón was founded in 1982 and has a student population of 1732 students. It offers 16 bachelor's degrees and 7 master's degrees. Located at Torreón, Coahuila, it has extension centres in the cities of Saltillo and Monterrey.