Following discussion in the North Carolina legal community, on December 12, 1842, the Trustees of the University of North Carolina authorized the University President, David L. Swain, to review and establish a law professorship. In 1845, William Horn Battle was named the first professor of law, and legal instruction began at the university. [2] In the years following, assistant professors and later an organized faculty and law library were added.

In 1915, Margaret Berry became the first female to graduate from the law school. [3] In the 1920s, the school began taking on much of the character of a modern law school, after the American Bar Association first published guidelines for schools. University President Harry Woodburn Chase was instrumental in leading the efforts for this reorganization over notable opposition, including the governor of North Carolina. [4]

In June 1951, Harvey Beech, J. Kenneth Lee, Floyd McKissick, and James Robert Walker Jr. became the first four black students enrolled at the law school. McKissick and other black students had argued in court that a state law school for blacks in Durham was not equal to that in Chapel Hill. In March 1951, a U.S. Court of Appeals agreed and ordered UNC to stop excluding black applicants. [5] Sylvia X. Allen became the first black female student to graduate in 1962, and did so as the mother of six children. [6]

As of 2017 [update] , the law school has 634 enrolled students and a student-faculty ratio of 11.3 to 1. [7] The entering class of first-year law students in 2017 was composed of 213 students from 25 states, the District of Columbia, and China. Sixty-three percent of students were from North Carolina, and students of color made up 26 percent of the class. Fifty-one percent of incoming students were female, while 49% were male. [8]

The University of North Carolina School of Law is consistently ranked in the top-tier of law schools in the United States. UNC Law is ranked 24th by U.S. News and World Report. [9]

The UNC School of Law is home to several centers that focus on issues of state and national interest: [10]

Clinics provide students with the opportunity to learn legal theory and put the legal theory to practice. [11]

The school is home to five student-edited law journals. [12] The oldest, the North Carolina Law Review, was founded in 1922. This journal features an annual North Carolina issue reviewing developments in the state's law.

According to employment disclosures required by the American Bar Association, 92.46% of the Class of 2020 obtained full-time, long-term, JD-required, JD advantage, or professional employment after graduation. A small number enrolled in further graduate studies. [13]

There are more than 10,000 alumni of the University of North Carolina School of Law. [16] Roughly 40 percent of practicing North Carolina attorneys are Carolina Law graduates, more than any other law school in North Carolina. [16] Many have gone on to notable roles, including countless government offices, such as former United States Senator and 2004 Vice Presidential candidate John Edwards, and former Chief of Staff to the President of the United States and former United States Congressman, Mick Mulvaney. Additionally, many have served in numerous positions in the North Carolina state government. Among these are the current and several recent NC governors (Cooper, Hunt, Holshouser, Moore, and Sanford) and (as of the 2021 term) three of seven North Carolina Supreme Court justices (Barringer, Newby and Hudson). 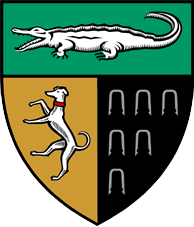 Yale Law School is the law school of Yale University, located in New Haven, Connecticut. Established in 1824, it has been the top-ranked law school in the United States by U.S. News & World Report every year since the magazine began publishing law school rankings in the 1980s. 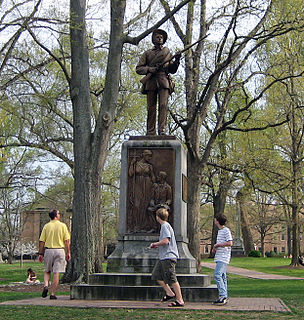 The Confederate Monument, University of North Carolina, commonly known as Silent Sam, is a bronze statue of a Confederate soldier by Canadian sculptor John A. Wilson, which stood on the historic McCorkle Place of the University of North Carolina at Chapel Hill (UNC) from 1913 until it was pulled down by protestors on August 20, 2018. Its former location has been described as "the front door" of the university and "a position of honor".

Floyd Bixler McKissick was an American lawyer and civil rights activist. He became the first African-American student at the University of North Carolina School of Law. In 1966 he became leader of CORE, the Congress of Racial Equality, taking over from James Farmer. A supporter of Black Power, he turned CORE into a more radical movement. In 1968, McKissick left CORE to found Soul City in Warren County, North Carolina. He endorsed Richard Nixon for president that year, and the federal government, under President Nixon, supported Soul City. He became a state district court judge in 1990 and died on April 28, 1991. He was a member of Alpha Phi Alpha fraternity.

Floyd Bixler McKissick Jr. is an American attorney who served as a Democratic member of the North Carolina Senate. He was appointed to the Senate by Governor Mike Easley on April 18, 2007 to replace the late Jeanne Hopkins Lucas and was later elected and re-elected in his own right. In 2011, he became Deputy Minority Leader in the Senate and chairman of the North Carolina Legislative Black Caucus. He resigned in 2020 after having been appointed by Gov. Roy Cooper to the state Utilities Commission. 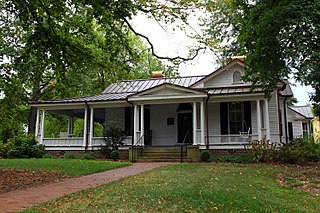 The Center for the Study of the American South (CSAS) is an academic organization dedicated to the study of "southern history, literature, and culture as well as ongoing social, political, and economic issues" at the University of North Carolina at Chapel Hill.

James Arthur Pope is an American businessman, philanthropist, attorney and former government official. Pope is the owner, chairman and CEO of Variety Wholesalers, a group of 370 retail stores in 16 states. He is also the president and chairman of the John William Pope Foundation.

Penn State Law, located in University Park, Pennsylvania, is one of two separately accredited law schools of the Pennsylvania State University. Penn State Law offers J.D., LL.M., and S.J.D. degrees. The school also offers a joint J.D./M.B.A. with the Smeal College of Business, a joint JD-MIA degree with the School of International Affairs, which is also located in the Lewis Katz Building, as well as joint degrees with other graduate programs at Penn State.

Nelson Ferebee Taylor was an American lawyer and educational administrator who served as chancellor of the University of North Carolina at Chapel Hill from 1972 to 1980.

Martin H. Brinkley is a lawyer. He is the 14th Dean and the Arch T. Allen Distinguished Professor at the School of Law of the University of North Carolina.

Carolina Review is an independent conservative journal published by undergraduate and graduate students attending the University of North Carolina at Chapel Hill. The Review has been in circulation for nearly 30 years, with the first issue dating back to 1993. The journal prints every month and is composed of original works by student staff writers. It is the only major collegiate publication of its type to have been founded in the early 1990s. Holding to the journal's motto on the cover of recent prints, "Ad Conservandam, Libertatem", the journal is a staunchly conservative and libertarian publication that promotes right-wing politics in their writings.

J. Kenneth Lee (1923-2018) was a prominent civil rights attorney and one of the first black students to attend the University of North Carolina at Chapel Hill's School of Law. Lee was one of four black students who joined a lawsuit in 1949 that would lead to the desegregation of the UNC School of Law.