The School of Molecular Bioscience was a constituent body of the Faculty of Science at the University of Sydney, Australia and was established in 2001. This School was merged in 2016 to become the School of Life and Environmental Sciences.

The Department of Plant & Microbial Biology is an academic department in the College of Natural Resources at the University of California, Berkeley. The department conducts extensive research, provides undergraduate and graduate programs, and educates students in the fields of plant and microbial sciences with 43 department faculty members.

The Institute of Biosciences and Technology (IBT), a component of the Texas A&M Health Science Center represents the Texas A&M University System, one of the two main Texas state university systems, in the state's and world's largest medical center, the Texas Medical Center, in Houston, Texas. The institute provides a bridge between Texas A&M University System scientists and other institutions' researchers working in the Texas Medical Center and the biomedical and biotechnology research community in Houston. It emphasizes collaboration between member scientists and others working in all the fields of the biosciences and biotechnology. IBT encourages its scientists to transfer discoveries made in their laboratories to the clinic and marketplace.

Niyaz Ahmed is a professor of microbial sciences, genomicist, and a veterinarian by training, based in Hyderabad.

Steven Elliot Brenner is a professor at the Department of Plant and Microbial Biology at the University of California Berkeley, Adjunct Professor at the Department of Bioengineering and Therapeutic Sciences at the University of California, and San Francisco Faculty Scientist, Physical Biosciences at the Lawrence Berkeley National Laboratory.

Jennifer Anne Doudna is an American biochemist known for her pioneering work in CRISPR gene editing, for which she was awarded the 2020 Nobel Prize in Chemistry along with Emmanuelle Charpentier. She is the Li Ka Shing Chancellor's Chair Professor in the Department of Chemistry and the Department of Molecular and Cell Biology at the University of California, Berkeley. She has been an investigator with the Howard Hughes Medical Institute since 1997.

Ruth Milne Hall, OAM, FAA, FAAM is an Australian microbiologist whose research on mobile genetic elements in bacteria has provided deep insight into the transfer and evolution of antibiotic resistance in bacteria. 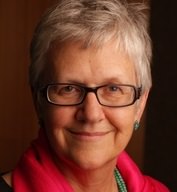 Jill Trewhella FAAAS FLANL Dist FRSN is a biophysicist who has worked in both Australia and the United States.

Suman Kumar Dhar is an Indian molecular biologist and a professor at the Special Centre for Molecular Medicine of Jawaharlal Nehru University. He is known for his studies on the DNA replication and cell cycle regulation in Helicobacter pylori and Plasmodium falciparum, two pathogens affecting humans. An elected fellow of the National Academy of Sciences, India, Indian National Science Academy and the Indian Academy of Sciences, he is also a recipient of the National Bioscience Award for Career Development of the Department of Biotechnology in 2010. The Council of Scientific and Industrial Research, the apex agency of the Government of India for scientific research, awarded him the Shanti Swarup Bhatnagar Prize for Science and Technology, one of the highest Indian science awards, in 2012, for his contributions to biological sciences.

B. Brett Finlay, is a Canadian microbiologist well known for his contributions to understanding how microbes cause disease in people and developing new tools for fighting infections, as well as the role the microbiota plays in human health and disease. Science.ca describes him as one of the world's foremost experts on the molecular understanding of the ways bacteria infect their hosts. He also led the SARS Accelerated Vaccine Initiative (SAVI) and developed vaccines to SARS and a bovine vaccine to E. coli O157:H7. His current research interests focus on pathogenic E. coli and Salmonella pathogenicity, and the role of the microbiota in infections, asthma, and malnutrition. He is currently the UBC Peter Wall Distinguished Professor and a Professor in the Michael Smith Laboratories, Microbiology and Immunology, and Biochemistry and Molecular Biology, and Co-director and Senior Fellow for the CIFAR Humans and Microbes program. He is also co-author of the book Let Them Eat Dirt: Saving Your Child from an Oversanitized World and The Whole-Body Microbiome: How to Harness Microbes - Inside and Out - For Lifelong Health. Finlay is the author of over 500 publications in peer-reviewed journals and served as editor of several professional publications for many years.

Javed Naim Agrewala is an Indian immunologist, the Dean of research at Indian Institute of Technology Ropar and the chief scientist and professor at the Institute of Microbial Technology, Chandigarh. Known for his research on Tuberculosis, Agrewala is an elected fellow of all the three major Indian science academies viz. National Academy of Sciences, India, Indian National Science Academy and Indian Academy of Sciences. The Council of Scientific and Industrial Research, the apex agency of the Government of India for scientific research, awarded him the Shanti Swarup Bhatnagar Prize for Science and Technology, one of the highest Indian science awards for his contributions to Medical Sciences in 2005. He is also a recipient of the National Bioscience Award for Career Development of the Department of Biotechnology.

Manmohan Parida is an Indian virologist, microbiologist and the joint director of the Defence Research and Development Establishment. He is known for his molecular epidemiological studies of viral infections as well as studies related to epidemics and public health. The Department of Biotechnology of the Government of India awarded him the National Bioscience Award for Career Development, one of the highest Indian science awards, for his contributions to biosciences, in 2011.

Kaustuv Sanyal is an Indian molecular biologist, mycologist and a professor at the Molecular Biology and Genetics Unit of the Jawaharlal Nehru Centre for Advanced Scientific Research (JNCASR). He is known for his molecular and genetic studies of pathogenic yeasts such as Candida and Cryptococcus). An alumnus of Bidhan Chandra Krishi Viswavidyalaya and Madurai Kamaraj University from where he earned a BSc in agriculture and MSc in biotechnology respectively, Sanyal did his doctoral studies at Bose Institute to secure a PhD in Yeast genetics. He moved to the University of California, Santa Barbara, USA to work in the laboratory of John Carbon on the discovery of centromeres in Candida albicans. He joined JNCASR in 2005. He is a member of the Faculty of 1000 in the disciplines of Microbial Evolution and Genomics and has delivered invited speeches which include the Gordon Research Conference, EMBO conferences on comparative genomics and kinetochores. The Department of Biotechnology of the Government of India awarded him the National Bioscience Award for Career Development, one of the highest Indian science awards, for his contributions to biosciences, in 2012. He has also been awarded with the prestigious Tata Innovation Fellowship in 2017. The National Academy of Sciences, India elected him as a fellow in 2014. He is also an elected fellow of Indian Academy of Sciences (2017), and the Indian National Science Academy (2018). In 2019, he has been elected to Fellowship in the American Academy of Microbiology (AAM), the honorific leadership group within the American Society for Microbiology.

Govindan Rajamohan is an Indian molecular microbiologist, biotechnologist and a Senior principal scientist at the CSIR-Institute of Microbial Technology. He is known for his research on healthcare related infections with special emphasis on Acinetobacter, Klebsiella, ESKAPE, Human microbiome and Thrombolysis. His studies have been documented by way of a number of articles and ResearchGate, an online repository of scientific articles has listed 21 of them. The Department of Biotechnology of the Government of India awarded him the National Bioscience Award for Career Development, one of the highest Indian science awards, for his contributions to biosciences, in 2013. 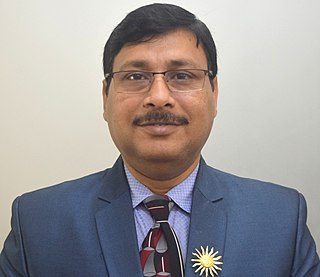 Ashis K. Mukherjee is an Indian biochemist specializing in snake venom biochemistry, molecular biology and microbiology. He served as the Head of the Department of Molecular Biology and Biotechnology of Tezpur University during 2008– 2011. Known for his research on snake venom biochemistry, proteomic composition and other proteins related work from microbial and plant background, Mukherjee serves as the head and coordinator of the Nodal Center for Medical Colleges and Biomedical Research Institutes of North East India at Tezpur University. The Department of Biotechnology of the Government of India awarded him the National Bioscience Award for Career Development, for his contributions to biosciences, in 2013. Mukherjee has also received the Visitor's Award 2018 for research in the fields of basic and applied sciences from the President of India.

The School of Life Sciences, Kannur University hosts two departments, Department of Biotechnology and Microbiology, which was established in 2000 for conducting master's degree (M.Sc) courses and research (Ph.D) in Biotechnology and Microbiology. An Inter University Centre for Bioscience was also established at the department by the Higher Education Department, Government of Kerala, to be a global center of excellence for research in biological sciences.

Petra Anne Levin is an American microbiologist. She is a professor in the department of biology and co-director of the Plant and Microbial Biosciences Graduate Program at Washington University in St. Louis.