The Faculty of Veterinary Science officially opened in 1910 with a student enrolment of 16 students [2] and James Douglas Stewart appointed as Director. Without proper facilities, teaching was done in the then Fisher Library of the Main Quadrangle but relocated to the J.D. Stewart Building in 1913 after its completion. [2]

In 1920, the Veterinary School obtained full faculty status with Professor J.D. Stewart as Dean. Under Stewart, student enrolments gradually increased from 25 in 1928 to over 100 in 1935. In 1930 and during WWII, Sydney University became solely responsible for veterinary education in Australia after temporary closures of both Melbourne University and Queensland University’s veterinary schools respectively. [2]

In 1954, the acquisition of land by the university in Camden paved way for large animal teaching and subsequently the erection of the Evelyn Williams Building and R.M.C. Gunn Building in the Camperdown precinct. More recently new facilities include the Veterinary Science Conference Centre in 1998, the Valentine Charlton Cat Centre and the Canine Teaching Hospital.

In 2005, the faculty introduced the Bachelor of Animal and Veterinary Bioscience and in 2009, Rossane Taylor became the first female Dean of the faculty. [3]

The Faculty of Veterinary Science introduced the joint Bachelor of Veterinary Biology (BVetBiol) and Doctor of Veterinary Medicine (DVM) in 2014, replacing the Bachelor of Veterinary Science (BVSc). The joint degree is composed of two components spanning over six years - an undergraduate animal science degree that runs for the first two years (BVetBiol) and postgraduate veterinary science degree running for the remaining four years (DVM). Undergraduate students that successfully complete the academic requirements for the first two years of the BVetBiol are accepted into the first year of the DVM, whereas students that are unable to meet the academic requirements of progressing into the third year of the programme (first year DVM) can transfer into third year Bachelor of Animal and Veterinary Bioscience (BAnVetBioSc) or complete a Bachelor of Science (BSci). [4] Postgraduate students may also transfer into the DVM without attaining a BVetBiol by meeting academic requirements and proving commitment to the veterinary field.

The Bachelor of Animal and Veterinary Bioscience was introduced in 2005 [2] and focuses more on the production and research aspects of animals. The degree extends across 4 years (full-time) with a research task based on the final year.

The Bachelor of Veterinary Science was a degree offered since the conception of the faculty until 2014 when the Faculty transitioned the veterinary degree to a post-graduate programme. The last intake of students was in 2014, with the final graduating class of the Bachelor of Veterinary Science being 2017. Students undertook 5 years of full-time study with the first three years at the Camperdown campus, fourth year at the Camden campus, and the final year completing rotational intern positions. The degree is recognised by the Veterinary Surgeons Board in every state of Australia and also recognised internationally by the Royal College of Veterinary Surgeons in the United Kingdom and the accredited by the American Veterinary Medical Association (AVMA) in the United States. [5]

The Bachelor of Science (Veterinary) is a one-year research degree, only available to students who have completed their third or fourth year of the BVSc degree.

The J.D. Stewart Building is the first veterinary building built for the university and named after the faculty’s founder and first dean, James Douglas Steward. Completed in 1913, three years after the faculty’s first students; it was granted heritage listing in 1976. [2] [6] Today, it houses the faculty office, Veterinary Society office and anatomy dissection labs.

The Roundhouse is a black wooden, heritage-listed rotunda located on the Vet lawns of the Camperdown campus. It was designed by Professor Lesley Wilkinson in 1920 and completed around 1924. [2] Originally utilised as an equine observation box, the Roundhouse is no longer in use and was refurbished by the university in 2009. [2] It is commonly used as a symbol for the faculty and prominently featured for the faculty’s centenary.

The Sydney University Veterinary Teaching Hospital is a general practice veterinary clinic consisting of the Valentine Charlton Cat Centre and the Canine Teaching Hospital. The hospital contains CT, MRI, digital radiology and ultrasound imaging and diagnostic equipment as well as 24-hour emergency and intensive care. The facility also caters as a teaching hospital for veterinary students to learn professional aspects of the degree. As of late 2016, management of the teaching hospital will be handed over to VetPartners, a for-profit US based company.

The Camden campus is located approximately 65 km away from the Camperdown campus. Located on campus includes teaching space, farms and student accommodation. The campus’ main purpose is to provide large animal handling skills for undergraduate students and research for post-graduates. It is the site where the world’s first robotic rotary dairy was opened. [7] The Camden campus is also the home of third year DVM students, having formerly been the home for fourth year BVSc and AVBS students prior to the inception of the current postgraduate program.

The Sydney University Veterinary Society, more commonly known as VetSoc by students, is the University of Sydney’s second-oldest student run society on campus [8] and represents students of the Bachelor of Veterinary Science, the Bachelor of Animal and Veterinary Bioscience, the Bachelor of Veterinary Biology and Doctorate of Veterinary Medicine. The society plans social events for faculty students and functions as one of the main links between students, staff, alumni and the profession. They help to produce several publications each year. The annual publication, 'The Centaur', was founded in 1933 and has released an issue each year. In more recent times, the society has produced a quarterly publication as well called 'The Chiron'. In 2010 and 2014, VetSoc was voted as the Best Student Society in the university. The official logo is the Centaur.

The Animal Welfare Society is a society that aims to promote and address issues in animal welfare both domestically and internationally. Although head mainly by veterinary faculty students, it is open to all students across the faculties of the university. 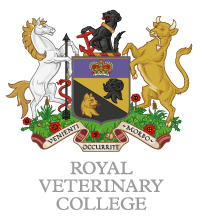 The Texas A&M College of Veterinary Medicine & Biomedical Sciences is a college of Texas A&M University in College Station, Texas. The college was founded in 1916 and is one of only 31 colleges of veterinary medicine in the United States and Canada. It is consistently ranked as one of the top 5 vet schools in the country, according to U.S. News. The college offers an undergraduate program in Biomedical Sciences, a professional Doctor of Veterinary Medicine program, and numerous graduate programs relating to veterinary medicine and epidemiology. 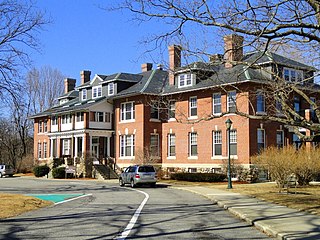 The Cummings School of Veterinary Medicine is one of the eight colleges and schools that compose Tufts University and is the only school of veterinary medicine in New England.

Animal science is described as "studying the biology of animals that are under the control of humankind". It can also be described as the production and management of farm animals. Historically, the degree was called animal husbandry and the animals studied were livestock species, like cattle, sheep, pigs, poultry, and horses. Today, courses available look at a broader area, including companion animals, like dogs and cats, and many exotic species. Degrees in Animal Science are offered at a number of colleges and universities. Typically, the Animal Science curriculum provides a science background ans hands-on experience working with animals on campus-based farms.

The University of Veterinary Science, Yezin, located in Yezin in the outskirts of Naypyidaw, is the only university of veterinary science in Myanmar (Burma). The university offers a six-year Bachelor of Veterinary Science (BVSc) program. Since 2014, UVS renamed its BVSc degree to DVM and, since then, all new graduates received DVM title instead. It accepts about 100 students a year. It has launched a four-year Bachelor of Animal Science (BASc) program since 2014. It accepts about 100 students a year.<The global new light of Myanmar, daily news paper, December 30,2018,https://www.burmalibrary.org/en/category/the-global-new-light-of-myanmar-2018> It also offers graduate degree programs. The language of instruction at UVS is English.

The University of Veterinary and Animal Sciences (UVAS), originally known as Lahore Veterinary College, is a public university located in Lahore, Punjab, Pakistan. It is accredited by the Pakistan Veterinary Medical Council (PVMC). It has additional teaching campuses in rural areas of the Punjab, Pattoki and Jhang.

The University of Liverpool School of Veterinary Science was the first veterinary school in the United Kingdom to be incorporated into a university. The school's teaching, treatment and research facilities are on the main campus and at Leahurst on the Wirral Peninsula, approximately 12 miles outside Liverpool.

The University of Nottingham operates from four campuses in Nottinghamshire and from two overseas campuses, one in Ningbo, China and the other in Semenyih, Malaysia. The Ningbo campus was officially opened on 23 February 2005 by the then British Deputy Prime Minister, John Prescott, in the presence of Chinese education minister Zhou Ji and State Counsellor Chen Zhili. The Malaysia campus was the first purpose-built UK university campus in a foreign country and was officially opened by Najib Tun Razak on 26 September 2005. Najib Tun Razak, as well as being a Nottingham alumnus, was Deputy Prime Minister of Malaysia at the time and has since become Prime Minister of Malaysia.

The College of Veterinary Sciences & Animal Husbandry, one of the constituent colleges of the Central Agricultural University, was established through the promulgation of an ordinance and became functional with the admission of first batch of students to BVSc & AH degree course in the 1997. It is near Aizawl in the state of Mizoram. Lalnuntluangi Hmar is the dean of the college.

The Bachelor of Veterinary Science, "Bachelor of Veterinary Medicine" (BVetMed), or "Bachelor of Veterinary Medicine and Surgery" is a degree for studies in veterinary medicine in the United Kingdom, Australia, and several other countries outside the United States and Canada. These degrees qualify one to practice as a veterinarian in the US if the degree is conferred from an American Veterinary Medical Association (AVMA) accredited school and the candidate passes the North American Veterinary Licensing Examination (NAVLE), just as any other US and Canada graduate. They are equivalent to DVM/VMD degrees; the main equalizer being licensure in the US. On 5 March 2015, the Royal College of Veterinary Surgeons (RCVS) Council made the decision to allow UK veterinarians to use the courtesy title "doctor", to align with international practices. The RCVS president said of the change: “Whether one regards the decision as correcting a historical anomaly or simply providing greater clarity at home and abroad, there is no doubt that the issue has generated huge interest".

The College of Veterinary Medicine (CVM) is one of the 11 degree-granting units of the University of the Philippines at Los Baños. It is the country's first veterinary school.

The University of Pennsylvania School of Veterinary Medicine, commonly referred to as Penn Vet was founded in 1884. It has two campuses; the main campus is located in Philadelphia, and a second campus is located in Kennett Square, Pennsylvania. At the Philadelphia campus, first-, second-, and third-year veterinary students attend classes. It is also the home to numerous research facilities as well as the Matthew J. Ryan Veterinary Hospital, a veterinary teaching hospital. The school's second campus, New Bolton Center, is located on some 700 acres of rural Chester County, Pennsylvania, is home to the George D. Widener Hospital for Large Animals.

The UCPH School of Veterinary Medicine and Animal Science is part of the Faculty of Health and Medical Sciences at University of Copenhagen (UCPH) in Copenhagen, Denmark. Based at the university's Frederiksberg Campus in Frederiksberg and the Taastrup Campus in Taastrup on the outskirts of the city, the school originates in the Royal Veterinary and Agricultural University which was merged into UCPH in 2007. It is the only institution that trains veterinarian in Denmark. The programme is taught in two veterinary teaching hospitals, one at the Frederiksberg Campus and one for large animals in Taastrup.