West 65 is a residential complex in New Belgrade. It is at the corner of Omladinskih Brigada Street and the inner city ring road. The location features well-developed traffic infrastructure and public transportation network, allowing quick and convenient access to any other part of the city. The immediate vicinity has shopping, offices and service centres. It is about 15 minutes to the city centre. It includes 11 6 storey residential buildings, a mall and a 155 meter tower in Blok 65 of New Belgrade. It will be the tallest building in Belgrade until 2021.

The commercial section of the complex consists of retail shops located on the ground floor of the residential buildings and a modern shopping centre. It is modelled after pedestrian zones. It will include a supermarket, speciality stores, retail shops, catering and service facilities, a spa and wellness centre, and entertainment facilities for children and adults.

In accordance with the architectural concept, the corner of Omladinskih Brigada Street and the inner city ring road will have one of the tallest and most modern buildings in Belgrade. The tower will consist of two separate units. Tower is completely residential , and the tower is topped out with 44 floors and 155m in height.

The KOMTAR Tower, in the city of George Town in Penang, Malaysia, is the state's tallest skyscraper and the eleventh-tallest building in Malaysia. KOMTAR is an acronym for Kompleks Tun Abdul Razak, named after the second Prime Minister of Malaysia. 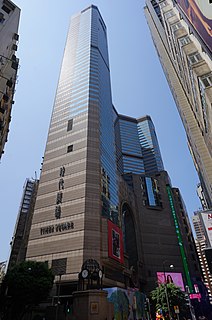 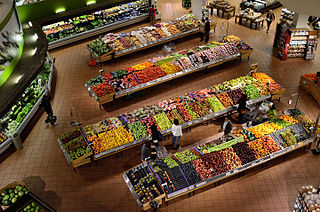 Empress Walk is a large condominium and retail complex at the intersection of Yonge Street and Empress Avenue in the North York Centre area of North York, Toronto, Ontario, Canada. It was developed by Canadian-developers Menkes Developments Ltd. Phase 1 was completed in 1997 and Phase 2 was completed in 2000. It became an important indoor mall in North York following its construction. 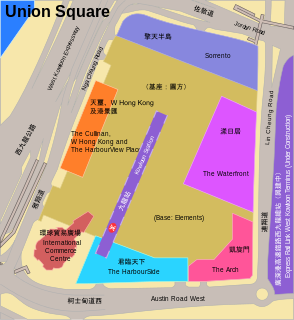 Plaza Indonesia is a shopping mall located at Thamrin Road, central Jakarta, Indonesia. The mall is part of the Plaza Indonesia Complex, which is a mixed development complex often referred to as "PI". Plaza Indonesia opened in mid-1990. It is located at the corner of one of the landmark of Jakarta, Selamat Datang (Welcome) Monument. 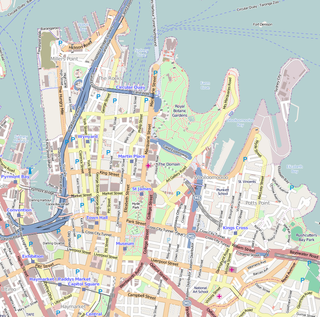 World Square is a large shopping centre and urban development in the Sydney Central Business District.[1]

International Plaza is a high-rise commercial and residential building at 10 Anson Road in Tanjong Pagar, within the Downtown Core of Singapore, next to Tanjong Pagar MRT station on the East West line.

Floreasca City Center is a multi-functional center with a shopping and entertainment complex as well as two office buildings in Bucharest. Floreasca City Center consists of a center for shopping, entertainment and business. The gross area amounts to approx. 214,000 m² with rentable area of approx. 120,000 m² and more than 2,000 parking places. It is the tallest building in Romania, with shopping-mall, entertainment, retail and offices. Located in Floreasca, an urban district and residential area in the northeast of Bucharest, SkyTower is close to another Raiffeisen evolution project, the Oracle Tower.

Aura is a mixed-use skyscraper completed in 2014 in Toronto, Ontario, Canada. It is the final phase of a series of condominium buildings near College Park in Toronto's Downtown Yonge district. It is part of the Residences of College Park project. Construction lasted from 2010 to 2014. With 79 floors, as of 2018 it is the tallest residential building in Canada and the 34th tallest residential building in the world.

Island Resort is a high-rise complex located in the Siu Sai Wan area of Hong Kong. Construction of the complex began in 1999, and was completed in 2001.

PNC Plaza, formerly known as RBC Plaza, is the largest and tallest skyscraper in the city of Raleigh, North Carolina, United States. The tower rises to a height of 538 feet (164 m) and is situated on a 0.83-acre (3,400 m2) lot housing approximately 730,000 square feet (68,000 m2) of office and retail space, parking and residential condominiums. The building at the corner of Fayetteville Street, Martin Street, and Wilmington Streets served as corporate headquarters for RBC Bank, the U.S. banking arm of Royal Bank of Canada, before being bought by PNC Financial Services. This is also the tallest tower in North Carolina outside of Charlotte, the largest city in the state. 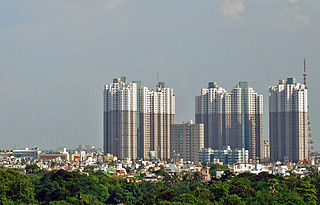 South City is a 31.14-acre (126,000 m2) condominium in Kolkata, India. It is situated at Prince Anwar Shah Road in Jadavpur. It is also close to the Jodhpur Park and Tollygunge areas of the city. Most of the recent real estate development in Kolkata has taken place in the E.M. Bypass area and Greater Kolkata. However, the South City complex is in the heart of the city. 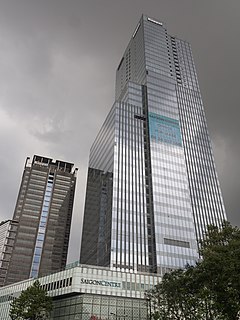 Hiland Park is the name given to a 32.14-acre (130,100 m2) micro-township in Kolkata, India. It is situated on Eastern Metropolitan Bypass at Chak Garia. The micro township features a Residential Complex, which includes a number of recreational facilities, a Shopping Mall named Metropolis Mall and a Social Club called The County.