West Yorkshire Police was formed in 1974, when part of the West Yorkshire Constabulary (itself created in 1968, and covering a much larger area) was amalgamated with the Leeds City Police and Bradford City Police, under the Local Government Act 1972. The force was originally known as the West Yorkshire Metropolitan Police. Some older signs around the Force area, such as the one in the reception of Millgarth Police Station in Leeds city centre, read 'West Yorkshire Metropolitan Police'. The 'Metropolitan' from the police title was dropped in 1986 when the Metropolitan counties were abolished. [3] [4] Proposals made by the Home Secretary on 21 March 2006 would see the force merge with North Yorkshire Police, South Yorkshire Police and Humberside Police to form a strategic police force for the entire region. These plans are currently[ when? ] under review and not expected to take place in the foreseeable future.

On 12 December 2006, Sir Norman Bettison was announced as the new Chief Constable, replacing Colin Cramphorn and resigned from his post on 24 October 2012. He was replaced by Temporary Chief Constable John Parkinson until the appointment of Mark Gilmore as Chief Constable on 1 February 2013.

For operational purposes West Yorkshire Police is divided into five geographic divisions known within the force as ‘policing districts’. The change in nomenclature reflects that of April 2014 the alignment with council boundaries for policing districts and the reduction of divisions in Leeds (which had three) and Bradford (which had two) so that each policing district was conterminous with its respective local authority boundaries. Each district is made up of Partnership Working Areas (PWA) which consist of an Inspector and three teams of sergeants, police constables, special constables and PCSOs. The first single police commander of the Bradford district, Chief Superintendent Simon Atkin, was appointed in October 2013 as part of ongoing moves to merge the district’s two policing divisions, while Chief Superintendent Angela Williams was appointed in Calderdale. [6]

The force headquarters is situated on Laburnum Road to the north of Wakefield city centre along with the Learning and Development Centre and specialist operations facility at Carr Gate, Wakefield at Junction 41 of the M1 motorway.

Wakefield District police headquarters is now located on Havertop Lane, Normanton. The total area is 11,500 metres squared and provides office accommodation as well as a 35-cell custody suite. [3] As it's now operational, the following Police stations are in the process of being closed and/or sold.

The new headquarters for the newly formed Leeds District is operational on Elland Road, Beeston, Leeds. The total area is 12,500 metres squared and provides office accommodation as well as a 40-cell custody suite. [3] Now operational, the Leeds District HQ will replace the following stations:

The existing Operational Support facilities at Carr Gate, Wakefield have been expanded and new buildings constructed which has centralised specialist training for the force in one location. The new facility, which totals 20,000 metres squared includes the following:

From the mid-1990s, there were seventeen geographical divisions within West Yorkshire Police; [31] however from 2000 onwards the number of divisions decreased as the move towards aligning police divisions with local council wards was implemented.

The Police Memorial Trust lists and commemorates all British police officers killed in the line of duty, and since its establishment in 1984 has erected over 38 memorials to some of those officers.

Since 1900 the following officers of West Yorkshire Police are listed by the Trust as having died during the course of their duties in attempting to prevent, stop or solve a criminal act: [52]

Yorkshire and the Humber is one of nine official regions of England at the first level of Nomenclature of Territorial Units for Statistics (NUTS) for statistical purposes. It comprises most of Yorkshire, as well as North Lincolnshire and North East Lincolnshire. Middlesbrough, Redcar and Cleveland or other areas of the historic county of Yorkshire, are not included. The largest settlements are Leeds, Sheffield, Bradford, Hull, and York. The population in 2011 was 5,284,000. 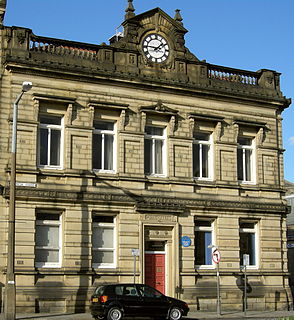 Wakefield is a cathedral city in the City of Wakefield District of West Yorkshire, England, on the River Calder and the eastern edge of the Pennines, which had a population of 99,251 at the 2011 census. 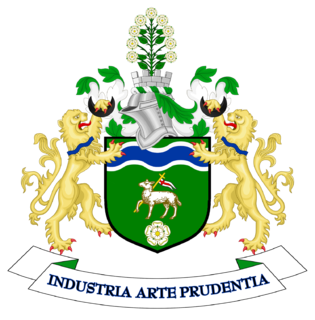 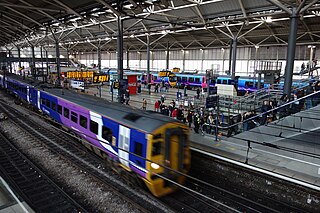 Leeds railway station is the mainline railway station serving the city centre of Leeds in West Yorkshire, England. It is the third-busiest railway station in the UK outside London. It is located on New Station Street to the south of City Square, at the bottom of Park Row, behind the landmark Queens Hotel. It is one of 20 stations managed by Network Rail. 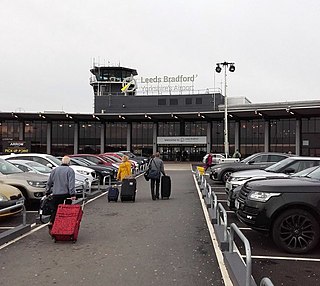 Leeds Bradford Airport is located in Yeadon, in the City of Leeds Metropolitan District in West Yorkshire, England, about 7 miles (11 km) northwest of Leeds city centre, and about 9 miles (14 km) from Bradford city centre. It serves Leeds and Bradford and the wider Yorkshire region including York and Wakefield, and Harrogate, and is the largest airport in Yorkshire. The airport was in public ownership until May 2007, when it was bought by Bridgepoint Capital for £145.5 million. Bridgepoint sold it in 2017 to AMP Capital. 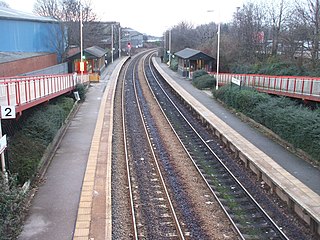 The Leeds–Bradford lines are two railway lines connecting the cities of Leeds and Bradford in West Yorkshire, both meeting in Leeds railway station and are included in the West Yorkshire Metro area system of lines. 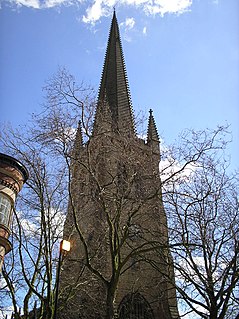 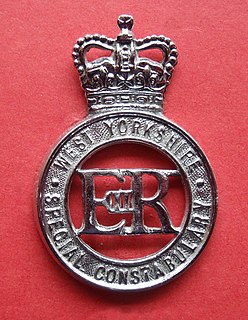 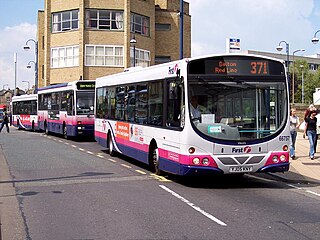 First Halifax, Calder Valley and Huddersfield is one of the bus companies serving the area of West Yorkshire, England. It forms part of FirstGroup, a company operating transport services across the British Isles and in North America. The company operates within the area covered by Metro, a public body responsible for helping to co-ordinate public transport services in the West Yorkshire area. 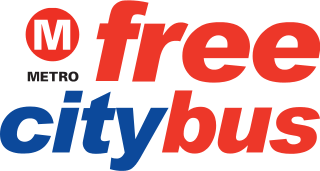 FreeCityBus or FreeTownBus is a family of zero-fare bus services which are operated in the centres of several cities and towns in the English county of West Yorkshire. The services operate as FreeCityBus in the cities of Wakefield and as FreeTownBus in the towns of Huddersfield and Dewsbury. The service is run under contract to Metro Connect. FreeCityBus had also operated in Leeds between 2006 and 2011 before being replaced by LeedsCityBus in April 2011 then joining onto route 5 in 2016 and in Bradford before being replaced by Bradford City Bus in 2016.

First West Yorkshire is a major bus operator in West Yorkshire. It is a subsidiary of FirstGroup. It is formed up of sub-brands First Bradford, First Calderdale & Huddersfield and First Leeds. 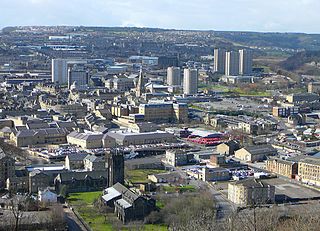 Halifax is a historic market, mill and minster town in the metropolitan borough of Calderdale in West Yorkshire, England. It is the administrative centre of the borough. In the fifteenth century the town became an economic hub of the old West Riding of Yorkshire, primarily in woollen manufacture. From New Year's Day 1779 manufacturers and mercers dealt internationally in such articles through its grandiose square, the Piece Hall. Halifax is known for Mackintosh's chocolate and toffee products including Rolo and Quality Street. The Halifax Bank was founded and has large offices in the town. Dean Clough, one of the largest textile factories in the world at more than 1⁄2 mile (800 m) long, is today a converted building for hotel, office and retail use including a gym, theatre, Travelodge and radio station, north of the town centre. 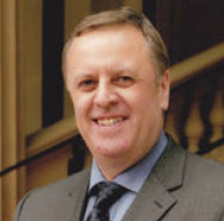 Mark Burns-Williamson, is a British Labour Party politician and the current West Yorkshire Police and Crime Commissioner. He is the former chair of the West Yorkshire Police Authority and has been the councillor for Castleford Central and Glasshoughton Ward since the Wakefield District Council elections in 1998. 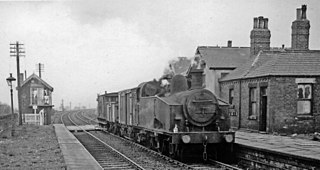