The Women's Equality Party was a New York political party active only in that state. It was founded in 2014 by Andrew Cuomo and Kathy Hochul, and lost ballot access in 2018.

Andrew Cuomo, the incumbent Governor of New York, created the party in July 2014 under New York's electoral fusion laws, which allow votes on any ballot line to count toward a ticket's overall vote count. [3] The party's name came from the Women's Equality Act, a bill that Cuomo was attempting to push through the New York State Legislature but stalled after he and the bill's supporters demanded a clause codifying Roe v. Wade be included even as the Republican-led New York State Senate refused to include the clause (the Senate did pass the rest of the bill, but the rest of the legislature refused to consider the bill without the Roe clause).

From its beginning, the party was met with controversy. Zephyr Teachout, who was challenging Cuomo in a primary election, accused Cuomo of blatant pandering, since Cuomo was not a woman. [3] (Cuomo used Kathy Hochul, his female running mate, as the public face of the party.)

The party attained over 50,000 votes for the Cuomo–Hochul ticket in the 2014 gubernatorial elections, granting it automatic ballot access as a full political party under state law. Cuomo and Hochul submitted a set of rules that has twice been challenged: once by a pair of Republican clerks who noted that the rules were not approved by a majority of the WEP's statewide candidates (the judge threw the challenge out for lack of standing), and again by former State Senator Cecilia Tkaczyk, who submitted her own set of rules in an attempt to become chair of the party. [4]

In 2016, the party was led by acting chair Rachel Gold. In January 2018, Susan Zimet became chair of the party. [5] Despite the change in leadership, and the fact that he was once again being challenged by a woman (Cynthia Nixon this time), the party supported Cuomo's 2018 reelection. [6] The party is widely believed to still be controlled and funded by the Cuomo gubernatorial campaign as a front organization, with the party having minimal independent operations. [7]

The party's acronym (W.E.P.) is visually close to that of the Working Families Party (W.F.P.), a left-wing New York third party that endorsed Nixon in the Democratic primary. Political observers accused Cuomo of creating the party to confuse voters who may have otherwise supported the WFP. [8]

The WEP was described by Alexandria Ocasio-Cortez as a cynical, centrist group that endorsed male incumbents over female primary challengers like her and Cynthia Nixon. [9]

In 2018 gubernatorial election, the party lost its automatic ballot line after failing to capture 50,000 votes for Cuomo. [10] At the time it lost ballot access, it had approximately 1,100 registered members. [11]

Cuomo's ties to the party were again criticized after multiple women accused him of sexual harassment in 2021. [12] [13]

Electoral fusion is an arrangement where two or more political parties on a ballot list the same candidate, pooling the votes for that candidate. It is distinct from the process of electoral alliances in that the political parties remain separately listed on the ballot. The practice of electoral fusion in jurisdictions where it exists allows minor parties to influence election results and policy by offering to endorse or nominate a major party's candidate.

Cynthia Ellen Nixon is an American actress and activist. For her portrayal of Miranda Hobbes in the HBO series Sex and the City (1998–2004), she won the 2004 Primetime Emmy Award for Outstanding Supporting Actress in a Comedy Series. She reprised the role in the films Sex and the City (2008) and Sex and the City 2 (2010). Her other film credits include Amadeus (1984), James White (2015), and playing Emily Dickinson in A Quiet Passion (2016). 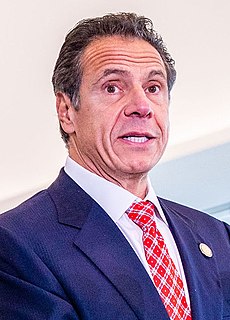 Andrew Mark Cuomo is an American politician, author and lawyer serving as the 56th governor of New York since 2011. A member of the Democratic Party, he was elected to the same position his father, Mario Cuomo, held for three terms. He has served as chair of the National Governors Association since August 2020.

The Conservative Party of New York State is a political party founded in 1962. The Party was founded due to conservative dissatisfaction with the Republican Party in New York. From 2010 to 2020, the Conservative Party held "Row C" on New York ballots—the third-place ballot position, directly below the Democratic and Republican parties—because it received the third-highest number of votes of any political party in the 2010, 2014, and 2018 gubernatorial elections. After a change to election law that made the tabulations after each even numbered year, the Conservative Party traded spots with the Working Families Party and will appear on “Row D” in 2021 and 2022 after receiving the fourth most votes in the 2020 presidential election.

Sean Patrick Maloney is an American politician serving as the U.S. Representative for New York's 18th congressional district since 2013. His district serves a large swath of exurban territory north of New York City, and includes Newburgh, Beacon and Poughkeepsie. He is a member of the Democratic Party. He was a candidate for New York Attorney General in the 2018 election, losing to Letitia James in the Democratic primary.

In New York State, to qualify for automatic ballot access, a party must have qualify every two years by receiving the greater 130,000 votes or 2% of the vote in the previous gubernatorial election or presidential election. In years with a gubernatorial election or presidential election a party must run a gubernatorial candidate or a presidential candidate to be eligible for automatic ballot access; if 130,000 voters vote for that candidate on their party line, they have qualified the party for the next two years until the following presidential or gubernatorial general election whichever one comes first. A party that is not qualified may run candidates by completing a petition process. Parties are also allowed to cross-endorse candidates, whose votes are accumulated under electoral fusion, but any parties must cross-endorse both the governor and lieutenant governor candidates for fusion to apply. Parties that are already qualified must issue a Wilson Pakula authorization if they cross-endorse someone not enrolled in that party; there are no restrictions on who can be nominated on a non-qualified ballot line, as these lines are determined by filing petitions.

The New York gubernatorial election of 1994 was an election for the state governorship held on November 8, 1994. Incumbent Democratic Governor Mario Cuomo ran for a fourth term, but was defeated by Republican George Pataki in an upset. Pataki was described by the New York Daily News as "a little-known Republican state senator." The New York Post said that "Voters had grown tired of the 12-year incumbent Cuomo and his liberalism." 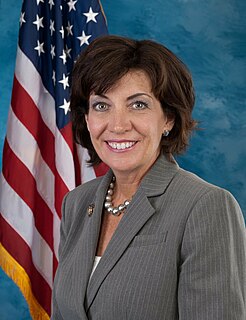 A 2011 special election in New York's 26th congressional district was held on May 24, 2011 to fill a seat in the U.S. Congress for New York's 26th congressional district. The vacancy was due to the February 2011 resignation of married Republican Chris Lee who resigned amid a scandal involving flirtatious emails and a shirtless picture he had sent to a woman he met on Craigslist. Four candidates competed in the election: Republican New York State Assembly member Jane Corwin; Democrat Erie County Clerk Kathy Hochul; Green Party candidate Ian Murphy, editor of the Buffalo Beast; and independent candidate Jack Davis, a businessman running on the Tea Party line. Hochul was projected as the winner of the race with a plurality of the vote on election night. 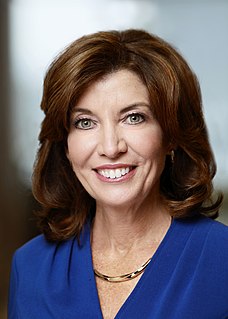 Kathleen Courtney Hochul is an American politician serving as Lieutenant Governor of New York since 2015. She served as the U.S. Representative for New York's 26th congressional district from June 1, 2011, to January 3, 2013, after winning the four-candidate special election of May 24, 2011, to fill the seat left vacant by the resignation of Republican Chris Lee, and was the first Democrat to represent the district in 40 years. 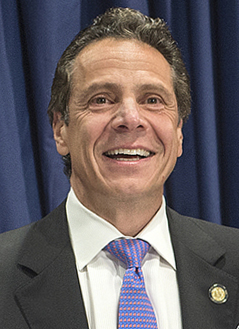 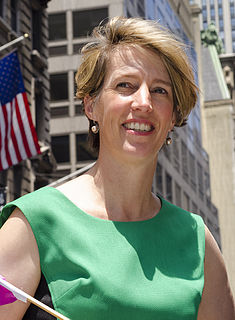 The 2018 United States House of Representatives elections in New York were held November 6, 2018 to elect a U.S. Representative from each of New York's 27 congressional districts. The elections coincided with the gubernatorial election, as well as an election to the United States Senate and various state and local elections. Contested primaries were held June 26, 2018. On Election Day, Democrats gained three New York House seats, and the Democratic Party retook control of the House of Representatives. Democrats won a total of 21 New York House seats, while Republicans won six. 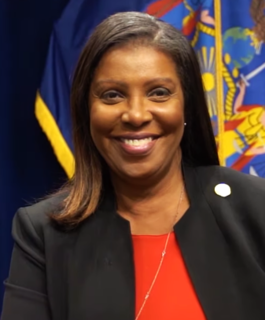 The 2022 New York gubernatorial election will take place on November 8, 2022, to elect the Governor of New York. As New York does not have gubernatorial term limits, incumbent Democratic Governor Andrew Cuomo is eligible to seek a fourth term in office. On May 28, 2019, Cuomo announced that he would seek re-election in 2022. 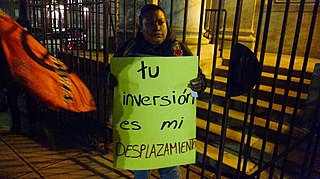 The 2018 New York's 14th congressional district election was held on Tuesday, November 6, 2018. The primaries for New York's federal elections were held earlier in the year on June 26. Alexandria Ocasio-Cortez defeated incumbent congressman Joe Crowley in the primary and went on to defeat Republican opponent Anthony Pappas in the general election.