The press maintains offices in New Haven, Connecticut and London, England. Yale is the only American university press with a full-scale publishing operation in Europe. It was a co-founder of the distributor TriLiteral LLC with MIT Press and Harvard University Press. [5] TriLiteral was sold to LSC Communications in 2018. [6]

Since its inception in 1919, the Yale Series of Younger Poets Competition has published the first collection of poetry by new poets. The first winner was Howard Buck; the 2011 winner was Katherine Larson.

Yale University Press and Yale Repertory Theatre jointly sponsor the Yale Drama Series, a playwriting competition. The winner of the annual competition is awarded the David C. Horn Prize of $10,000, publication of his/her manuscript by Yale University Press, and a staged reading at Yale Rep. The Yale Drama Series and David C. Horn Prize are funded by the David Charles Horn Foundation. [7]

In 2007, Yale University Press acquired the Anchor Bible Series, a collection of more than 115 volumes of biblical scholarship, from the Doubleday Publishing Group. [8] New and backlist titles are now published under the Anchor Yale Bible Series name.

The Lamar Series in Western History

The Lamar Series in Western History (formerly the Yale Western Americana series) [11] was established in 1962 to publish works that enhance the understanding of human affairs in the American West and contribute to a wider understanding of why the West matters in the political, social, and cultural life of America. [12]

The Dwight H. Terry Lectureship was established in 1905 to encourage the consideration of religion in the context of modern science, psychology, and philosophy. Many of the lectures, which are hosted by Yale University, have been edited into book form by the Yale University Press.

In 1963, the Press published a revised edition of Ludwig von Mises's Human Action . In the May 5, 1964 issue of National Review , Henry Hazlitt wrote the story "Mangling a Masterpiece", accusing Yale University Press of intentionally typesetting the new edition in an amateurish fashion, due to the Press's differing ideological beliefs. [14] [15]

In August, 2009, officials at the Press ignited a controversy when they decided to expunge reproductions of the cartoons involved in the Jyllands-Posten Muhammad cartoons controversy, along with all other images of Muhammad, from a scholarly book entitled The Cartoons that Shook the World , by professor Jytte Klausen. [16]

A cartoon is a type of visual art that is typically drawn, frequently animated, in an unrealistic or semi-realistic style. The specific meaning has evolved over time, but the modern usage usually refers to either: an image or series of images intended for satire, caricature, or humor; or a motion picture that relies on a sequence of illustrations for its animation. Someone who creates cartoons in the first sense is called a cartoonist, and in the second sense they are usually called an animator. 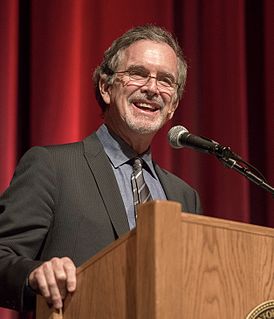 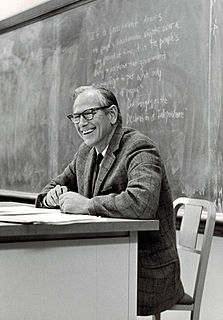 John Adalbert Lukacs was a Hungarian-born American historian and author of more than thirty books. Lukacs was Roman Catholic. Lukacs described himself as a reactionary.

Jeff Sharlet is an American academic, journalist, and author. Throughout his career, Sharlet's work has focused on religion.

Turner Publishing Company is an American independent book publisher based in Nashville, Tennessee. The company is in the top 101 independent publishing companies in the U.S. as compiled by Bookmarket.com, and has been named four times to Publishers Weekly's Fastest Growing Publishers List.

The Cartoons that Shook the World is a 2009 book by Brandeis University professor Jytte Klausen about the Jyllands-Posten Muhammad cartoons controversy. Klausen contends that the controversy was deliberately stoked up by people with vested interests on all sides, and argues against the view that it was based on a cultural misunderstanding about the depiction of Muhammad. The book itself caused controversy before its publication when Yale University Press removed all images from the book, including the controversial cartoons themselves and some other images of Muhammad.

John Donatich is the Director of Yale University Press.

Muhammad: The "Banned" Images is a 2009 book published in response to the expunging of all images of Muhammad from The Cartoons that Shook the World, a 2009 book about the Jyllands-Posten Muhammad cartoons controversy by Jytte Klausen published by Yale University Press. In August 2009, John Donatich, director of Yale University Press, announced that it would exclude all images of Muhammad from Klausen's book, citing an anonymous panel of experts who claimed that publication of the illustrations "ran a serious risk of instigating violence."

Robert E. Lane was an American political scientist and political psychologist. He was the Eugene Meyer Professor Emeritus of Political Science at Yale University. Lane taught there for nearly 50 years; during that time, he twice headed the department and helped lead the shift towards behavioralism. 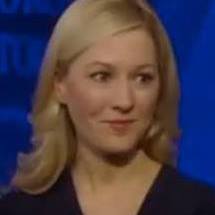 Candida R. Moss is an English public intellectual, journalist, New Testament scholar and historian of Christianity, who is the Edward Cadbury Professor of Theology in the Department of Theology and Religion at the University of Birmingham. A graduate of Oxford and Yale universities, Moss specialises in the study of the New Testament and martyrdom in early Christianity.

Franklin Edgerton was an American linguistic scholar. He was Salisbury Professor of Sanskrit and Comparative Philology at Yale University (1926) and visiting professor at Benares Hindu University (1953–4). Between 1913 and 1926, he was the Professor of Sanskrit at the University of Pennsylvania. He is well known for his exceptionally literal translation of the Bhagavad Gita which was published as volume 38-39 of the Harvard Oriental Series in 1944. He also edited the parallel edition of four recensions of the Simhāsana Dvātrṃśika, and a reconstruction of the (lost) original Sanskrit text of the Panchatantra.

LSC Communications is an American commercial printing company based in Chicago, Illinois, and, as of December 2020, a fully-owned subsidiary of Atlas Holdings. The company was established in 2016 as part of a corporate spin-off from RR Donnelley. It owns the publishers Research & Education Association and Dover Publications.