Yohann Thuram-Ulien (born 31 October 1988) is a Guadeloupean professional footballer who plays as a goalkeeper for Ligue 2 side Amiens SC.

Although Thuram-Ulien was born in Courcouronnes, France, he spent most of his childhood in Guadeloupe. He arrived at Monaco in 2003. He was a part of Monaco's 2007–08 CFA squad that won the reserve's professional title. During the summer of 2008, he signed his first professional contract, keeping him with Monaco until 2011. [1] He was given squad number 1 and designated as third keeper.

He unexpectedly made his professional debut on 29 November 2008 in a 1–0 victory over Auxerre coming on as a substitute in the 37th minute for the injured Flavio Roma who was starting in place of the injured first-choice keeper Stéphane Ruffier. Thuram kept a clean sheet for the rest of the match. [2] Due to the severity of Roma's injury and Ruffier being out indefinitely as well, Yohann started the following week against Sochaux. Yohann performed well enough for Monaco to earn a 1–1 draw. [3] Before signing his professional contract with Monaco, Barcelona showed interest in the young keeper. [4] On 26 June 2010, Thuram signed a contract extension with Monaco until 2012. Four days later, he was loaned to second division club Tours in order to get some consistent playing time. In the summer of 2013, he signed a contract with Standard Liège.

On 13 January 2014, Thuram-Ulien joined English club Charlton Athletic on loan until the end of the season; [5] he made four first-team appearances and kept one clean sheet. According to an article in the Evening Standard , manager Chris Powell was ordered to play Thuram-Ulien over Ben Hamer by the club's owner Roland Duchâtelet. [6]

Thuram-Ulien did not receive any distinct call-ups to any of the youth national squads, but has received call-ups to France's under-21 futsal team. [10] On 5 February 2009, he earned his first call-up to the France under-21 team. On 24 March 2009, he was called up to the Guadeloupe national team for a friendly match. [11] His call up to Guadeloupe, who were preparing for the 2009 CONCACAF Gold Cup, would not have hinder future selections from France for Thuram as they are not a member of FIFA. He made his debut for the Guadeloupean national team in a Caribbean Cup 0–0 (3–2) win on penalties against Suriname. [12]

Thuram-Ulien was born in France to parents of Guadeloupean descent. He is the cousin of former French international defender and 1998 World Cup winner Lilian Thuram, who also began his senior career at Monaco. [13] 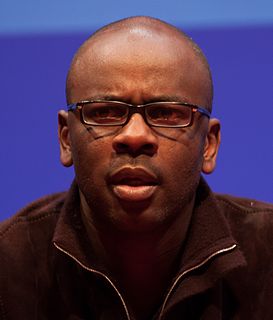 Benoît Pedretti is a retired French footballer who played as a midfielder. He was a deep lying playmaker, well-known for his wide range of passing.

Stéphane Ruffier is a French professional footballer who plays as a goalkeeper for Ligue 1 club AS Saint-Étienne. He previously played for AS Monaco from 2005 to 2011, serving as the first-choice goalkeeper and captain of the club. Ruffier is also a French international, and made his senior debut on 11 August 2010 in a friendly match against Norway. He was also included in the France squad for the 2014 FIFA World Cup.

Henri Bedimo Nsamé is a Cameroonian professional footballer who plays as a left-back. He represented the Cameroon national team internationally from 2009 to 2016 making 51 appearances and scoring once.

Méddy Lina is a Guadeloupean professional footballer who plays as a defender for Boulogne. He made four appearances for Vannes OC in Ligue 2 during the 2008–09 season.

Yvan Yann Erichot is a French professional footballer. He can play as either a centre back or a right back.

The 2011–12 season was AS Monaco FC's first season back in Ligue 2 since relegation from Ligue 1 in 2011. Marco Simone took over as coach of AS Monaco in September 2011 following the sacking of Laurent Banide. They finished the season in eighth place having struggled in the relegation zone for the majority of the season. They also participated in the Coupe de France where they were eliminated at the Round of 64 stage by Angers, and the Coupe de la Ligue which they were knocked out of in the first round by Sedan.

The 2013–14 Coupe de la Ligue was the 20th edition of the French league cup competition. The competition was organized by the Ligue de Football Professionnel and was open to the 44 professional clubs in France that are managed by the organization.

Marcus Lilian Thuram-Ulien is a French professional footballer who plays as a forward for Bundesliga side Borussia Mönchengladbach. He is the son of World Cup winner Lilian Thuram. 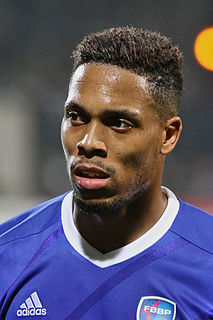 Mickaël Alphonse is a Guadeloupean professional footballer who plays for Amiens SC in French first tier as a right fullback. 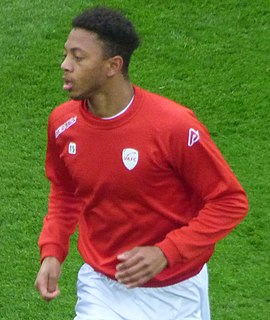 Nathaël Antoine Julian Julan was a French professional footballer who played as a forward. He represented Guingamp in Ligue 1, and Le Havre and Valenciennes in Ligue 2.

The 2018–19 Coupe de la Ligue was the 25th year for the league cup competition held in France. Forty-four clubs participated in the competition.