The I-League 2nd Division is the second-highest division overall in the Indian football league system after the I-League. It is also known as Hero 2nd Division League for sponsorship reasons.

The Final Round of the 2012 I-League 2nd Division will take place between six teams from the group stage and a seventh club, ONGC who were relegated from the 2010-11 I-League season, in a single table format in which each team plays each other twice, once in Siliguri and once in Gangtok. [1] The top two teams at the end of the Final Round will be promoted to the 2012–13 I-League replacing the two last place teams in the 2011–12 I-League. 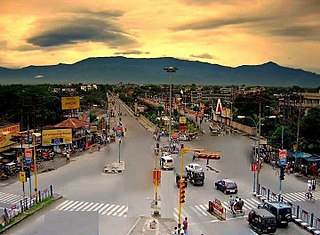 Siliguri [pronunciation (help·info)] is a metropolitan city which spans areas of the Darjeeling and Jalpaiguri districts in the Indian state of West Bengal. Known as the gateway of Northeast India, Siliguri is popular for three T's i.e. tea, timber and tourism. It is located on the banks of the Mahananda River at the foothills of the Himalayas. Siliguri is the second largest urban agglomeration according to area after Kolkata and third largest according to population in the state following Kolkata and Asansol. It lies 35 kilometers away from its twin city, Jalpaiguri which both merges up to be the largest metropolis of the region. 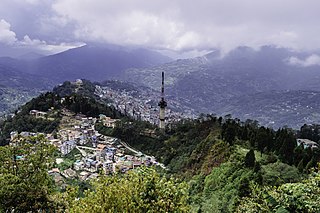 Gangtok is a city, municipality, the capital and the largest town of the Indian state of Sikkim. It also is the headquarters of the East Sikkim district. Gangtok is in the eastern Himalayan range, at an elevation of 1,650 m (5,410 ft). The town's population of 100,000 are from different ethnicities such as Bhutia, Lepchas and Nepalis. Within the higher peaks of the Himalaya and with a year-round mild temperate climate, Gangtok is at the centre of Sikkim's tourism industry.

The All India Football Federation released the schedule for the Siliguri and Gangtok phase of the Final Round on February 24, 2012. [2]

Note: These stats are only for the Final Round, the Group Stage goals don't carry over to this stage.

The 2010 World Junior Curling Championships were held from March 5 to 14 at the Waldhaus Arena in Flims, Switzerland. 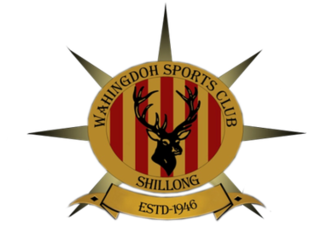 Royal Wahingdoh Football Club is a men's professional football club based in Shillong, Meghalaya that participates in the Indian I-League. Royal Wahingdoh F.C. holds the record for the highest number of consecutive Shillong Premier League titles, having won the finals in December 2010, 2011 and in 2012. They played in I-League 2nd Division for the 2013–14 season. They won the league by defeating Bhowanipore F.C. in the last match of the league and qualified to play for the 2014–15 season of the I-League.

United Sikkim Football Club is an Indian football club based in Gangtok, Sikkim. The club, currently playing in the Sikkim Premier Division League which was founded in 2011, is the only club from Sikkim to play in the I-League and the second club from North East India. The club which was co-owned by Dubai based Fidelis World, former India football captain Baichung Bhutia, and Indian music singer Shankar Mahadevan, was founded in order to give the people of the Indian state of Sikkim a team.

The 2012 I-League 2nd Division will be the fifth season of the league. The league serves as the second top tier of Indian Football in which the league is under a format of promotion and relegation between the league and the I-League which is the top tier league of India.

The 2012–13 East Bengal F.C. season was the club's 93rd season since their formation in 1920 and their sixteenth season ever in the I-League which is India's top football league.

Surabuddin Hazard is an Indian footballer who plays as a midfielder for Mohun Bagan A.C. in the I-League.

Ayomide Babatunde Badmus is a Nigerian footballer who plays as a forward for Chennai United in the Chennai Football Association First Division. Babatunde has played for ONGC F.C. in 2010–11 I-League in which he scored 11 goals before his club was relegated.

The 2013 Durand Cup was the 126th season of the Durand Cup, the third oldest football tournament in the world, which is a knock-out competition held in India. Air India were the current holders, having beaten Mumbai Tigers 3-2 on penalties after the match ended 0-0 after 120 minutes in the 2012 Final.

The 2014 I-League 2nd Division is the seventh season of the I-League 2nd Division under its current title. The season began on February 7, 2014. It contained 11 clubs in two groups and twelfth club United Sikkim F.C. directly entered into final round. Royal Wahingdoh F.C. won the tournament and will be promoted to 2014–15 I-League.

Northeast Derby is a derby between northeastern I-League teams Shillong Lajong, Aizawl and NEROCA. Shillong Lajong was first promoted to I-League in 2009-10 season followed by Aizawl in 2015-16 season and NEROCA in 2017-18 season. Other teams which can also be included in this derby are United Sikkim, Rangdajied United and Royal Wahingdoh. Aizawl is the only club to win a title.