Last updated July 15, 2021
Not to be confused with Fiji Airways.

The Air Fiji fleet included the following aircraft (at December 2008): 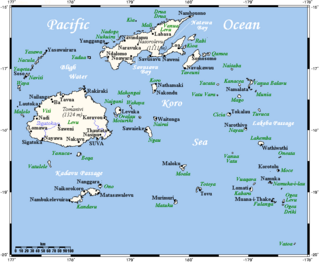 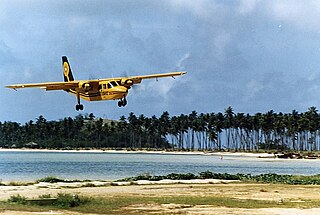 Fiji Link is the trade name for Fiji Airlines Limited, which is a Fijian domestic airline and a wholly owned subsidiary of the international carrier Fiji Airways. It is headquartered at the Fiji Link office in the Civil Aviation Authority of Fiji (CAAFI) compound at Nadi International Airport in Nadi. It operates scheduled services to 12 destinations within the Fijian Islands as well as regionally within the Pacific Islands. The company slogan is Best value under the Sun. 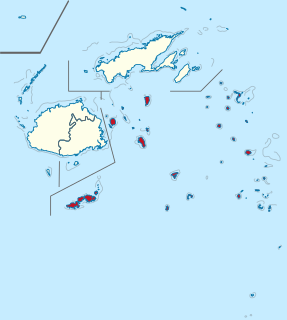 The Eastern Division of Fiji is one of Fiji's four divisions. It consists of Kadavu Province, Lau Province, Lomaiviti Province and Rotuma.

Moala is a volcanic island in the Moala subgroup of Fiji's Lau archipelago. It has an area of 62.5 square kilometers (24.1 sq mi), making it the ninth largest island of Fiji. The highest point on the island of Moala, at a maximum elevation of 468 meters (1,535 ft), is called Delaimoala which has rich vegetation and consists of dark thick forest. The population of around 3000 live in eight villages. The chiefly village of these is Naroi, whose population is over 500. Economic activities include coconut farming, cocoa production, fishing and yaqona (kava) production.

The Fiji Football Association is the governing body of football in Fiji. It came into existence in 1961.

The Inter-District Championship (IDC) is the an amateur Fijian football cup. Only five teams first took part in the first IDC held in Suva in 1938. From 1938 to 1975, the competition was initially held on a knock out format but in 1976 pool play was introduced. From 1985, the competition was held in two divisions with the introduction of a second level tournament known as the Premier Division. In 1999 there was a short lived third level division. With Navua registering its first ever win of the IDC tournament in 2009, all the current Super Premium Division teams have now won the Lloyd Farebrother Trophy one or more time(s).

The Fiji whistler is a species of bird in the family Pachycephalidae, endemic to Fiji.

The sport of football in the country of Fiji is run by the Fiji Football Association. The association administers the national football team as well as the FPL. The national team has had little international success.

Northern Air is an airline operating out of Nausori International Airport, Fiji.

Severe Tropical Cyclone Bebe, also known as Hurricane Bebe, was a pre-season storm during October 1972 in the South Pacific Ocean that severely affected Fiji, the Ellice Islands, and the Gilbert Islands.