Educated at the Keiko Gakuen Junior High School, he served as captain of his college's rugby team during his high school days, finishing second at the 69th All-Japan High School Rugby Football Championship. Then, Yoshida attended Kyoto Sangyo University regularly since the first year. He was also the captain at the university's rugby team in 1993. In 1994, he joined Kobe Steel, as regular centre since his first year in the club, contributing to achieve the seventh consecutive victories in the All-Japan Rugby Company Championship and in the Japanese Championship for Kobe Steel. Yoshida also contributed to the victory of the 1999 and 2000 championships. In 1995, Yoshida was capped for the first time in the match against Romania, in the same year, he also took part in the 1995 Rugby World Cup, playing all the pool stage matches in the tournament, as well in the 1999 Rugby World Cup. He retired in February 2006, [1] thus leaving Kobelco Steelers and Kobe Steel and became head coach of his alma mater, Kyoto Sangyo. [2] In 2009 he took office as coach, but in February 2011 he resigned. [3] From April 2013, Yoshida was in charge of the Nihon University Rugby Football Club, [4] resigning as coach in the 2015 season. As of April 2016, he was appointed as head coach of Yakult Levins Rugby Football Club. Besides diffusing rugby as a part-time university lecturer, Yoshida works to train and strengthen the future generations.

Statistics of Emperor's Cup in the 2001 season. 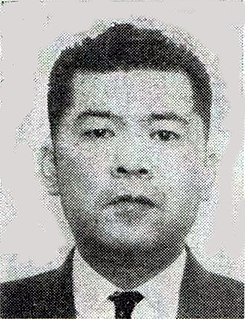 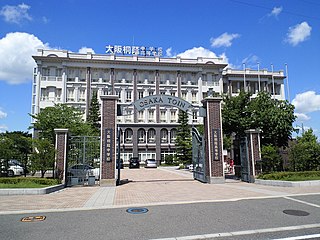 Katsufumi Miyamoto is a former Japanese rugby union player and coach. He played as flanker.

Tatsuya Maeda is a former Japanese rugby union player who played as a fullback, as well as center and fly-half.

Koji Yasumi is a former Japanese rugby union player. He played as prop. Currently, he works for the non-profit organisation Heroes.

Hiroyuki Tanuma is a former Japanese rugby union player. He played as lock.

The 2019 J1 League, also known as the 2019 Meiji Yasuda J1 League for sponsorship reasons, was the 27th season of the J1 League, the top Japanese professional league for association football clubs, since its establishment in 1993.

Akira Inoue is a Japanese film director. He is known for directing a lot of jidaigeki television dramas.

The 2020 J2 League, also known as the 2020 Meiji Yasuda J2 League for sponsorship reasons, will be the 28th season of J2 League, the top Japanese professional league for association football clubs, since its establishment in 1993. The league will start on 21 February 2020. For this season, the league was planned to have season break to avoid clash with 2020 Summer Olympics due to be starting from June to August, as the Olympics have been postponed to a year.

The 2020 J3 League, referred to as the 2020 Meiji Yasuda J3 League for sponsorship reasons, was the 7th season of J3 League under its current name.