Business in the Community

Business in the Community (BITC) is a British business-community outreach charity promoting responsible business, CSR, corporate responsibility, and is one of the Prince's Charities of Charles, Prince of Wales.

BITC works with companies in the UK and internationally, who are committed to improving their impact on society. BITC seeks to positively shape business impact on the environment, in the marketplace, in the workplace and in the community. It is an organisation that works with businesses to improve their corporate social responsibility (CSR) credentials, offering advice and programmes tailored to meet their needs.

Business in the Community is one of The Prince's Charities, a group of not-for-profit organisations of which The Prince of Wales is president. Seventeen of the nineteen charities were founded personally by The Prince.

Business in the Community launched the Awards for Excellence at its AGM in December 1997. Now known as The Responsible Business Awards, they are presented annually to businesses that are judged to show innovation, creativity and a sustained commitment to corporate responsibility. [2] The event is organized by the London-based Ethical Corporation.[ citation needed ]

The Prince's Seeing is Believing (SIB)

The Prince's Seeing is Believing programme was started by the Prince of Wales in 1990, by inviting businesspeople to go on visits around the county. Some 8,000 chief executives have led visits tackling subjects such as urban homelessness and illiteracy to challenges facing hill farmers in remote areas. [3]

John Walsh made the award-winning 2003 BBC documentary series Headhunting The Homeless following the work of Eva Hamilton’s [4] Business Action on Homelessness project as part of Business in the Community. [5]

Founded in October 1991, and supported by the then Prime Minister John Major MP, Opportunity Now is a UK membership organisation working towards gender equality and diversity in the workplace. [6]

The campaign's chair Helena Morrissey, CEO of Newton Investment Management and founder of the 30% Club, was appointed in 2013. [7]

Corporate social responsibility (CSR) is a form of international private business self-regulation which aims to contribute to societal goals of a philanthropic, activist, or charitable nature by engaging in or supporting volunteering or ethically-oriented practices. While once it was possible to describe CSR as an internal organisational policy or a corporate ethic strategy, that time has passed as various national and international laws have been developed and various organisations have used their authority to push it beyond individual or even industry-wide initiatives. While it has been considered a form of corporate self-regulation for some time, over the last decade or so it has moved considerably from voluntary decisions at the level of individual organizations to mandatory schemes at regional, national, and international levels.

The National Lottery Community Fund, legally named the Big Lottery Fund, is a non-departmental public body responsible for distributing funds raised by the National Lottery for "good causes". Since 2004 it has awarded over £9 billion to more than 130,000 projects in the UK. 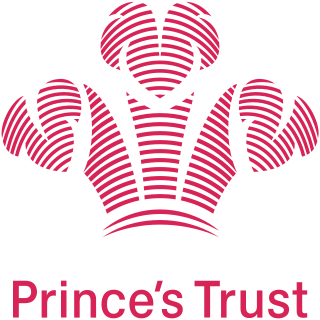 The Prince's Trust is a charity in the United Kingdom founded in 1976 by Charles, Prince of Wales, to help vulnerable young people get their lives on track. It supports 11 to 30-year-olds who are unemployed and those struggling at school and at risk of exclusion. Many of the young people helped by The Trust are in or leaving care, facing issues such as homelessness or mental health problems, or have been in trouble with the law.

Grant are funds given by an entity – frequently, a public body, charitable foundation, or a specialised grant-making institution – to an individual or another entity for a specific purpose linked to public benefit. Unlike loans, grants are not to be paid back.

Peter Paduh is a British businessman, best known as the Young Business Person of the Year at the London Business Awards 2005, and for his involvement with the Computers for Older People Initiative with the Mayor of London and Age Concern and as a spokesperson for Refugees in the UK and for Corporate Social Responsibility (CSR).

Sentebale is a registered charity, founded in 2006 by Prince Harry, Duke of Sussex, and Prince Seeiso of Lesotho.

The chief sustainability officer, sometimes known by other titles, is the corporate title of an executive position within a corporation that is in charge of the corporation's "environmental" programs. Several companies have created such environmental manager positions in the 21st century to formalize their commitment to the environment. The rise of the investor ESG movement and stakeholder capitalism, has increased the need for corporations to address sustainability and social issues across their value chain, and address growing needs of external stakeholders. Normally these responsibilities rest with the facility manager, who has provided cost effective resource and environmental control as part of the basic services necessary for the company to function. However, as sustainability initiatives have expanded beyond the facility — so has the importance of the position to what is now a C-level executive role. The position of CSO has not been standardized across industries and individual companies which leads it to take on differing roles depending on the organization. The position has also been challenged as symbolic, in that it does not actually have the effect of increasing sustainable practices.

Aileen O’Toole is an Irish journalist, a co-founder of The Sunday Business Post and an online communication consultant.

Age UK is a registered charity in the United Kingdom, formed on 25 February 2009, and launched on 1 April 2009, which combined the operations of the previously separate charities Age Concern England and Help the Aged to form the UK's largest charity for older people.

John Joseph Paul Studzinski, CBE is an American-British investment banker and philanthropist. Since September 2018 he has been Managing Director and Vice Chairman of the global investment-management firm PIMCO.

The Mosaic Network is a charitable initiative founded by Charles, Prince of Wales in 2007 as part of 'The Prince's Programmes' at his charity "Business in the Community". The catalyst was a memorandum from The Prince of Wales to Julia Cleverdon, who was the chief executive officer of BITC, and John O'Brien MBE, who was the director of personal programmes. Although it sat well outside the normal focus of BITC, Cleverdon gave O'Brien a free remit to see what he could create. The initiative very quickly became formed a multiple set of initiatives which included, The Mosaic Schools Network, chaired by Princess Badiya bint El Hassan of Jordon, The Mosaic Speakers Bureau with individuals including Pinky Lilani, Asad Ahmad and many others. It also consisted of a media network launched at Channel 4.

Philip Nevill Green CBE is a British business executive. He was chairman of Carillion from May 2014 until Carillion entered compulsory liquidation in January 2018. Green was chairman of BakerCorp from June 2011 until December 2017.

Bekeme Masade-Olowola is a Nigerian social entrepreneur, a member of the Board of Directors of the Global Reporting Initiative (GRI) – the world's leading sustainability impact measurement and reporting standards body – and the Chief Executive of CSR-in-Action, a group made of a consulting firm, a think tank and a training institute dedicated to corporate social responsibility, policy development, advocacy, empowerment and sustainable development in the region.

East London Business Alliance (ELBA) is a British business-community outreach charity promoting corporate social responsibility (CSR) and employee volunteering. A 'partnership of substantial businesses engaged in the social and economic regeneration of East London', it operates in the Boroughs of Tower Hamlets, Hackney, Newham, Waltham Forest, and, under the name the BIG Alliance, in Islington.

Alex Otti is a Nigerian economist, banker, investor, philanthropist and politician. Otti is the former Group Managing Director of Diamond Bank Plc, a leading retail financial institution in Nigeria. Otti was a gubernatorial candidate of Abia State on the platform of All Progressives Grand Alliance (APGA). On 31 December 2015, The Court of Appeal which sat in Owerri removed Okezie Ikpeazu of the Peoples Democratic Party as governor of Abia State and declared Alex Otti of the All Progressives Grand Alliance, the winner of the April 11 and April 25 Governorship elections in the state. However, on February 3, 2016, the Supreme Court of Nigeria reversed the verdict of the Court of Appeal and affirmed the election of Ikpeazu as Governor. Dr. Alex Otti is a member of the editorial board of one of the most respected newspapers in Nigeria, Thisday, and writes a fortnightly column, every other Monday, titled "Outside The Box". 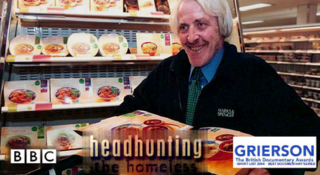 Headhunting The Homeless is a British documentary series for the BBC by John Walsh of Walsh Bros Ltd. This three part series followed five homeless people for over a year as they looked for employment on a new scheme involving two hundred companies, including Marks & Spencer, Pret a Manger and Wates Construction, following the work of Eva Hamilton MBE’s Business Action on Homelessness project as part of Business in the Community. The goal of this project was to try and break the cycle of homelessness for good, to challenge perceptions of homelessness, and to change the attitudes that business people have and in the process observe the demanding transition into the working world for homeless people. The series followed The Prince of Wales’ Seeing is Believing Programme and then pioneering a new multimillion pound Corporate Social Responsibility project, addressing attempting a new approach on CSR in relation to homelessness. 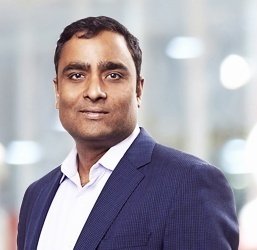 Raj Mamodia is an Indian American business executive. He is the current CEO of Brillio, a technology company spun off from Collabera in 2014. Prior to founding Brillio, Mamodia was CEO of Collabera.