Charles Austin (born 5 July 1989) is an English professional footballer who plays as a forward for Championship club Queens Park Rangers.

Released from his contract by Reading as a youth, Austin played non-league football up to May 2009, when he was signed by Swindon Town after a prolific season for Poole Town. After scoring 58 goals in 113 matches in the Football League Championship for Burnley and Queens Park Rangers, [3] Austin made his debut in the Premier League during the 2014–15 season, scoring 18 goals for relegated Queens Park Rangers and receiving a call-up for the England national team. [4] He returned to the Premier League in January 2016 when he signed for Southampton, scoring the winning goal against Manchester United on his debut.

Born in Hungerford, Berkshire, [2] Austin trained with Reading's youth teams as a youngster but was released for being too small when he was 15. [5] He subsequently played for local team Kintbury Rangers and his hometown side Hungerford Town. [6] Austin departed Hungerford in 2008 and was briefly on the books of Thatcham Town but ultimately left without making any appearances for the club.

Moving with his family to Bournemouth, he then switched to nearby semi-professional Wessex League Premier Division team Poole Town while also working as a bricklayer. [7] In the season of 2008–09, Austin scored 46 goals in 46 appearances for Poole in all competitions. [8]

Austin spent the pre-season of the 2009–10 season on trial with League Two club Bournemouth. Although Bournemouth's manager, Eddie Howe, was keen to sign the striker on a permanent deal, Bournemouth were unable to make a move for the striker due to a transfer embargo imposed on the club by the Football League. [9] Austin continued to play for Poole Town, scoring 18 goals in 11 games at the beginning of the season. [10]

Austin was offered a trial at Swindon Town in September 2009 after Swindon Town's then chief scout Ken Ryder "stumbled across Charlie playing for Poole Town ... and he scored four goals ... and then the following week he scored three or four". [11] After being watched for three games by the Swindon Town scouting team, Austin was asked to go on a week-long trial at Swindon Town. [11] Austin impressed in his first reserve game against Swansea and scored a hat trick. [11] Immediately afterwards, he was signed by Danny Wilson for an undisclosed fee and given a contract until the end of the season. [12] He made his debut appearance for Swindon Town on 6 October in a 1–1 draw with Exeter in the 2009–10 Football League Trophy, replacing Ben Hutchinson as a substitute in the 88th minute. [13] [14] Austin made his Football League debut coming on in the 70th minute in the league match away at Norwich City on 24 October 2009 and on 21 November 2009, he scored his first professional goal in only the third minute of his full debut away at Carlisle United. [15] He scored again on his full home debut three days later against Huddersfield Town, hitting the match-winner in the 59th minute for a 2–1 victory. [16]

After forming a successful strike partnership with Billy Paynter and scoring 10 goals in 11 starts, Austin was rewarded with an extended two-and-a-half-year contract with the club in February 2010. [17] On 14 May 2010, Austin scored the first goal as Swindon took a narrow 2–1 advantage in the first leg of the League One play-off semi-final against Charlton Athletic. In the second leg at Charlton, Swindon progressed to the final at Wembley after a penalty shoot-out in which Austin scored. Swindon lost the final 1–0 against Millwall; Austin found himself through on goal with an opportunity to equalise in the 72nd minute but shot wide after the ball bobbled on the Wembley turf as he struck the ball. [18] At the end of his first season as a professional, Austin had scored 20 goals in 32 starts. [19]

Despite suffering a dislocated shoulder in September, Austin scored another 17 goals in 27 games at the start of the 2010–11 season. [20] His form prompted several Championship clubs to make offers for him during the January transfer window – all of which were rejected by Swindon. [21] Disappointed at Swindon's reluctance to sell, Austin subsequently stated he was eager to play at a higher level and handed in a transfer request. [21] [22] Swindon accepted a bid from Ipswich Town just over a week later but they failed to agree personal terms with Austin and Burnley subsequently stepped in with an undisclosed fee which was also accepted. [23]

On 28 January 2011, Austin signed for Burnley on a three-and-a-half-year contract. [23] He made his Burnley debut on 1 February in a 1–0 loss away to Doncaster Rovers. [24] In his first full season with Burnley, Austin scored 16 goals in the Championship and finished the campaign as the club's top goalscorer in the league.

On 23 October 2012, Austin scored two goals in a 3–4 win over Bristol City, and subsequently equalled Ray Pointer's club record of scoring in eight consecutive appearances, which was achieved back during the 1958–59 season. [25] [26]

Two weeks later, on 6 November 2012, Austin broke another Burnley record as he became the quickest-ever player to reach 20 goals in a season after scoring in a 1–0 win over Leeds United — his 17th appearance of the season. The record was previously held by Bert Freeman, who scored 20 goals in his first 19 matches for the club during the 1911–12 season. He also became only the second-ever Burnley player to score 20 goals before the end of November after Andy Lochhead, who reached 20 goals in 25 games on 26 November 1966. [27] [28] Austin managed to get his goal tally up to 23 goals by the end of the calendar year.

On 6 December 2014, Austin scored against former club Burnley in a 2–0 win, but was later sent off for a second booking. [36] Two weeks later, he scored his first Premier League hat-trick in a 3–2 win over West Bromwich Albion, bringing his league tally for the season up to 11. [37] With five goals in five games in December 2014, he was awarded the Premier League Player of the Month award, becoming only the second QPR player to do so. [38] By scoring a league hat-trick for QPR, Austin became the first Rangers player in more than ten years to achieve the feat, last performed by Jamie Cureton on 28 September 2004. [39] On 24 May, Austin scored QPR's goal in a 5–1 final day defeat to Leicester City to finish the season as the fourth top goal scorer in the Premier League, with 18 goals. [40] [41]

On 16 January 2016, Austin returned to the Premier League, joining Southampton on a four-and-a-half-year deal for a reported fee of £4 million. [42] He made his debut for the club a week later against Manchester United, coming on as a second-half substitute for Sadio Mané, and scored a late winner, turning in a free-kick from James Ward-Prowse. [43]

He scored his first two goals of the 2016–17 season on 15 September in a 3–0 Europa League win over Sparta Prague [44] and went on to score four goals in a week, with goals against Swansea City in the Premier League [45] and Crystal Palace in the EFL Cup. [46] In Southampton's next Premier League fixture, at West Ham United, manager Claude Puel inserted Austin in the starting lineup over Shane Long, and Austin provided the first goal as well as an assist in the 3–0 victory. [47]

On 23 December, Austin scored the opening goal in the 24th minute of a 1–1 draw with Huddersfield Town. Shortly afterwards, he caught Huddersfield keeper Jonas Lössl in the face with his boot. Late in the match, Austin went off with a hamstring injury which resulted in him being sidelined for several weeks. [48] The following day, the Football Association gave Austin a three-match suspension for violent conduct. [49]

Austin signed for Championship club West Bromwich Albion on 8 August 2019 on a two-year contract for a £4 million fee. [50] He scored on his debut for West Brom in an EFL Cup tie against Millwall on 13 August 2019. [51] Austin scored his first league goal for West Brom on 5 October 2019 against Cardiff City in a 4-2 win. [52] Austin finished the 2019–20 season as the club's top scorer with 11 goals in all competitions, helping secure West Brom's return to the Premier league.

On 27 May 2021 it was announced that Charlie Austin would leave the club following the conclusion of his contract thus ending a 2 year stint at the club. [53]

On 21 May 2015, Austin was called up for the first time to the England national football team for a friendly match against the Republic of Ireland and a UEFA Euro 2016 qualifying match against Slovenia. He and Leicester City forward Jamie Vardy were called up due to several other forwards being involved in the European Under-21 Championship, [57] but Austin did not feature in either match.

Jamie Cureton is an English former professional footballer. A striker, he is currently player-manager at Enfield.

Rowan Lewis Vine is an English footballer who was most recently a player-coach at Hemel Hempstead Town.

Robert William Hulse is an English former footballer who played as a striker. 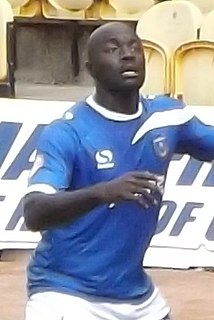 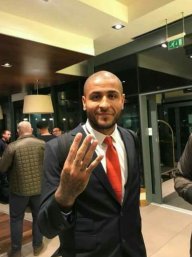 Leon Marvin Clarke is an English professional footballer who plays as a striker for League One club Shrewsbury Town. 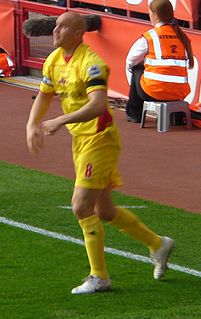 Gavin Andrew Mahon is an English former professional footballer who played as a defensive midfielder.

Andrew David Williams is an English professional footballer who plays for League Two club Cheltenham Town. He plays as either a forward or a winger. 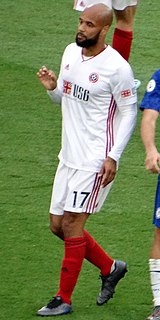 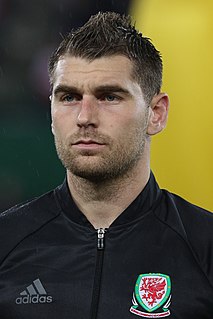 Samuel Michael Vokes is a professional footballer who plays as a striker for Championship club Stoke City and the Wales national team. 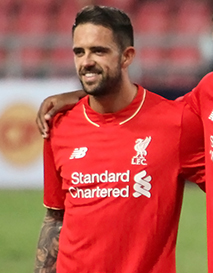 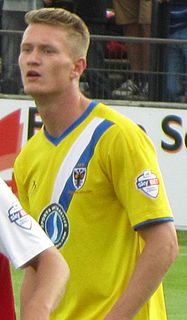 Michael John Smith is an English footballer who plays as a striker for Championship club Rotherham United.

David Michael Ball is an English professional footballer who plays as a striker for Wellington Phoenix in the A-League. 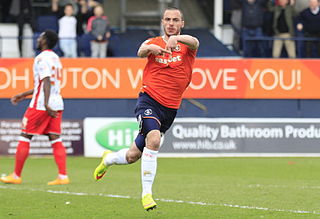 Michael Grant Harriman is a professional footballer who plays as a defender for League One club Northampton Town. 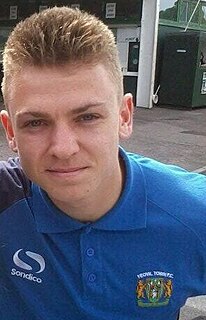 Samuel Tobias Hoskins is an English professional footballer who plays as an attacking midfielder for League One club Northampton Town. 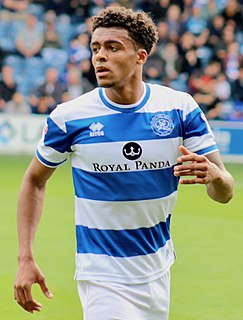 Darnell Anthony Furlong is an English professional footballer who plays as a defender for Championship club West Bromwich Albion.

Samuel William Surridge is an English professional footballer who plays as a forward for Championship club AFC Bournemouth. He has spent time on loan at Weymouth, Poole Town, Yeovil Town, with whom he made his Football League debut, Oldham Athletic and Swansea City.