Clark Spencer (born April 6, 1963) is an American film producer, businessman and studio executive best known for his work at Walt Disney Animation Studios, and for winning the Oscar for his work on the 2016 animated feature film Zootopia .

Spencer was born in Seattle, Washington, and attended Woodrow Wilson High School in Portland, Oregon from September 1976[ citation needed ] to June 1981. Spencer graduated from Harvard University in 1985 with a degree in history.

He joined Walt Disney Feature Animation in 1993. He was director of planning but moved on to be senior vice president of finance and operations. He moved on to the Florida animation division of the company where he was the head of studio before becoming the producer of Lilo & Stitch (2002). [1] [2] Since then, Spencer has gone on to also produce the Disney animated film Bolt , as well as Winnie the Pooh , Wreck-It Ralph and Zootopia . [3]

He was involved in the purchase of Miramax Films in the early 1990s.

In August 2019, Spencer was named president of Walt Disney Animation Studios after Andrew Millstein was moved over to co-president of Blue Sky Studios. [4] As of January 2020, Spencer is set to co-produce an untitled animated film centered on a latinx family for Disney, alongside Yvett Merino Flores. [5]

Bruce Wayne Smith is an American character animator, film director, and television producer. He is best known as the creator of Disney Channel's The Proud Family, as well as the supervising animator of Kerchak in Tarzan, Pacha in The Emperor's New Groove, Dr. Facilier in The Princess and the Frog, and Piglet, Kanga, and Roo in Winnie the Pooh.

Christopher Michael Sanders is an American animation director, film director, screenwriter, producer, illustrator and voice actor. He is best known for co-writing and directing Disney's Lilo & Stitch (2002) and DreamWorks' How to Train Your Dragon (2010), both of which he co-wrote and co-directed with Dean DeBlois, and for creating and voicing Stitch in Lilo & Stitch and every Western-produced work in its franchise. He also directed and co-wrote DreamWorks' The Croods (2013), along with Kirk DeMicco, and later directed 20th Century Studios' The Call of the Wild (2020), his live action directorial debut and his first film without a co-director.

Raymond Saharath Persi is an American animator, director, screenwriter, producer, storyboard artist and voice actor. He has directed many episodes of The Simpsons, including "Mobile Homer", "The Girl Who Slept Too Little", "The Monkey Suit", "Little Big Girl", "24 Minutes", "Love, Springfieldian Style" and the Emmy-award winning "The Seemingly Never-Ending Story". Persi went on to work as a sequence director for The Simpsons Movie (2007).

Winnie the Pooh and the Blustery Day is a 1968 animated featurette based on the third, fifth, ninth, and tenth chapters from Winnie-the-Pooh and the second, eighth, and ninth chapters from The House at Pooh Corner by A. A. Milne. The featurette was directed by Wolfgang Reitherman, produced by Walt Disney Productions and released by Buena Vista Distribution Company on December 20, 1968 as a double feature with the live-action comedy feature The Horse in the Gray Flannel Suit. This was the second of the studio's Winnie the Pooh shorts. It was later added as a segment to the 1977 film The Many Adventures of Winnie the Pooh. The music was written by Richard M. Sherman and Robert B. Sherman. It was notable for being the last animated short produced by Walt Disney, who died of lung cancer in December 1966, two years before its release. 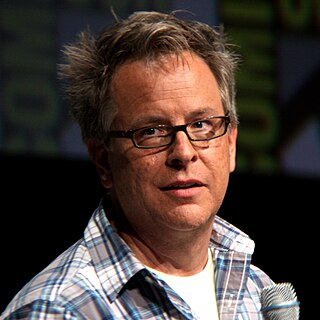 Rich Moore is an American film and television animation director, screenwriter and voice actor. In addition to directing the films Wreck-It Ralph (2012) and co-directing Zootopia (2016) and Ralph Breaks the Internet (2018) for Walt Disney Animation Studios, he has worked on the animated television series The Simpsons, The Critic and Futurama. He is a two-time Emmy Award winner, a three-time Annie Award winner and an Academy Award winner. 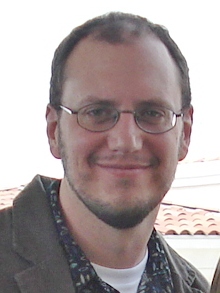 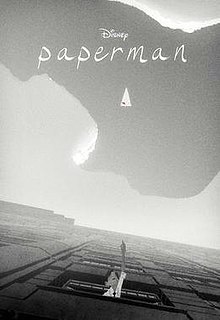 John Kahrs is an American animator and film director.

Peter Del Vecho is a film producer at Walt Disney Animation Studios, where he is also senior vice president of production. He is best known for producing Frozen and Frozen II together with directors Chris Buck and Jennifer Lee; the former won the Academy Award for Best Animated Feature.

Donald Hall is an American film director, writer, and voice actor at Walt Disney Animation Studios. He is known for co-directing Winnie the Pooh (2011), Big Hero 6 (2014), which was inspired by the Marvel Comics team of the same name, and Moana (2016), along with Ron Clements and John Musker. Big Hero 6 won the Oscar, Golden Globe, and Annie Award for Best Animated Feature in 2015.

Shiyoon Kim is a Korean-American character designer and concept artist for Walt Disney Animation Studios. He is most prominently known for his work on the major motion features: Tangled (2010), Wreck-It Ralph (2012), Big Hero 6 (2014), and Zootopia (2016). Kim currently lives in Los Angeles with his wife.