So Dear to My Heart

So Dear to My Heart is a 1948 American live-action animated feature film produced by Walt Disney, released by RKO Radio Pictures. Its world premiere was in Chicago, Illinois on November 29, 1948. Like 1946's Song of the South , the film combines animation and live action. It is based on the 1943 Sterling North book Midnight and Jeremiah . The book was revised by North to parallel the film's storyline amendments and then re-issued under the same title as the film.

So Dear to My Heart was the final film appearance of Harry Carey.

Set in Indiana in 1903, the film tells the tale of Jeremiah Kincaid (Bobby Driscoll) and his determination to raise a black-wool lamb that was once rejected by its mother. Jeremiah names the lamb Danny for the famed race horse Dan Patch (who is also portrayed in the film). Jeremiah's dream of showing Danny at the Pike County Fair must overcome the obstinate objections of his loving yet tough grandmother Granny (Beulah Bondi). Jeremiah's confidant Uncle Hiram (Burl Ives) is the boy's steady ally. Inspired by the animated figures and stories, the boy perseveres. [5]

The film was nominated for the Academy Award for Best Original Song for Burl Ives's version of the 17th-century English folk song "Lavender Blue," but lost to "Baby, It's Cold Outside" from Neptune's Daughter .

Bobby Driscoll received a special Juvenile Award from the Academy, honoring him as "the outstanding juvenile actor of 1949". [6] (In addition to So Dear to My Heart, he had garnered critical acclaim for his dramatic performance in the RKO melodrama The Window .)

The film is recognized by American Film Institute in this list:

The train depot in the film was later relocated to Ward Kimball's Grizzly Flats Railroad in his backyard. After the railroad closed, John Lasseter relocated it to his property.

So Dear to My Heart was released on home video in 1986. It was then re-released in 1992 and released on video in 1994 as part of the Walt Disney Masterpiece Collection. The film was originally planned for a US DVD release as part of the Walt Disney Gold Classic Collection, but was cancelled, with no particular reason given. Six years after seeing a region 2 DVD release, it was released in the US on DVD in July 2008 as a Disney Movie Club Exclusive.

Song of the South is a 1946 American live-action/animated musical film produced by Walt Disney and released by RKO Radio Pictures. It is based on the collection of Uncle Remus stories as adapted by Joel Chandler Harris, and stars James Baskett as Uncle Remus. The film takes place in the southern United States during the Reconstruction era, a period of American history after the end of the American Civil War and the abolition of slavery. The story follows seven-year-old Johnny who is visiting his grandmother's plantation for an extended stay. Johnny befriends Uncle Remus, one of the workers on the plantation, and takes joy in hearing his tales about the adventures of Br'er Rabbit, Br'er Fox, and Br'er Bear. Johnny learns from the stories how to cope with the challenges he is experiencing while living on the plantation. 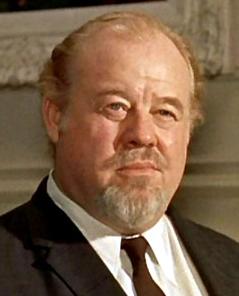 Burl Icle Ivanhoe Ives was an American singer and actor of stage, screen, radio and television.

"Lavender's Blue" is an English folk song and nursery rhyme dating to the 17th century. It has a Roud Folk Song Index number of 3483. It has been recorded in various forms since the 20th century and some pop versions have been hits in the US and UK charts. 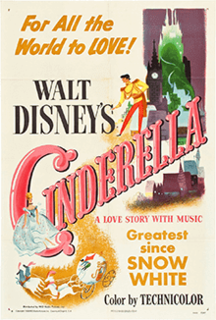 Cinderella is a 1950 American animated musical fantasy film produced by Walt Disney and originally released by RKO Radio Pictures. Based on the fairy tale of the same name by Charles Perrault, it is the 12th Disney animated feature film. The film was directed by Clyde Geronimi, Hamilton Luske, and Wilfred Jackson. Mack David, Jerry Livingston, and Al Hoffman wrote the songs, which include "Cinderella", "A Dream Is a Wish Your Heart Makes", "Sing Sweet Nightingale", "The Work Song", "Bibbidi-Bobbidi-Boo", and "So This is Love". It features the voices of Ilene Woods, Eleanor Audley, Verna Felton, Rhoda Williams, James MacDonald, Luis van Rooten, Don Barclay, Mike Douglas, William Phipps, and Lucille Bliss. 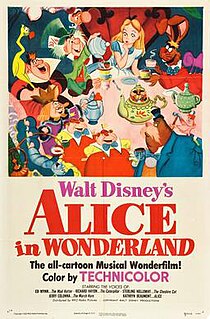 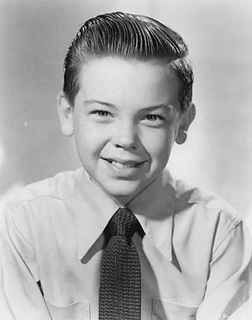 Robert Cletus Driscoll was an American child actor and artist, known for his film and TV performances from 1943 to 1960. He starred in some of the Walt Disney Studios' best known live-action pictures of that period, such as Song of the South (1946), So Dear to My Heart (1949), and Treasure Island (1950). He served as animation model and provided the voice for the title role in Peter Pan (1953). He received an Academy Juvenile Award for outstanding performance in two feature films released in 1949, for his roles in So Dear to My Heart and The Window.

Peter Pan is a 1953 American animated musical fantasy adventure-drama produced by Walt Disney Productions and was based on the 1904 play Peter Pan, or The Boy Who Wouldn't Grow Up by J. M. Barrie. Directed by Clyde Geronimi, Hamilton Luske and Wilfred Jackson, it is the 14th Disney animated feature film and was originally released on February 5, 1953 by RKO Radio Pictures. Peter Pan was the final Disney animated feature released through RKO before Walt Disney founded his own distribution company, Buena Vista Distribution, later in 1953 after the film was released. Peter Pan is also the final Disney film in which all nine members of Disney's Nine Old Men worked together as directing animators. It is also the second Disney animated film starring Kathryn Beaumont, Heather Angel, and Bill Thompson, who co-starred together in the 1951 animated feature Alice in Wonderland.

Melody Time is a 1948 American hybrid musical film and the tenth theatrically released animated feature produced by Walt Disney. It was released to theatres by RKO Radio Pictures on May 27, 1948. Made up of seven segments set to popular music and folk music, the film is, like Make Mine Music before it, the popular music version of Fantasia. Melody Time, while not meeting the artistic accomplishments of Fantasia, was mildly successful. It is the fifth Disney package film following Saludos Amigos, The Three Caballeros, Make Mine Music, and Fun and Fancy Free. 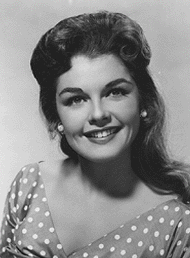 Radio Disney Jams are a series of CD compilations of music featured on Radio Disney, a children's radio network.

Summer Magic is a 1963 Walt Disney Productions family musical film directed by James Neilson, and starring Hayley Mills, Burl Ives, and Dorothy McGuire in a story about an early 1900s Boston widow and her children taking up residence in a small town in Maine. The film was based on the novel Mother Carey's Chickens by Kate Douglas Wiggin. It was the fourth of six films that Mills appeared in for Disney, and the young actress received a Golden Globe nomination for her work.

The Window is a 1949 American black-and-white suspense film noir, based on the short story "The Boy Cried Murder" by Cornell Woolrich about a lying boy who suspects that his neighbors are killers. The film, which was a critical success, was produced by Frederic Ullman Jr. for $210,000 but earned much more, making it a box office hit for RKO Pictures. The film was directed by Ted Tetzlaff, who worked as a cinematographer on over 100 films, including another successful suspense film, Alfred Hitchcock's Notorious (1946). For his performance in this film, Bobby Driscoll was presented with a miniature Oscar statuette as the outstanding juvenile actor of 1949 at the 1950 Academy Awards ceremony.

The One and Only, Genuine, Original Family Band is a 1968 American live-action musical film from Walt Disney Productions. Distributed by Buena Vista Distribution, the film is based on a biography by Laura Bower Van Nuys, directed by Michael O'Herlihy, with original music and lyrics by the Sherman Brothers. Set against the backdrop of the 1888 presidential election, the film portrays the musically talented Bower family, American pioneers who settle in the Dakota Territory.

Midnight and Jeremiah is a 1943 children's book written by Sterling North and illustrated by Kurt Wiese. It concerns a boy named Jeremiah who adopts a black baby lamb and as the story progresses they share a strong bond. Midnight and Jeremiah was the basis for the 1949 film So Dear to My Heart, whose title was used for a revised edition, published in 1948, of the original book. 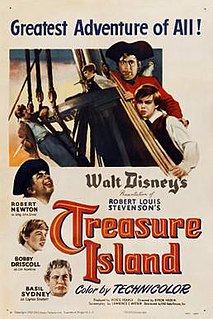 Treasure Island is a 1950 live action adventure film produced by Walt Disney Productions, adapted from Robert Louis Stevenson's 1883 novel. Directed by Byron Haskin, it stars Bobby Driscoll as Jim Hawkins and Robert Newton as Long John Silver. Treasure Island is notable for being Disney's first completely live-action film and the first screen version of Treasure Island made in color. It was filmed in England on location and at Denham Film Studios, Buckinghamshire.

The Best Of Disney Volume 2 is a compilation album of musical highlights from Disney film favorites.

Robert William Haymes, also known by the stage names Robert Stanton and Bob Stanton, was an American singer, songwriter, actor and radio and television host. He is best remembered for co-writing the song "That's All", part of the Great American Songbook. He was the younger brother of singer and actor Dick Haymes.

Lawrence L. "Larry" Morey was an American lyricist and screenwriter. He co-wrote some of the most successful songs in Disney films of the 1930s and 1940s, including "Heigh-Ho", "Some Day My Prince Will Come", and "Whistle While You Work"; and was also responsible for adapting Felix Salten's book Bambi, A Life in the Woods into the 1942 Disney film, Bambi.

The Music of Disney: A Legacy In Song is a 1992 three disc set of Disney songs spanning eight decades that were originally recorded from 1928 to 1991.

Eliot Daniel was an American songwriter and lyricist who worked primarily in motion pictures. His most well-known composition is the theme from the television sitcom I Love Lucy.