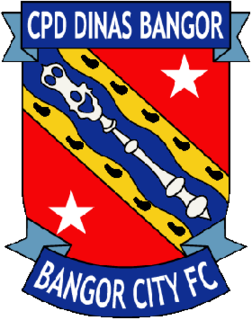 Wantage Town Football Club is a football club based in Wantage, Oxfordshire that currently play in the Southern League Division One Central. The club is affiliated to the Berks & Bucks Football Association.

Colwyn Bay Football Club is a football club based in Old Colwyn in north Wales. They are currently members of the Cymru North, the second tier of the Welsh football pyramid. Nicknamed the Seagulls, but also known as 'The Bay', their home ground is Llanelian Road in Old Colwyn. 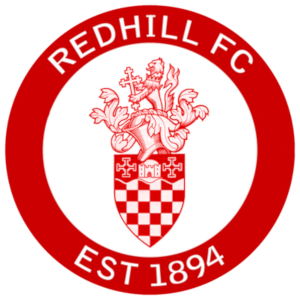 Redhill F.C. is an English football club based in Redhill, Surrey. The club are currently members of the Combined Counties League Premier Division South and play at Kiln Brow. The club is affiliated to the Surrey County Football Association

Stony Stratford Town F.C. is a football club based in Stony Stratford, a constituent town of Milton Keynes, Buckinghamshire, England. The Senior Team are currently members of the North Bucks & District League Division One and play at Ostler's Lane.

The North Bucks & District Football League, commonly referred to as simply the North Bucks League, is a competition affiliated to the Berks & Bucks County Football Association featuring amateur association football clubs primarily in Northern Buckinghamshire, England, although there are members from the surrounding counties of Oxfordshire, Northamptonshire and Bedfordshire. The league was established in 1911 and is split into four divisions: the Premier Division, the Intermediate Division, Division One and Division Two, which sit in the 12th to 15th tiers of the English football league system. The Premier Division sits immediately below the lowest level of the National League System – Step 7.

Llandudno Football Club are a Welsh football team that currently play in the Cymru North. They play their games at The Giant Hospitality Stadium in Llandudno, Conwy County Borough, North Wales. The club play in the Cymru North for the 2019–20 season after being relegated after losing to Carmarthen Town on 7 April 2019.

Barmouth & Dyffryn United Football Club is a Welsh football club based in the coastal town of Barmouth, Gwynedd, also representing the nearby town of Dyffryn Ardudwy. They play in the Mid Wales Football League West Division. The "Magpies" play their games at the Wern Mynach. Barmouth also have a strong youth team, with many players who played for Barmouth playing for football league academies in Wales. The Magpies won the league in 2011 after a hard working season, Barmouth also compete in the Football Association of Wales cup competitions, along with cup competitions sanctioned by the North Wales Coast Football Association.

Newbury Football Club are a football club based in Newbury, Berkshire, England. They are currently members of the Hellenic League and play their homes games at the Lambourn Sports Ground. 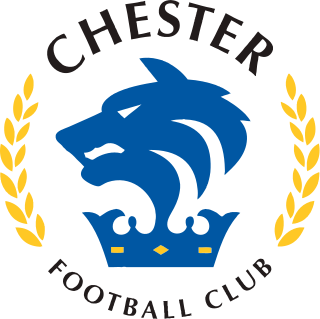 Chester Football Club is an association football club based in Chester. They are currently members of the National League North, the sixth tier of English football, and play at the Deva Stadium.

Abergavenny Town Football Club is a Welsh association football club based in the town of Abergavenny, Monmouthshire, The team play in the Ardal Leagues South East, tier 3 of the Welsh football pyramid. They play at Pen-Y-Pound Stadium in Abergavenny.

FC Nomads of Connah's Quay, also known as FC Nomads, is an association football club in Connah's Quay Flintshire, Wales. It was founded in 2009 when, during the 2008–09 season, stories started to circulate that Connah's Quay may lose its football team for the first time since 1890, and that they might merge with local rivals Flint. A group of long time supporters and local football experts set out to preserve football in Connah's Quay. In July 2019 the club announced that they had withdrawn from the league but had not folded.

Cefn Albion Football Club is a Welsh football club from the village of Cefn Mawr in Wrexham County Borough. The club was founded in 2013 and plays in the Ardal Leagues North East, in the third tier of the Welsh football league system.

Rhostyllen Football Club is a Welsh football club from Rhostyllen in Wrexham County Borough. The club was founded in 2015 and plays in the Ardal Leagues North West, which is at tier 3 of the Welsh football pyramid.