The Swansea Senior Association Football League or Swansea Senior League, is a league competition featuring non-professional association football clubs in the area of Swansea, south Wales. The league consists of seven divisions, three for "first teams" and four for "reserves" and lower teams. The top division, Division One is just below West Wales Premier League, and therefore sits at level 5 of the Welsh football pyramid.

Formed in 1901 as the Swansea Junior League, the first organised league in the Swansea area launched a Senior League in 1903–04, followed in 1904–05 by a name change to the Swansea & District League. [1] The league was suspended during World War I. [2] During the 1921–22 and 1922–23 seasons, the league expanded to include a Gower Division and a Neath Division.

The following clubs are competing in the Swansea Senior Football League during the 2019–20 season. [6]

The first league cup competition was held in 1908–09 with Mond Nickel Works being winners. They were successful in all the pre-World War competitions apart from the 1910–11 season when they were knocked out at the semi-final stage by Swansea United. A partial list of the winners of the Senior Cup competition can be found below.

George Scratchley Brown was a United States Air Force general who served as the chairman of the Joint Chiefs of Staff. In this capacity, he served as the senior military adviser to the president of the United States, the National Security Council and the secretary of defense. Through the commanders of the unified and specified commands, he was also responsible for executing the decisions of the National Command Authorities regarding worldwide readiness and employment of combat forces of the United States Army, Navy, Air Force and Marine Corps. 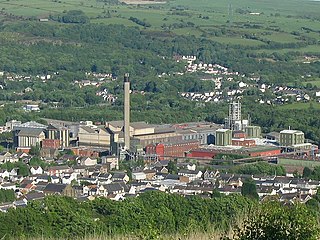 Clydach is both a village and a community in Swansea, Wales, within the Clydach ward and the Llangyfelach parish. It is located 6 miles (9.7 km) northeast of Swansea city centre. In 2011, the population was 7,503. Welsh is the first language of 24 per cent of the population and both Welsh and English language schools are available. The village lies close to the M4 motorway which can be accessed via the bypass or old road via Ynystawe. The community includes part of the village of Glais. 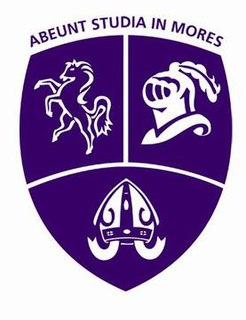 Chislehurst and Sidcup Grammar School is a mixed-sex grammar school with academy status located in Hurst Road (A222), Sidcup in the London Borough of Bexley, England. It is located adjacent to Lamorbey Park, the Rose Bruford College drama school and Hurstmere School. Pupils at the school are divided into a series of six houses, known as Davies, Edlmann, Lester, Townshend, Williams, and Staff, while an annual school magazine, The Chronicle, is also produced by the students. The current head teacher, Nigel Walker, has held his position since 2009.

Gordon Watson is an English former professional footballer who played as a forward.

Radomir “Raša” Šaper, was a professor and Vice-Dean at the Faculty of Technology and Metallurgy of the University of Belgrade, a member of the Yugoslav national basketball team and, later, an official of the Basketball Federation of Yugoslavia and President of the Technical Commission of FIBA. He was awarded the FIBA Order of Merit in 1999, and was inducted into the FIBA Hall of Fame, in 2007.

Pontardawe Town F.C. are a football club based in the town of Pontardawe. They play in the Ardal Leagues South West, the third tier of the Welsh football pyramid.

South Gower A.F.C. is a football club based in Scurlage in Wales, currently playing in the West Wales Premier League, having the previous season been part of the Swansea Senior Football League Division Two. They have previously played in the Welsh Football League.

Christopher Clarke Cottle is an American lawyer and jurist, who served as the Presiding Justice of the California Sixth District Court of Appeal from 1993 to 2001, Associate Justice of that court from 1988 to 1993, and District Attorney of Santa Cruz County from 1975 to 1977. Cottle holds the unusual status of having been appointed to judgeships by both Democratic and Republican governors. He is also a former captain of the Stanford University football team.

The 2012–13 season was the 121st season in Liverpool Football Club's existence, and their 51st consecutive year in the top flight of English football. 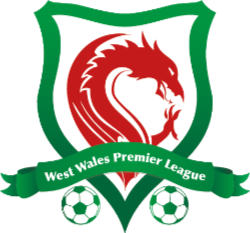 Penlan Club Association Football Club is an amateur Welsh football team based in Penlan, Swansea, Wales. They play in the West Wales Premier League which is in the fourth tier of the Welsh football league system.